Fashion has always been about change, and the transition from 1940s fashion to fifties’ style was a pretty radical one.

Post-war, 1950s fashion moved style from the salons to the streets, as inventions in easy care fabrics and speedier manufacturing systems meant that new silhouettes could be made for the masses. Having the latest trends was no longer a concept reserved exclusively for the rich, and while people hadn’t quite reached the street style heyday of the 1960s fashion scene, style was more accessible than ever before. 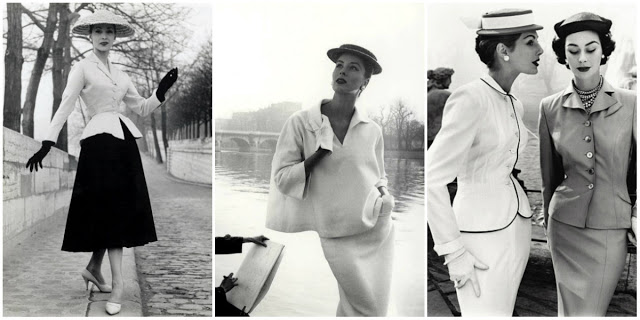 It was an era like no other for spotting future fashion and beauty icons, too, as newcomers Marilyn Monroe, Brigitte Bardot and Audrey Hepburn were the first to showcase new ideas – from the bikini to the IT bag and Christian Dior’s New Look. 1950s fashion was, without doubt, one of the industry’s favourite decades. 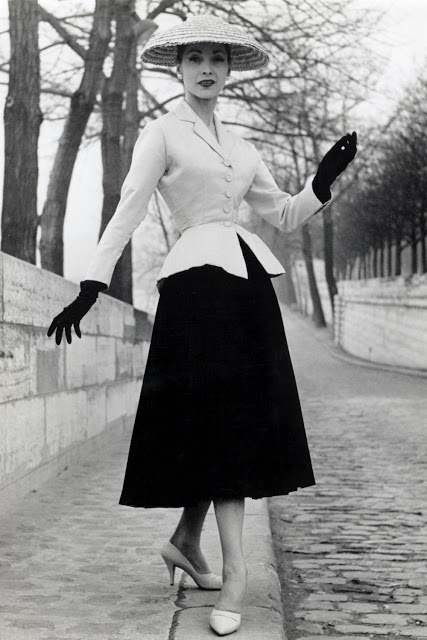 Actually unveiled in 1947, but without doubt the defining silhouette of the decade ahead, Dior’s New Look redefined women’s wardrobes in the 1950s. His nipped, hourglass shapes heralded a new era of womanliness and after years of fashion oppression and fabric rationing during the Second World War, the lady was back and looking better than ever. 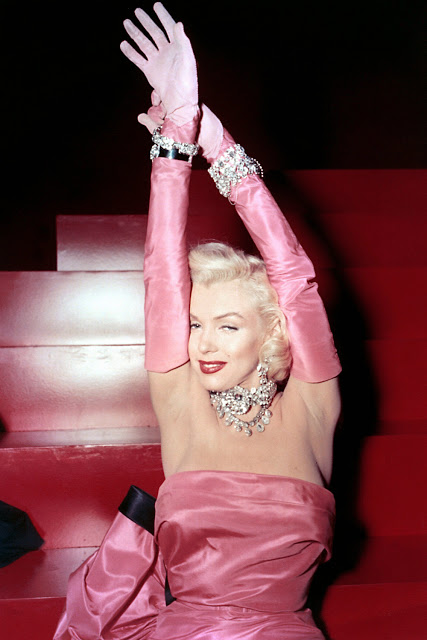 Gentlemen Prefer Blondes launched Miss Marilyn’s career in 1953, and an international sex symbol and style sensation was born. One of the greatest and most recognizable fashion and beauty icons of all time, she defined glamour for a generation when she belted out Diamonds Are A Girl’s Best Friend. They really don’t make ’em like this any more. 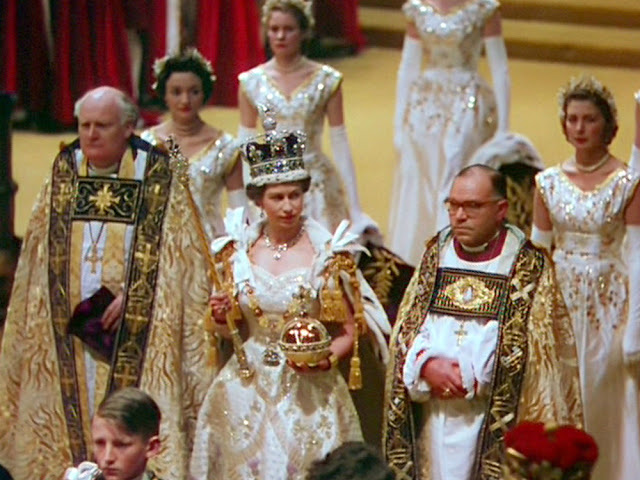 Queen Elizabeth II’s 1950s fashion
Recently recreated in The Crown, over 20 million loyal fashion subjects tuned in to watch the Queen’s Coronation back in 1953 and, perhaps more importantly, to see that Norman Hartnell dress. While her mother’s wedding dress was one of the biggest 1920s fashion moments, Queen Elizabeth’s Coronation was even more so in the fifties. Elizabeth didn’t disappoint on the bling factor either, working a gold tassel cape, rich embroidery and ‘more is more’ jewellery on her big day. All hail our new style Queen. 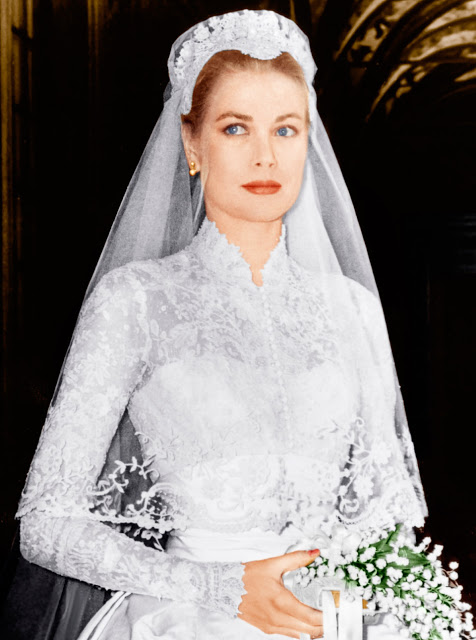 Grace Kelly’s 1950s fashion
Both on and off screen actress Grace Kelly’s outfits were some of the most talked about (and copied) of the decade, but her wedding to Prince Rainer III of Monaco in 1956 called for a bigger and better dress than any she’d worn before. Still cited as one of the most memorable, elegant wedding dresses of all time, her Helen Rose gown even went on to inspire a future royal bride-to-be – Kate Middleton. Now that’s what you call timeless appeal. 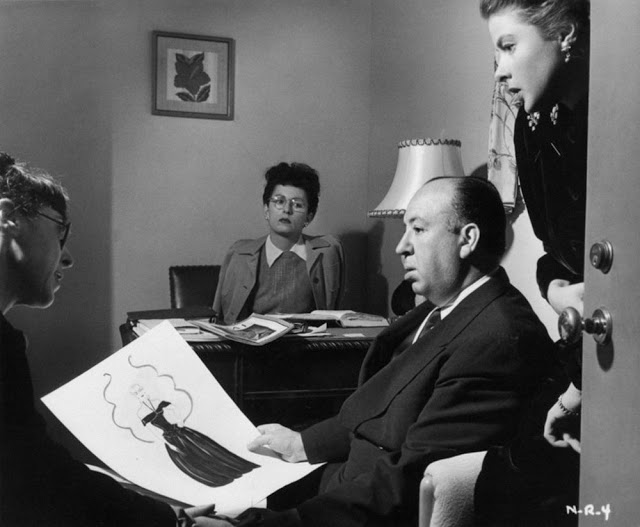 Alfred Hitchcock and Edith Head’s 1950s fashion
The legendary director and his go-to Hollywood costume designer were a formidable team, giving us some of the greatest on-screen fashion moments ever – sometimes completely by chance. A Hitchcock heroine was nothing without her accessories, as Grace Kelly proved over and over again in To Catch A Thief, even giving us the first ever IT bag. Hitchcock and Head increased the costume budget to allow Grace’s character Francie to carry an Hermès bag and a few years later, the style was renamed the Kelly in her honour. 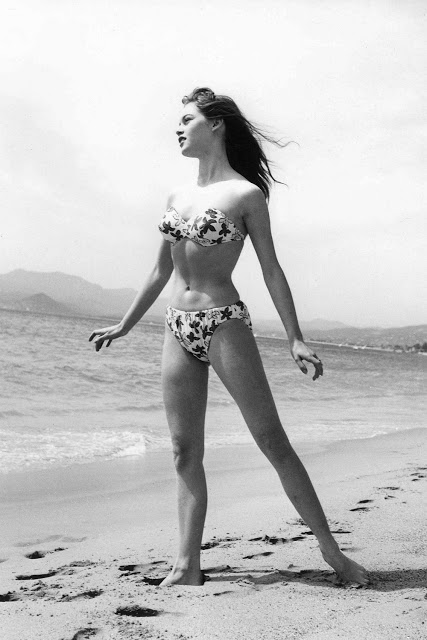 Brigitte Bardot’s 1950s fashion
The scene is from the Cannes Film Festival, 1953. Newcomer Bardot is stealing the show, working a hot floral bandeau as only she can. The bikini was invented in 1946 and by the mid 50s, every movie star worth their bombshell status was grabbing headlines by parading the new risqué style on the beach. But it was Brigitte who worked it first, securing the bikini’s status as the must-have fashion item – and her own future career in the process. 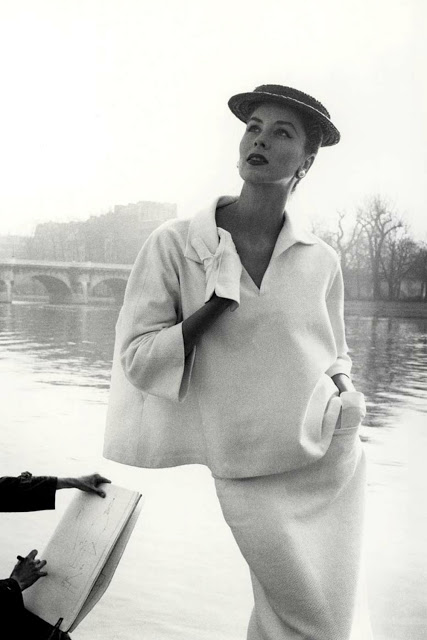 Cristobal Balenciaga’s 1950s fashion
Like Dior, Balenciaga’s influence on the 1950s silhouette is now legendary. Between 1953 and 1957 he gave us the balloon jacket, the tunic dress, empire lines and baby dolls – all contributing to a fluid but feminine look. 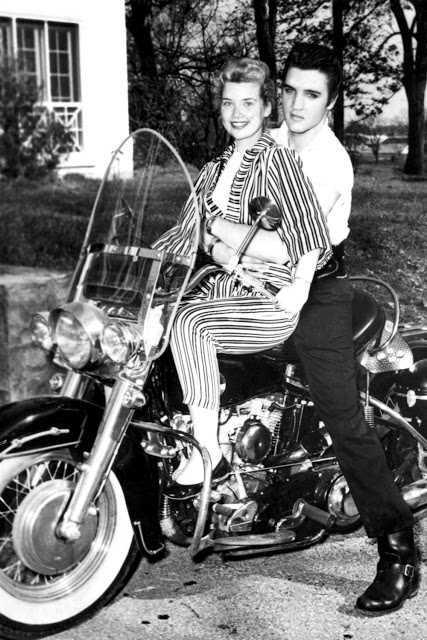 Elvis Presley’s 1950s fashion
Swoon. The poster boy of 1950s fashion invented his own brand of preppy Rockabilly, giving us biker chic, guyliner and high waisted trousers way before Simon Cowell got his hands on them. With his first album release in 1956, Elvis made his mark on both men’s and women’s wardrobes in the late fifties, securing his place on the world’s pop culture radar forever. 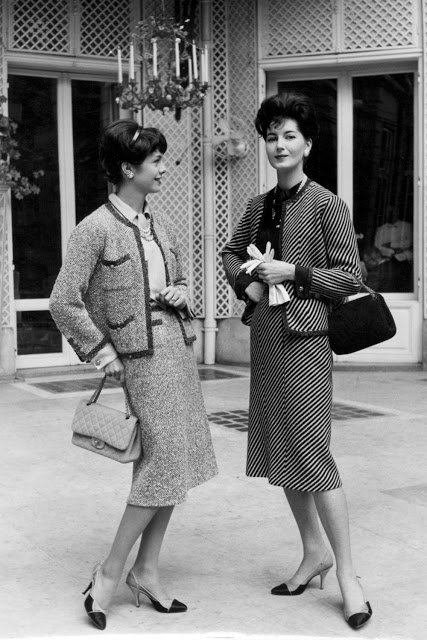 Chanel 1950s fashion
Coco Chanel was already making big waves in the 1920s and 1930s fashion industry before the war, but she had another major trick up her (stylish) sleeves when it came to the 1950s. Introducing ‘the Chanel suit’ as we still know it today; a slim tweed number with contrasting bound edges which aimed to offer an elegant but looser alternative to all those New Look nipped waists. Now a fashion icon in its own right, the Chanel suit was reinvented season after season by Coco Chanel’s successor, Karl Lagerfeld. 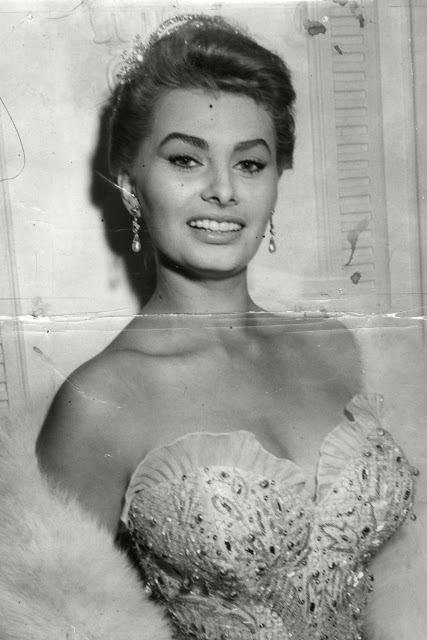 Sophia Loren’s 1950s fashion
Another major fashion and beauty icon who first came into the spotlight in the 1950s? Yes, really; Italian pin-up Sophia Loren landed her first acting role in Aida in 1953 and became as renowned for her quick wit as much as her looks (that eyeliner, though). ‘Everything you see, I owe to spaghetti,’ she once quipped back to a reporter who commented on her natural hourglass figure. Now there’s an IT girl diet we can get on board with. 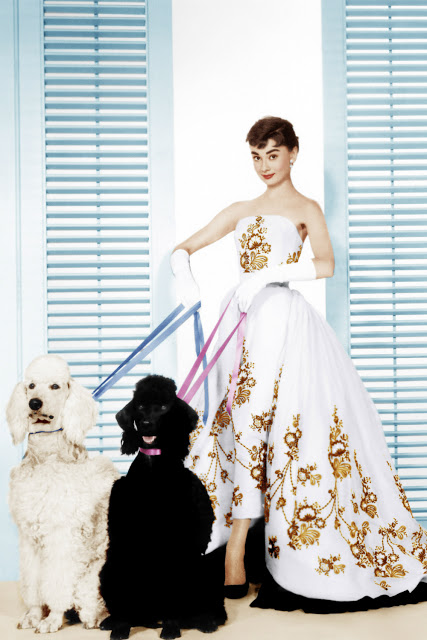 Audrey Hepburn and Givenchy 1950s fashion
A lead role in Roman Holiday kicked off Audrey Hepburn’s career in 1953 and, as the parts came flooding in, the world’s new favourite on-screen beauty knew she’d need a better wardrobe. Cue Hubert de Givenchy, a then little-known Parisian designer ready to make his fashionable mark on the big screen. Givenchy’s first costume design was the gold embroidered gown below for Audrey’s character Sabrina in 1954. The results were so beautiful that the pair became firm friends and Givenchy went on to make many more of the star’s costumes, including THAT little black dress in Breakfast At Tiffany’s. There’s no doubt about it, Hepburn and Givenchy’s collaborations were genius, and their relationship helped shape 1950s fashion.

Posted by Yesterday Today at 11:33 AM