Sarah, Victoria, Isabella, Grace, Naomi, Dora and Mary: the seven Sutherland sisters were born in quick succession between 1846 and 1865. They were raised in a small log cabin in Niagara County, New York State. Education was a luxury, shoes were worn only on Sundays, the girls’ dresses were sewn from burlap and their mother concocted a homemade dressing for their hair, the smell of which made them unpopular at school. It might have been Mrs Sutherland’s potion, or maybe it came naturally, but by the time they were teenagers, the sisters had transformed into dark-haired Lady Godivas, with 37 feet of hair among them.

They were America's first celebrity models. In the 1880s, fashion's era of bustles and puffs, they became one of the sexiest, most popular performing attractions in The Greatest Show on Earth, claiming a World Record for the longest haired family. P.T. Barnum called them "the seven most pleasing wonders of the world" as they attracted great throngs along the glittering midway. They came from the poverty of Cambria, New York, a rural farm community, and rode their dynamic singing talent and exotic looks to wealth and international fame, becoming global trendsetters, and even marrying into royalty. Their magical quality for personal and public reinvention made them divine. 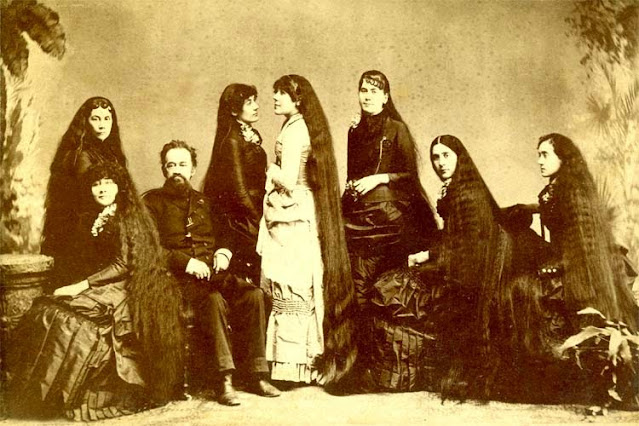 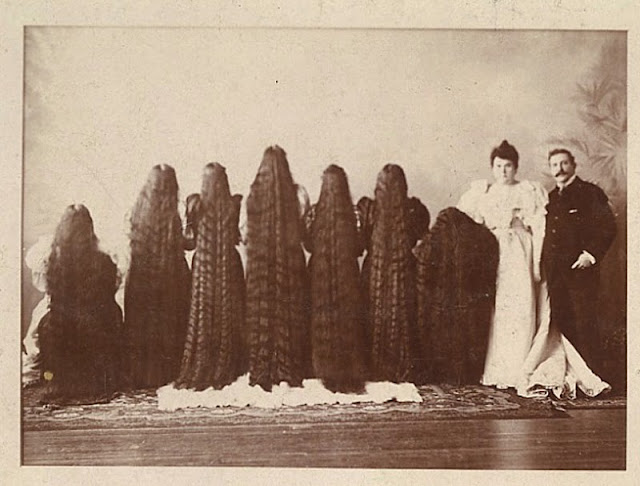 The sisters from behind. 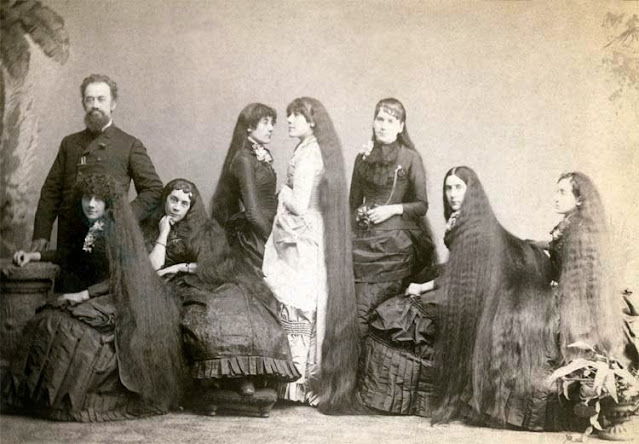 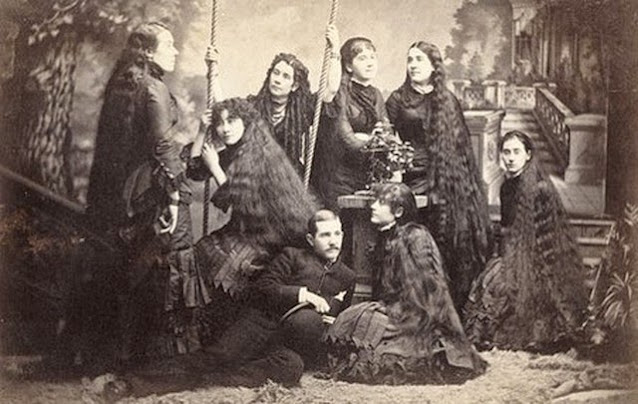 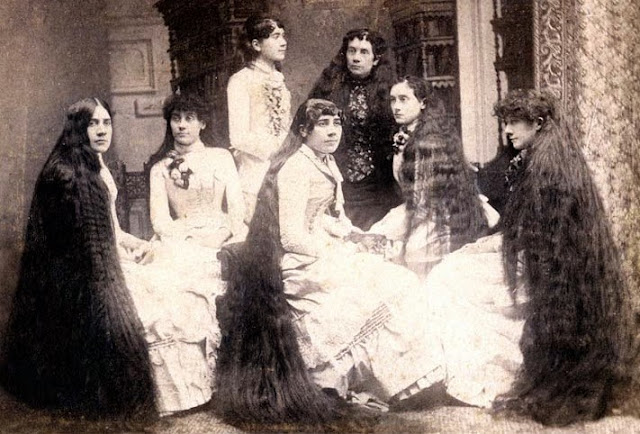 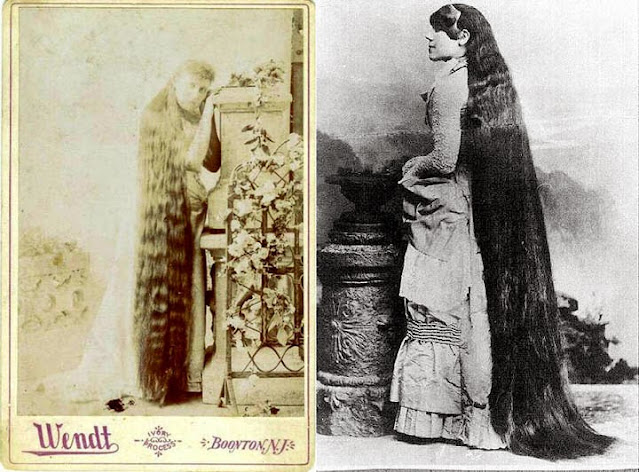 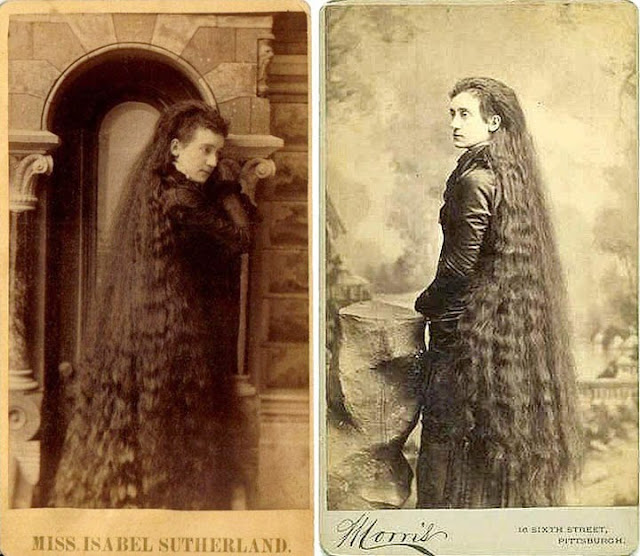 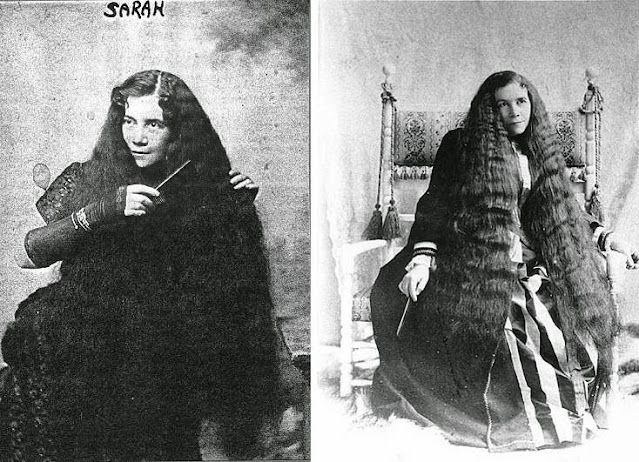 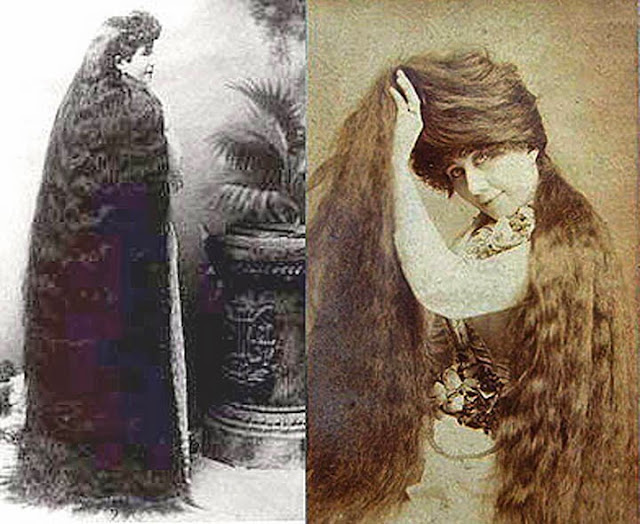 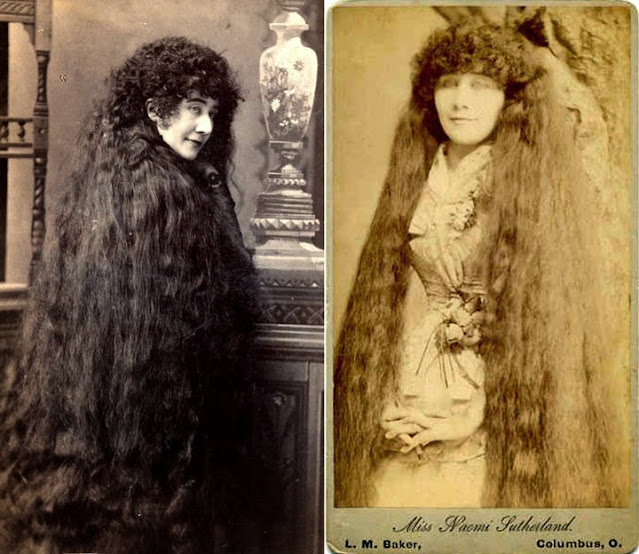 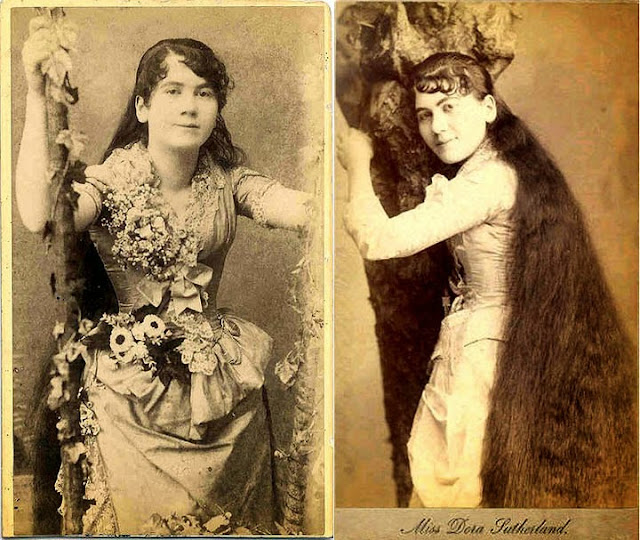 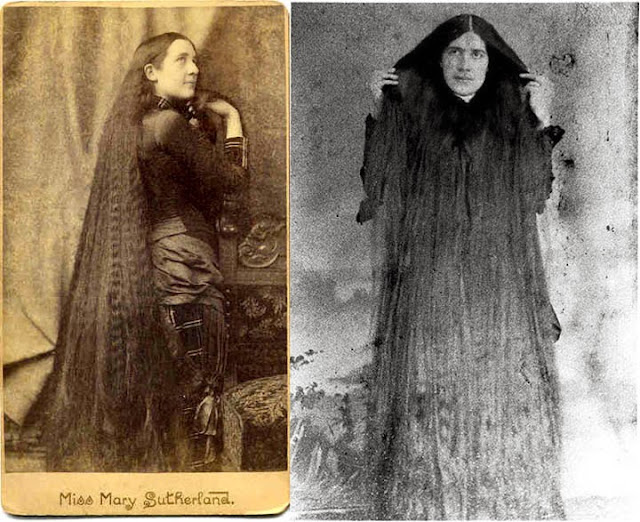 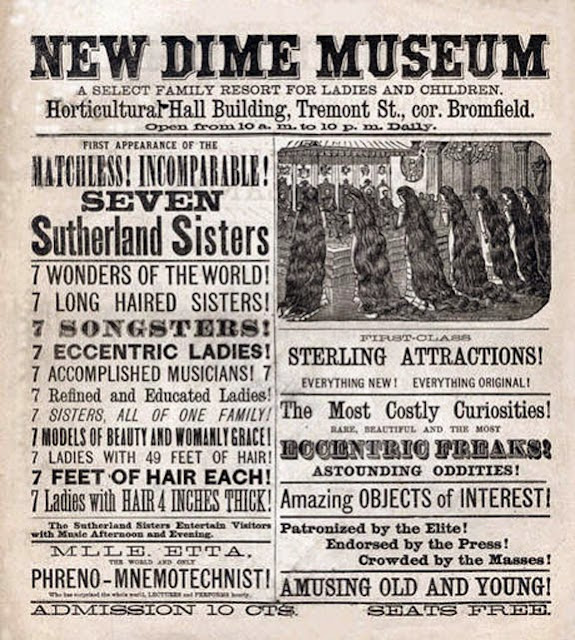 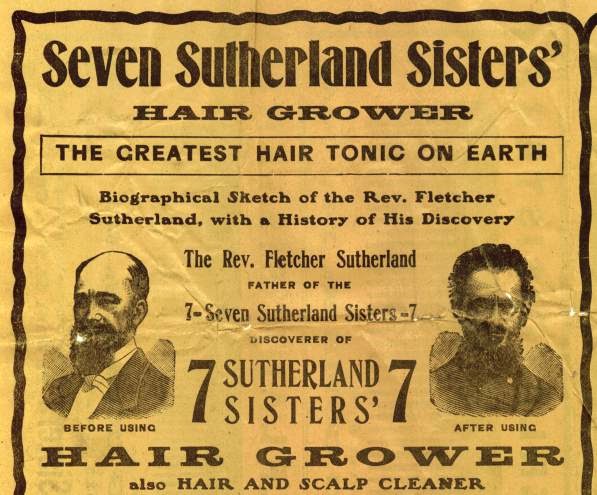 An advertisement featuring the reverend sold the Seven Sutherland Sisters Hair Grower as a miracle cure for balding. 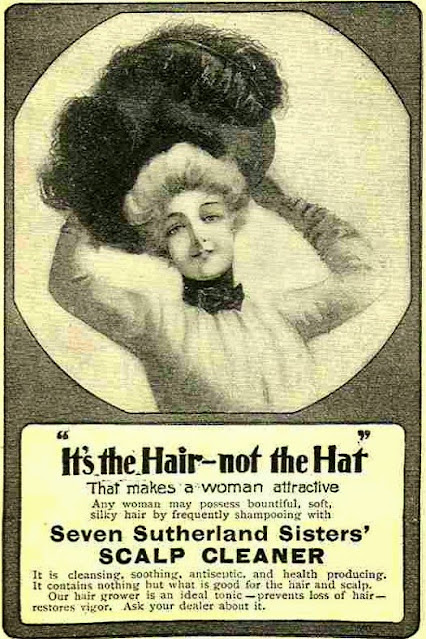 The Sutherland Sisters appealed to Edwardians with their “It’s the Hair—not the Hat” motto. 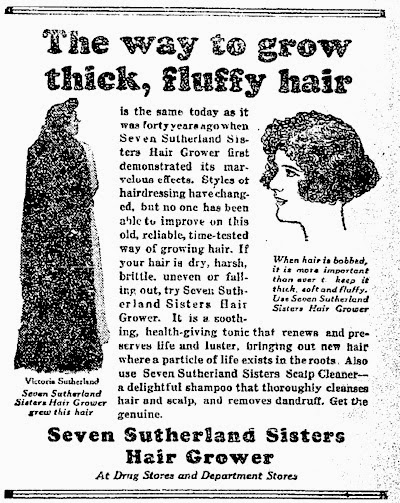 A Sutherland ad from the 1910s attempted to adopt their product to the new bobbed hairstyles of the time.

The box for a bottle of the Seven Sutherland Sisters Hair Fertilizer.