The Mercedes-Benz 190 SL is a two-door luxury roadster produced by Mercedes-Benz between May 1955 and February 1963. Internally referred to as W121, it was first shown in prototype at the 1954 New York Auto Show, and was available with an optional removable hardtop.

The 190 SL presented an attractive, more affordable alternative to the exclusive Mercedes-Benz 300 SL, sharing its basic styling, engineering, detailing, and fully independent suspension. Both cars had double wishbones in front and swing axles at the rear. Instead of the 300 SL’s expensive purpose-built W198 tubular spaceframe the 190 SL rode on a shortened monocoque R121 platform modified from the W121 small saloon.

The car was available either as a soft-top convertible or with removable hardtop). A small third-passenger transverse seat was optional. During its first years the 190 SL was available as a sports-racing model with small perspex windscreen and spartan one-piece leather covered bucket seats and aluminum doors.

Below are some photographs from a Mercedes-Benz’s factory in 20, 1958. 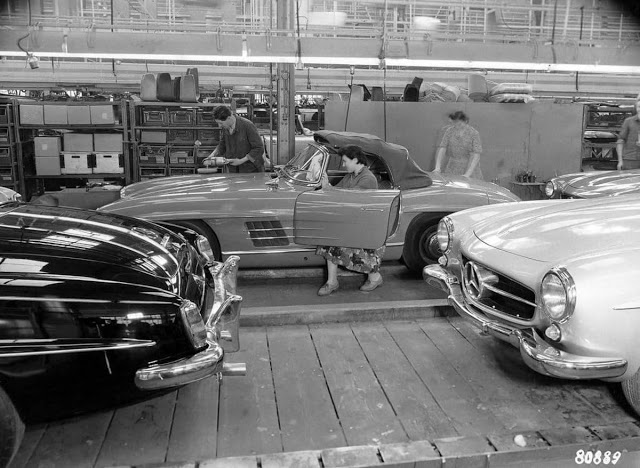 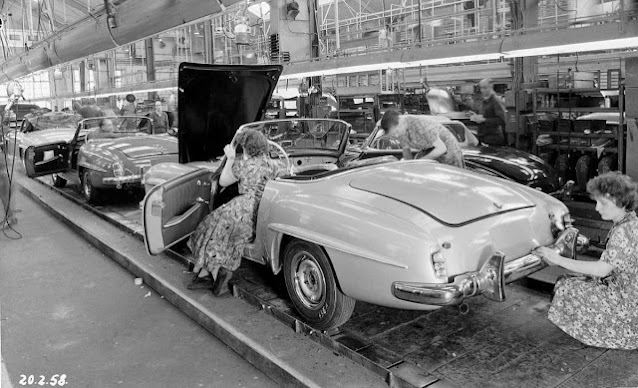 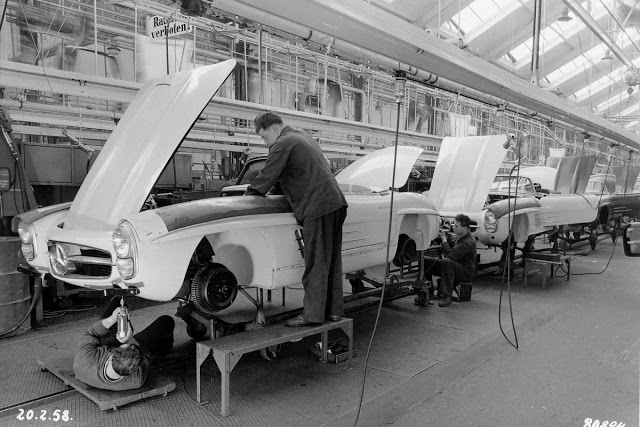 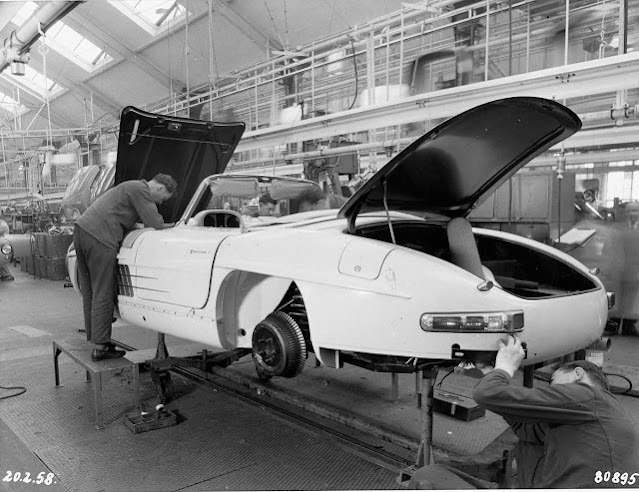 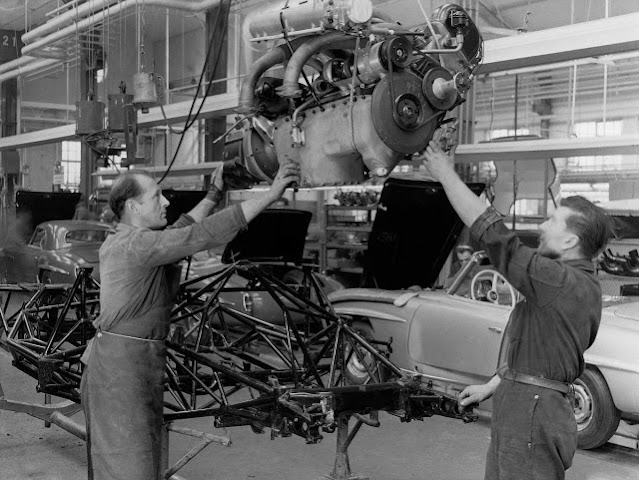 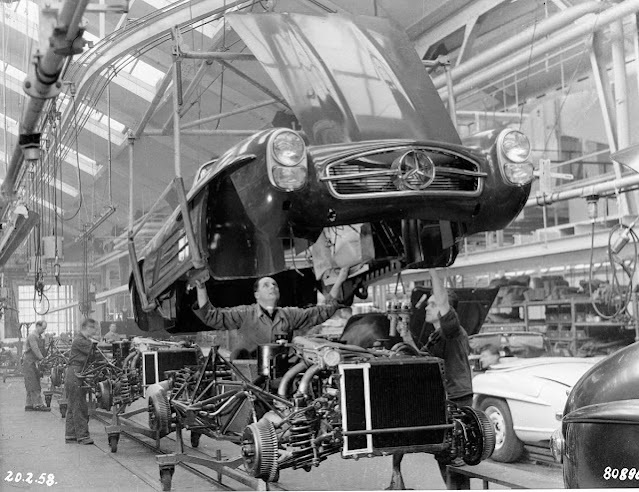 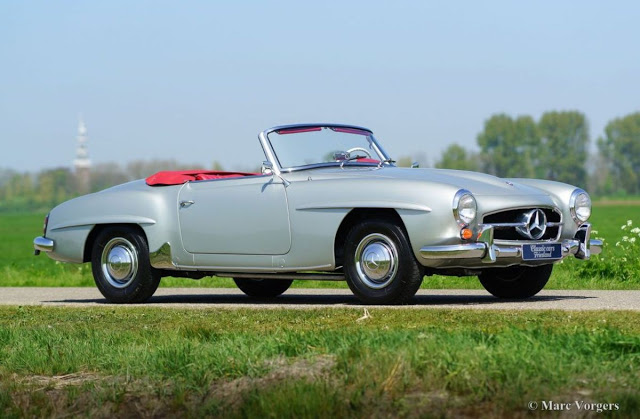 Posted by Yesterday Today at 2:04 PM