Agfacolor was the name of a series of color film products made by Agfa of Germany. The first Agfacolor, introduced in 1932, was a film-based version of their Agfa-Farbenplatte (Agfa color plate), a "screen plate" product similar to the French Autochrome.

In late 1936 Agfa introduced Agfacolor Neu (New Agfacolor), a pioneering color film of the general type still in use today. The new Agfacolor was originally a reversal film used for making "slides", home movies and short documentaries. By 1939 it had also been adapted into a negative film and a print film for use by the German motion picture industry.

After World War II, the Agfacolor brand was applied to several varieties of color negative film for still photography, in which the negatives were used to make color prints on paper. The reversal film was then marketed as Agfachrome.

These fabulous agfacolor slides were found by apfelauge that show portrait of an unknown German woman in the late 1930s. 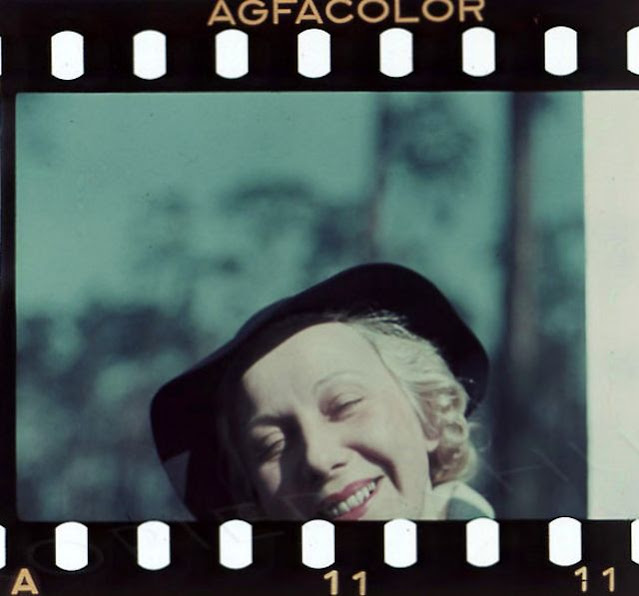 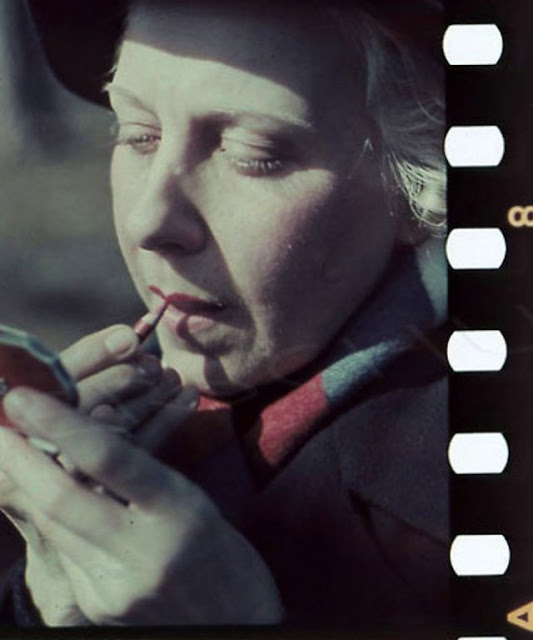 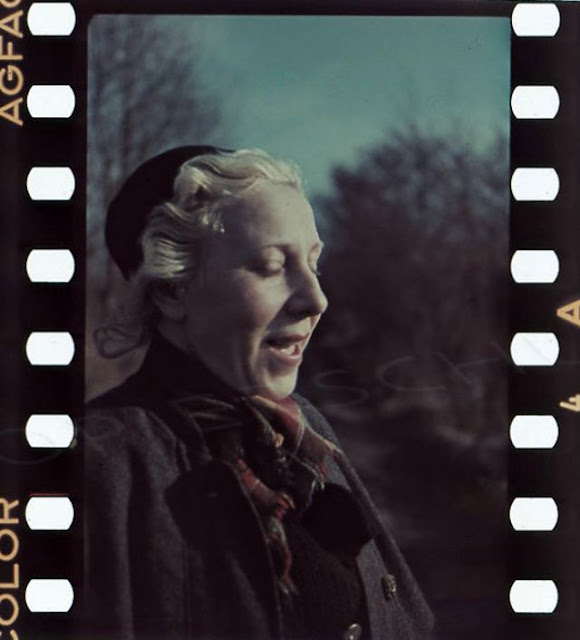 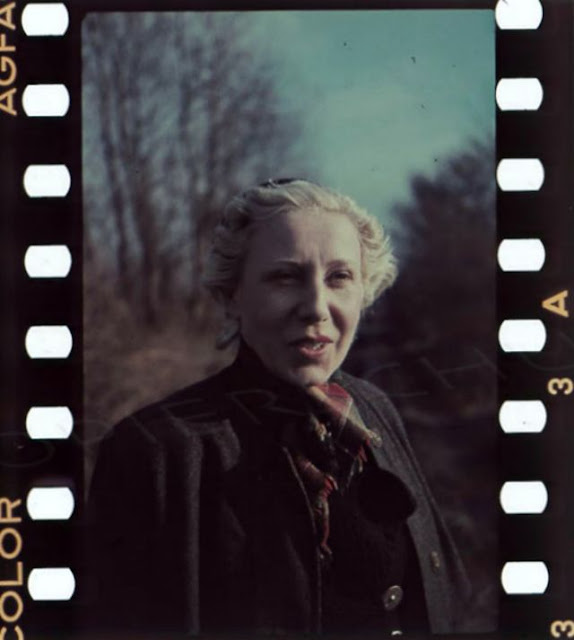 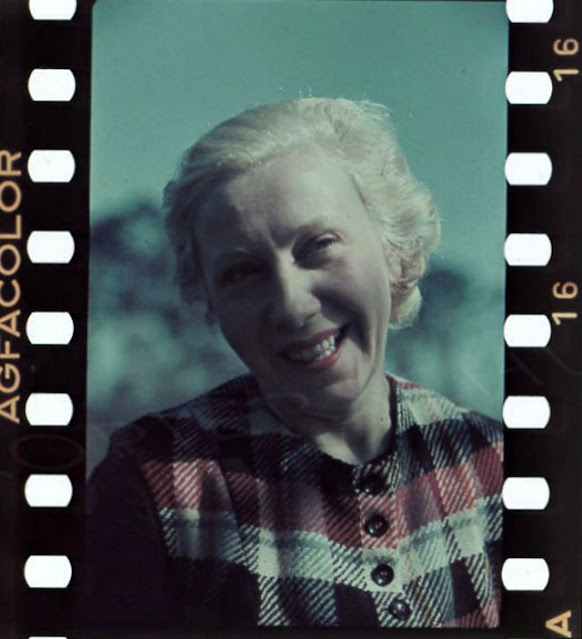 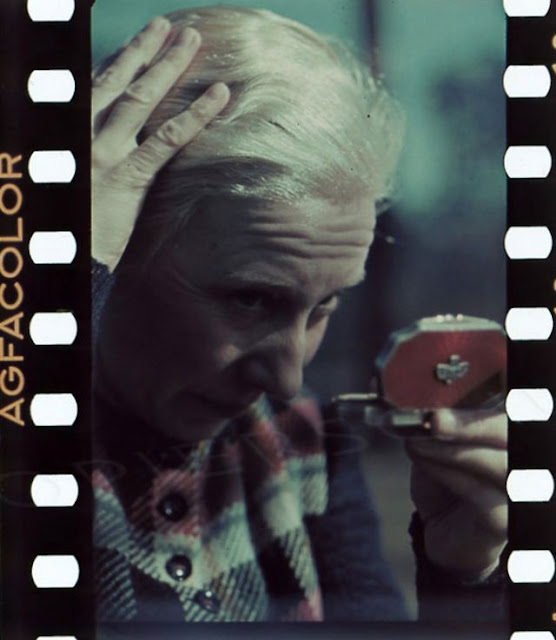 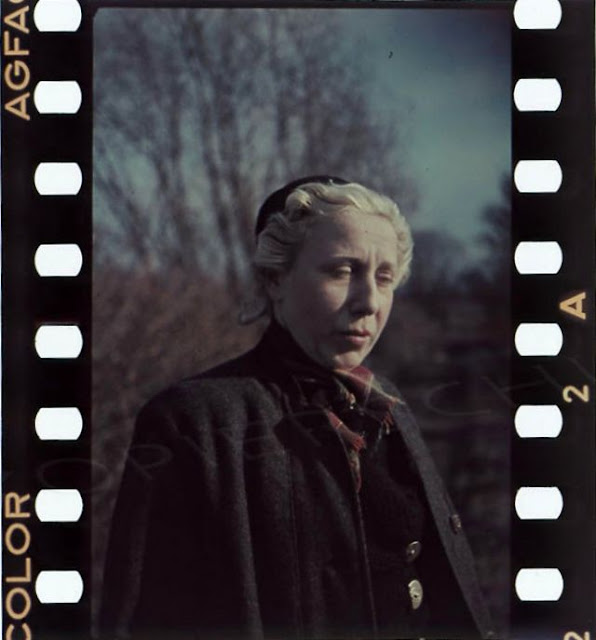 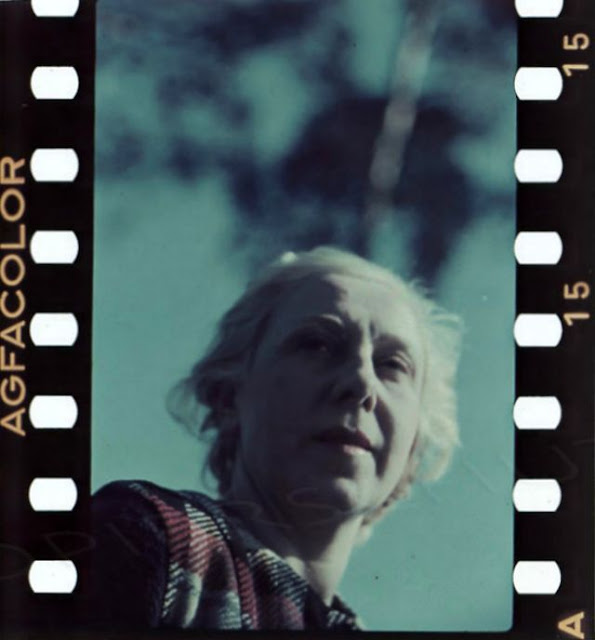 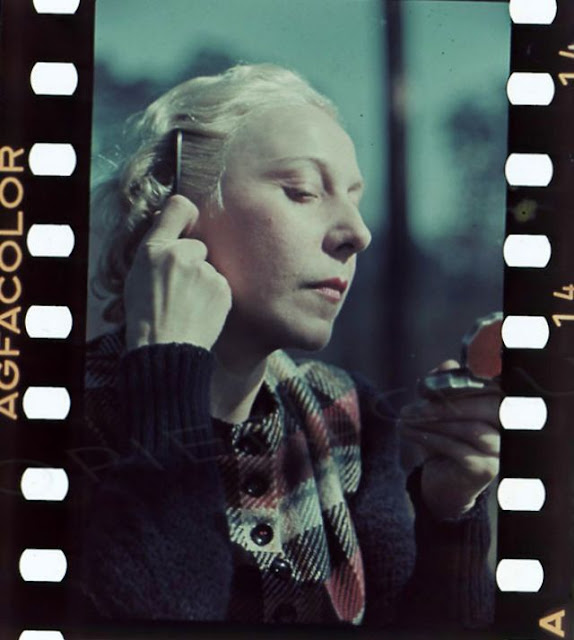 Posted by Yesterday Today at 11:57 AM