Had Joseph Louw decided to finish his dinner on April 4, 1968, the photographs that captured the horror of Martin Luther King Jr.’s assassination may never have come to be. Louw, a young South African photographer and filmmaker at work on a documentary about King, had been eating dinner in a Memphis restaurant during the hour before tragedy struck. A sudden urge to watch the NBC nightly news brought him back to the Lorraine Motel, where he soon heard a single shot fired.

Louw, who was staying three doors down from King, immediately rushed onto the balcony, where he saw King collapse to the ground. After realizing there was nothing he could do to help, he ran inside to get his camera. “At first,” he told LIFE the following week, “it was just a matter of realizing the horror of the thing. Then I knew I must record it for the world to see.”

Louw captured the chaos and emotion that hovered over that April evening. He shot four rolls of film, but one image in particular remains emblazoned on the memories of those alive to see it at the time. In the moments following the shot, as King lay unconscious on the balcony, his comrades turned their attention to a sight in the distance: the assassin, getting away. They pointed their fingers in concert in the direction of his flight. 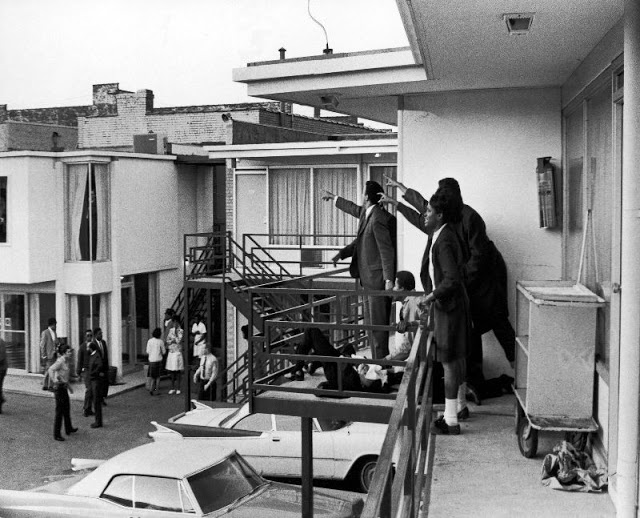 Civil rights leader Andrew Young (L) and others standing on balcony of Lorraine motel pointing in direction of assailant after assassination of civil rights ldr. Dr. Martin Luther King, Jr., who is lying at their feet.

Louw rushed to the studio of fellow photographer Ernest C. Withers to develop the film. As he did, his hands shook. “I remember the last stage of developing,” he said. “It was the longest 10 minutes of my life. The first picture I looked at was Dr. King laying behind the railing. I never did photograph him full in the face. I felt I had to keep my distance and respect.” 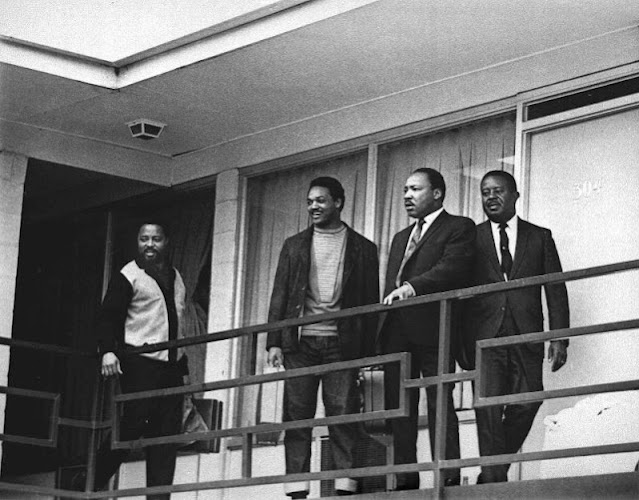 Martin Luther King standing on the balcony on the day of his assassination along with his best friend Ralph Abernathy on the right. On the left is Jesse Jackson, to his left another preacher. 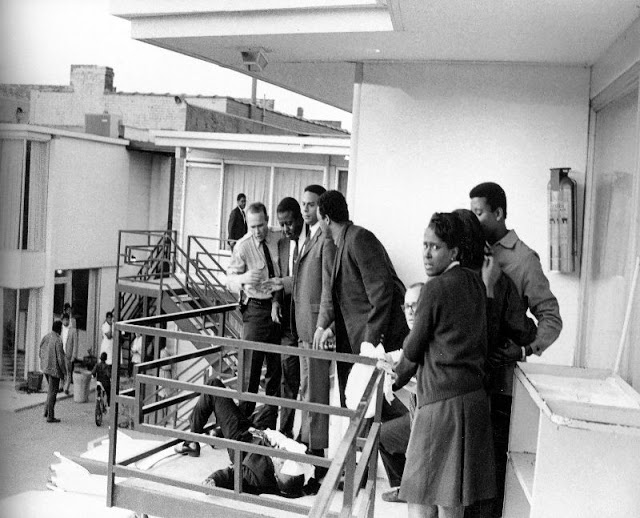 The first police officer made it on to the balcony. The man standing to the right of the police officer is King's best friend Ralph Abernathy. You can see the pain on that mans face as he's looking down at his friend dying. 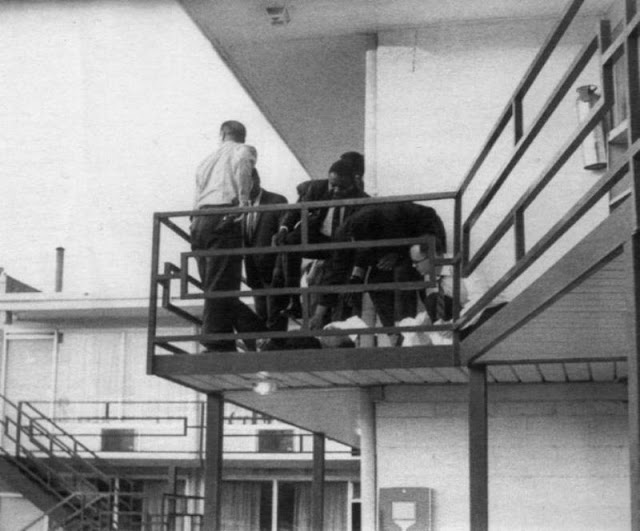 Ralph Abernathy and others crouched down tending to King who has a small white Motel towel on the wound in his right jaw. 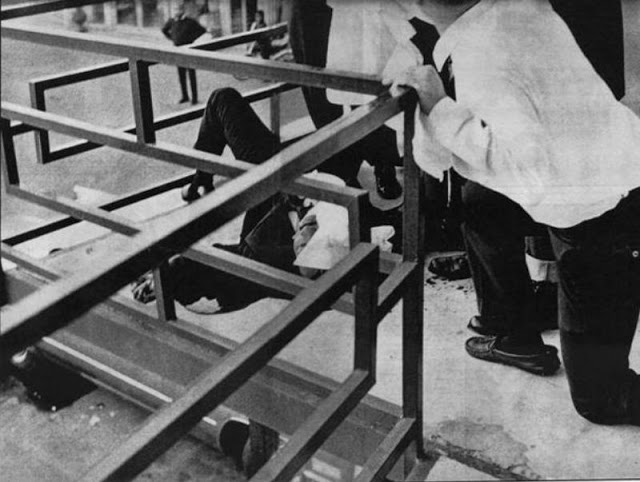 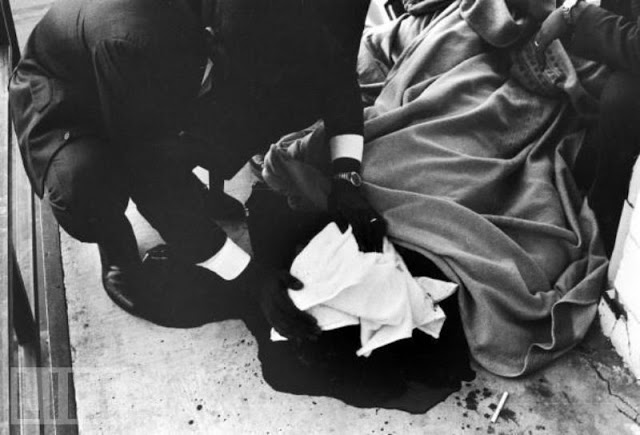 King from almost directly above him with Ralph Abernathy holding the towel to his face. 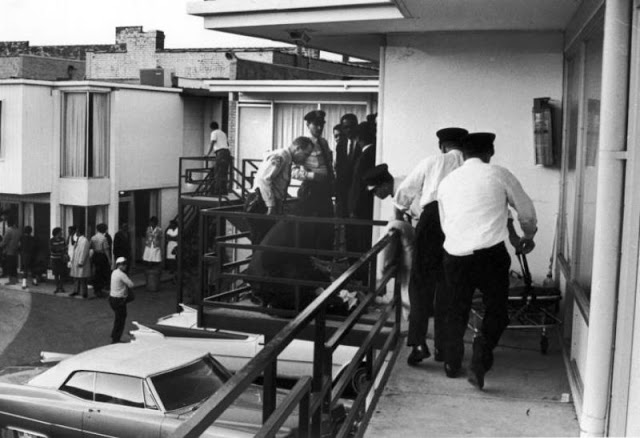 The other man bent down on the right side of Martin Luther King is Andrew Young, a preacher and friend of King. 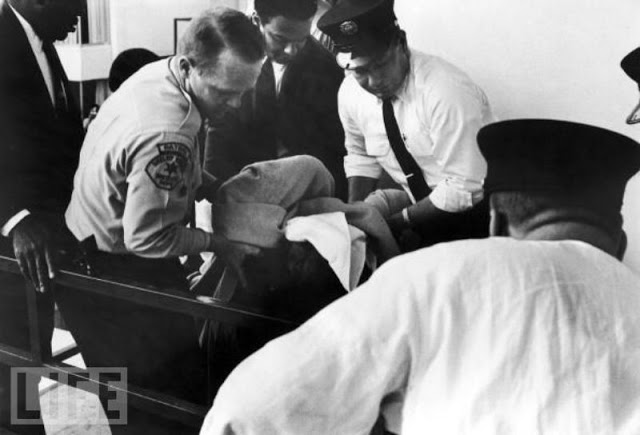 Police try to get him onto a stretcher. 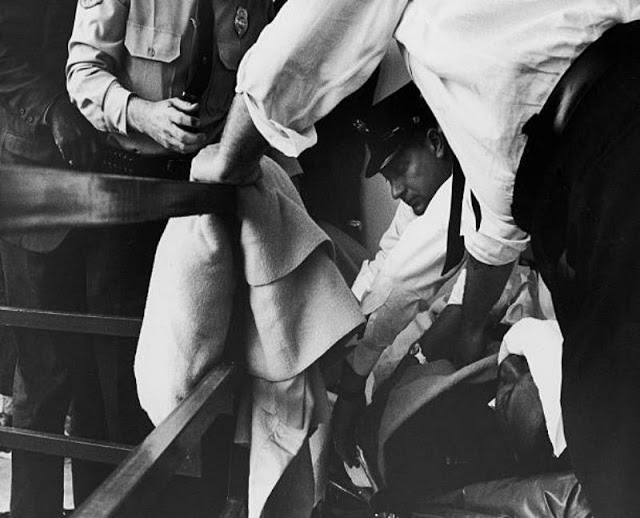 Police and paramedics getting King situated on the stretcher by strapping him on and what not. Notice the spot of blood on one of the officer's hands. 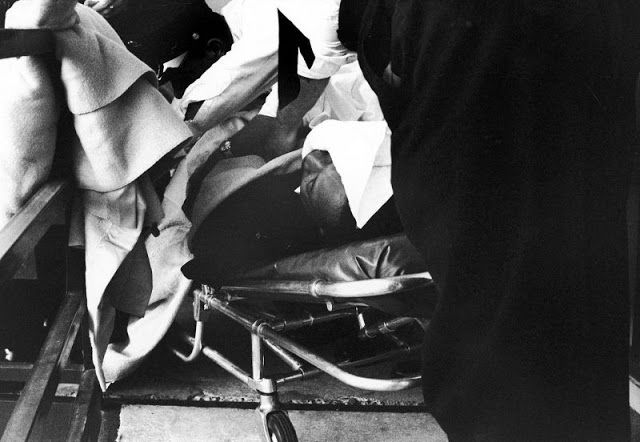 King loaded onto the stretcher while someone tries to put pressure on the towel that's being held to the wound. 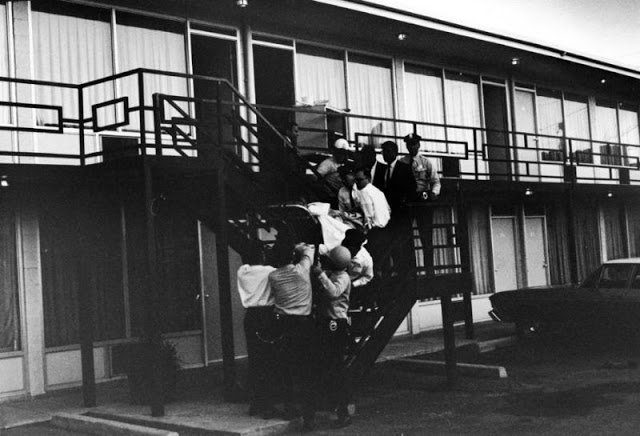 Everyone working together to get King down the stairs and into an ambulance.

Posted by Yesterday Today at 12:40 PM