The Popemobile (Pope’s car) is one of the coolest, strangest, and most Catholic vehicles around. It might seem like its primary purpose is to protect the pontiff, but you’d be surprised here Pope John Paul II exchanged his Popemobile for a brand new Ferrari Mondial Cabriolet for a day when he visited a Ferrari manufacturer in Fiorano, Italy, on June 4, 1988. 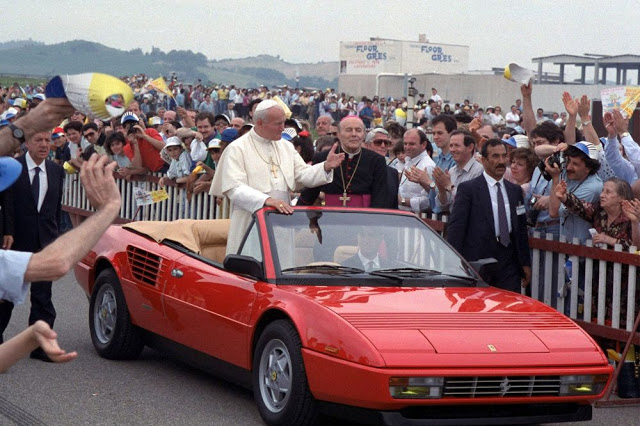 For Maranello it was an important date, the date of a special visit. The town of the Prancing Horse has been having distinguished guests for years, but this beats them all because the guest in question was Pope John Paul II.
Unfortunately, Enzo Ferrari’s health did not allow him to meet Pope Wojtyla, whom he really liked because as a young man, the Pope had worked as a laborer. They did speak over the phone. Just over two months later, at the age of 90, Ferrari died at his home in Modena.
Despite the absence of the Drake, Maranello welcomed John Paul II who also visited the Ferrari factory. He was fully in the spirit of the place: instead of taking the path and greeting the crowds in his white Papamobile, as he usually did, he asked to ride in a Ferrari that was immediately made available.
Here are more photos of Pope John Paul II visited Maranello and the Ferrari factory on 4 June 1988: 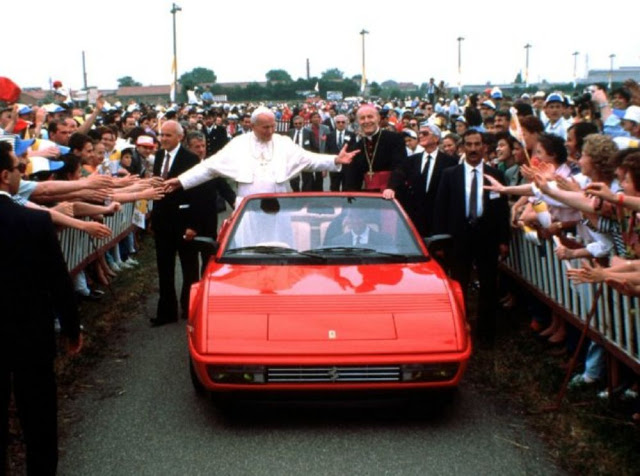 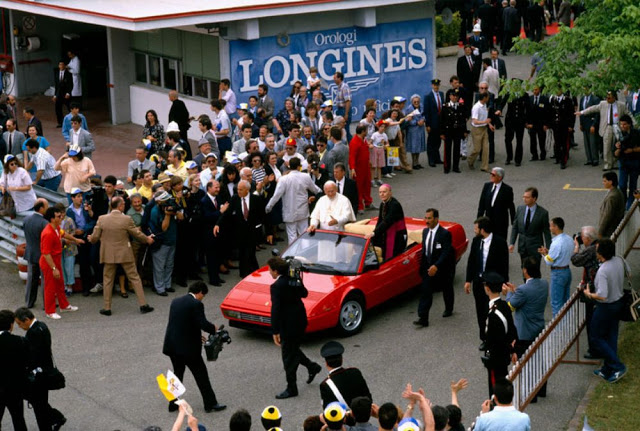 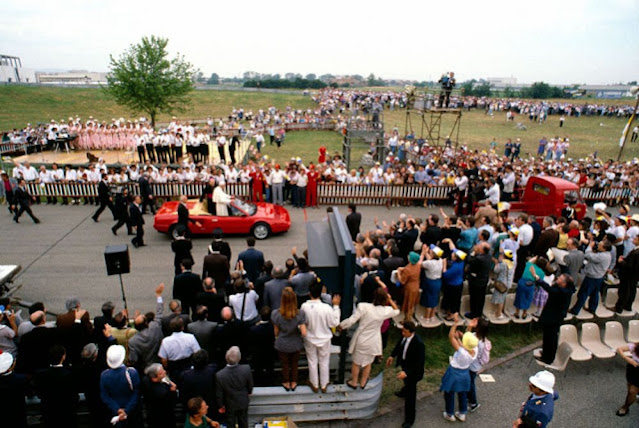 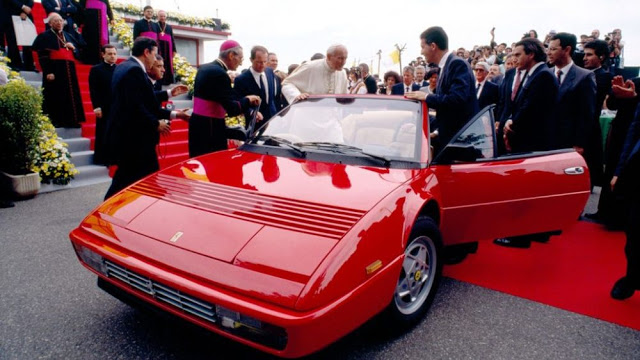 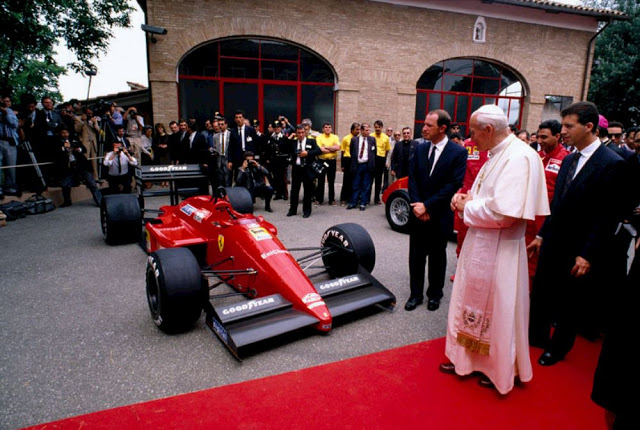 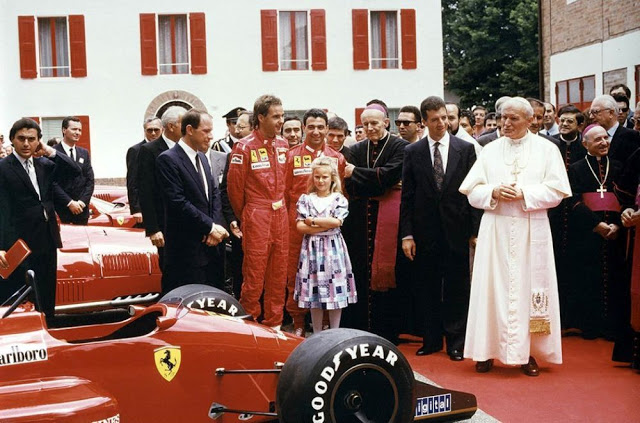 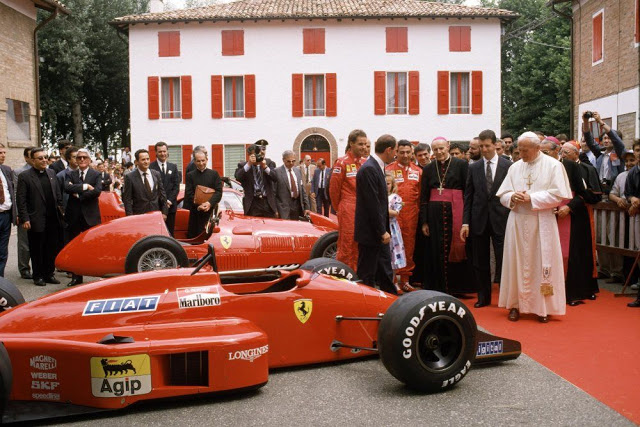