Born 1918 in a small town in Texas, Lois DeFee lost her parents early and was raised in Texas by an aunt (her father's sister) and uncle. It was not a happy situation, and Lois began trying to run away at the age of four. At the age of 13 Lois ran away from her Texas home to pursue a career in entertainment.

In her early attempts she headed west; this time she went south, and ended up in Miami. One club owner was recruiting showgirls for a stint in Cuba. Lois recalls: “Brass monkey me. I walked right in and got the job.” But she was tall and probably did not appear to be barely a teenager. She would advertise her height in her heyday as a burlesque queen at 6 foot 4 inches, or thereabouts. She was a bit shorter in stocking feet, but not much.

The show played in Cuba for several months. The producer discovered Lois' lack of dancing talent, so they had her stand as a nude statue in the back of the line or parade slowly across the stage – elements that apparently became part of her later performance style.

When the show left Cuba, it was to open in Miami. Lois missed the train stop and continued to New York. She contacted a friend of another acquaintance from Cuba, and he gave her a job as bouncer at The Dizzy Club. The job grabbed attention, including that of Walter Winchell, who also would become a friend. It was Winchell who later dubbed Lois the “Eiffel Eyeful.”

In 1933, Lois moved to Leon & Eddie's club on 52nd, also as a bouncer. She later recalled that she never really “bounced” anyone, but served more as a hostess and occasionally calmed potential problems probably just by being a distraction. If she came up to talk to you, you probably forgot what you were going to fight about.

In 1939, she got a job at the New York World's Fair in the Amazon exhibit as “Queen of the Amazons.” The title stuck, and occasionally was modified to “Queen of the Glamazons.” It was here that Al Minsky recruited her for a featured act in one of his venues. The only catch was that she would be doing a striptease. She confessed later that she had no idea how to do one, but went to the clubs and watched over a dozen in a week.

Lois was smart and a quick study, and for $400 a week, she went on to be a top-grossing headliner throughout the 1940s and into the 1950s. She would develop her own style and performance. Her style was so sophisticated and stately that she had a large following of women as well as men. 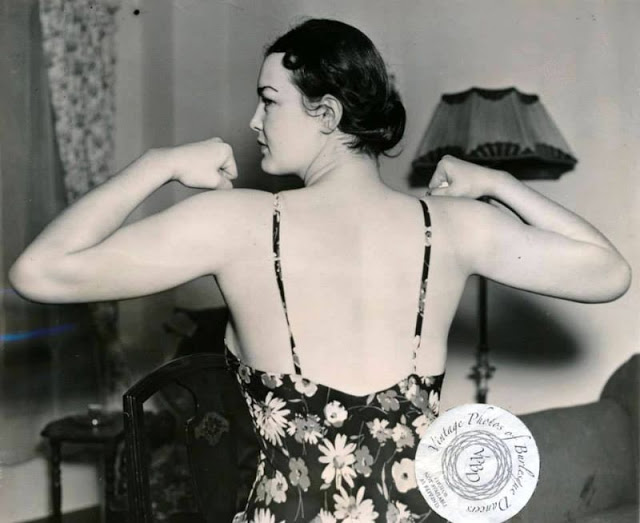 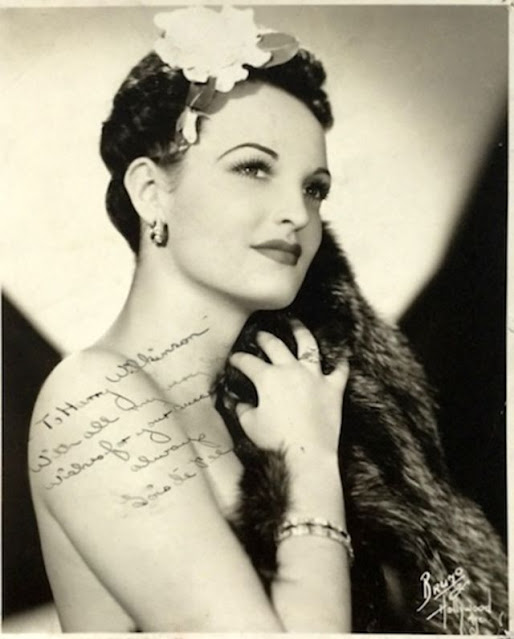 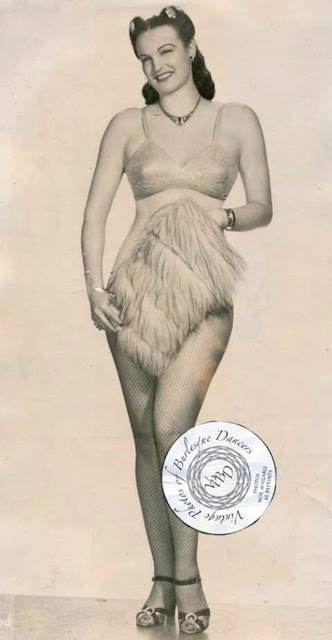 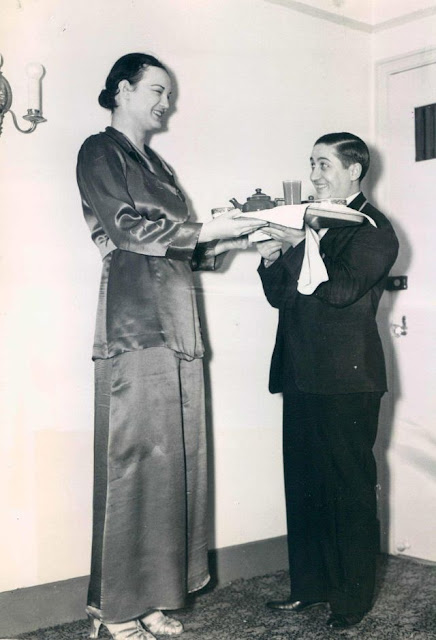 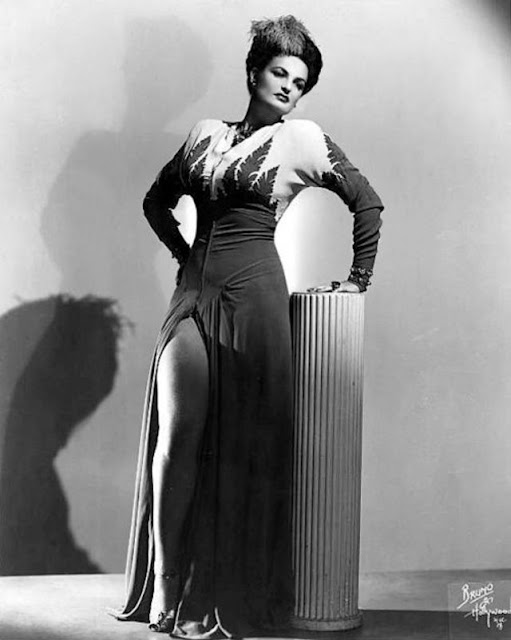 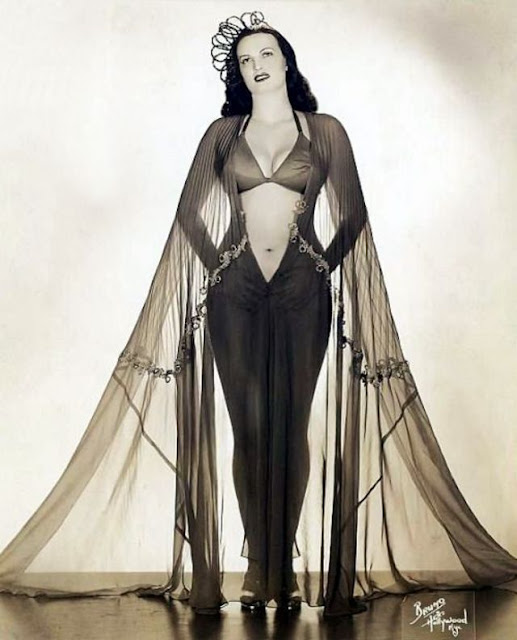 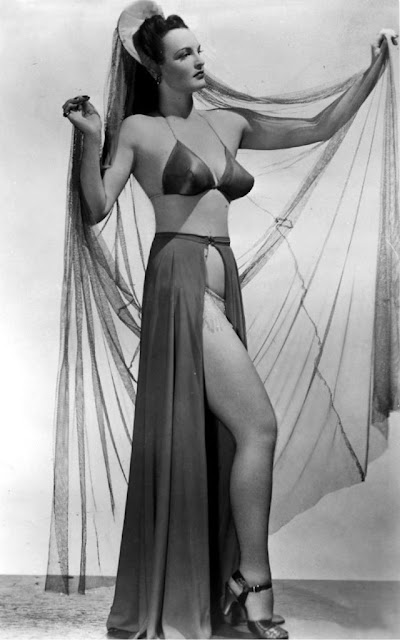 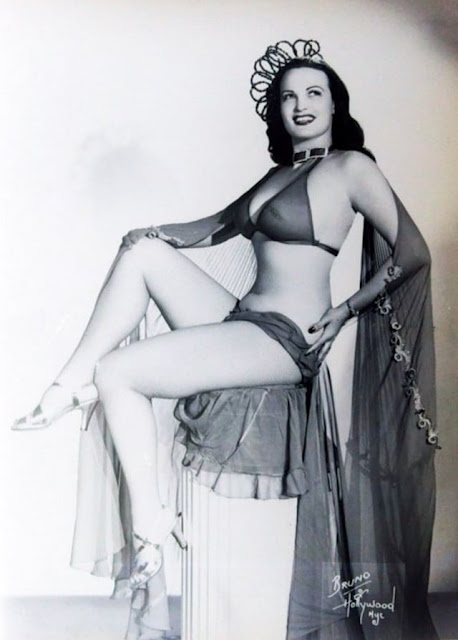 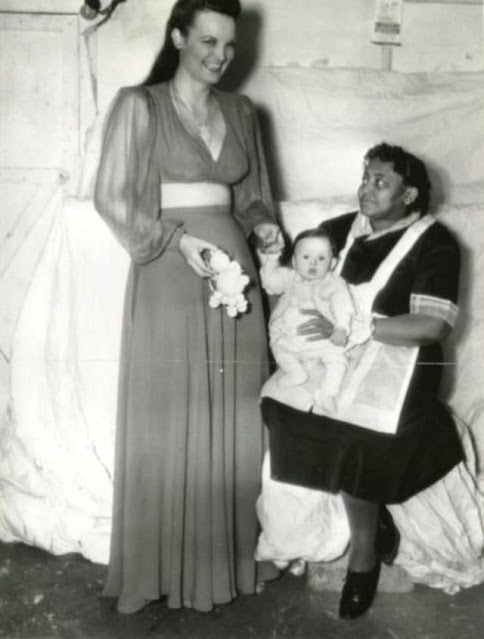 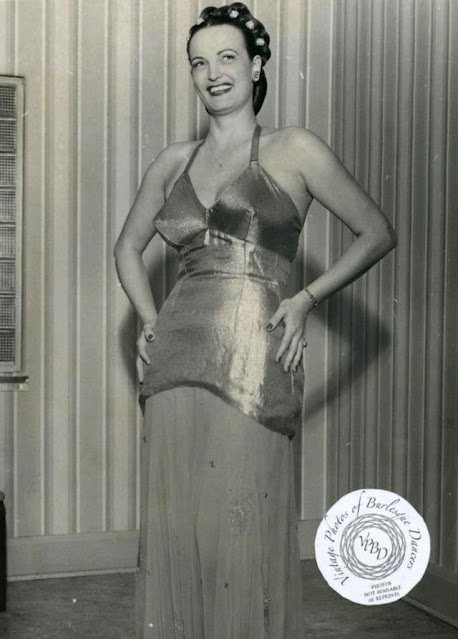 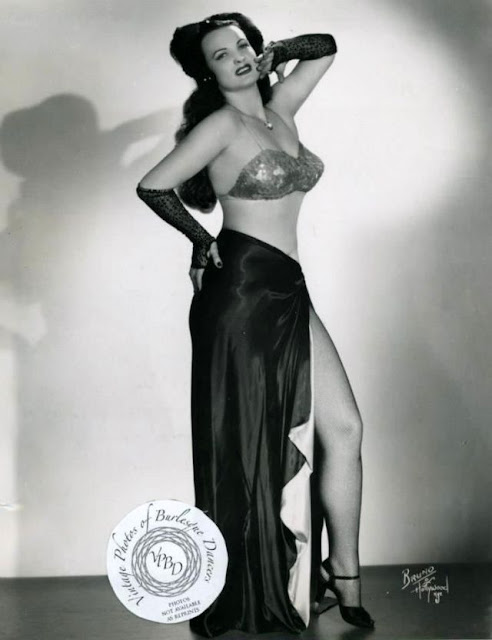 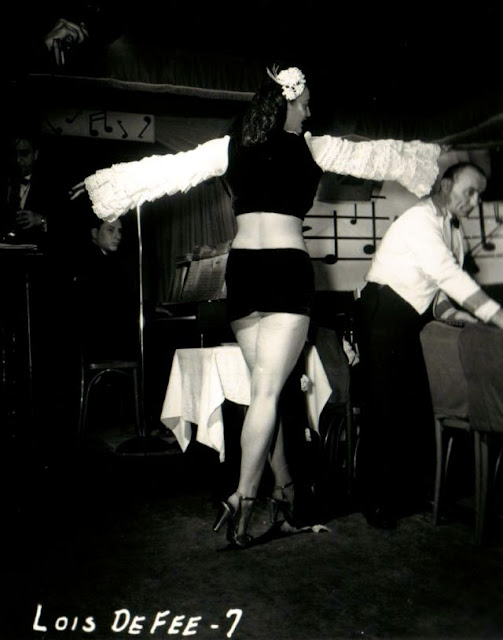 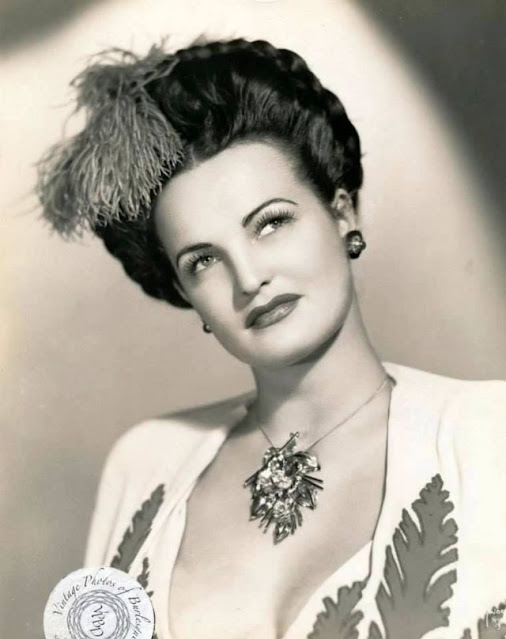 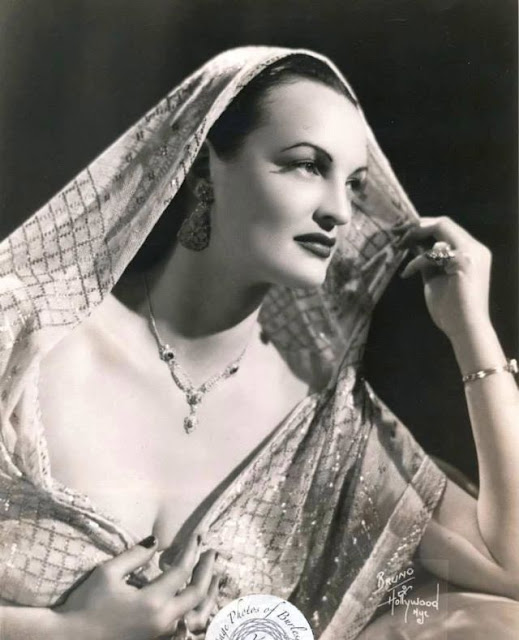 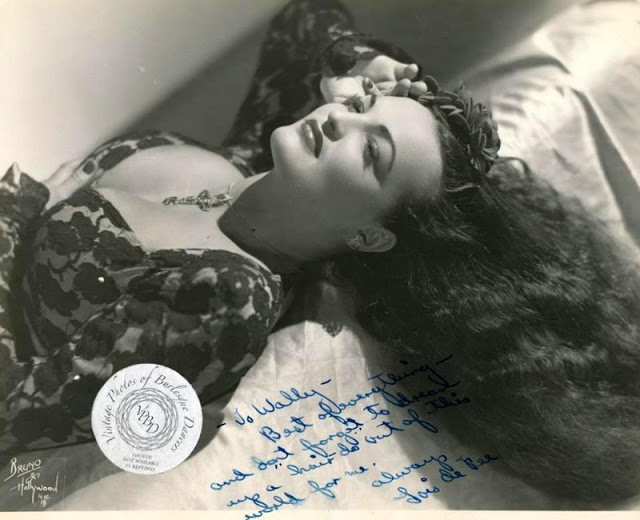 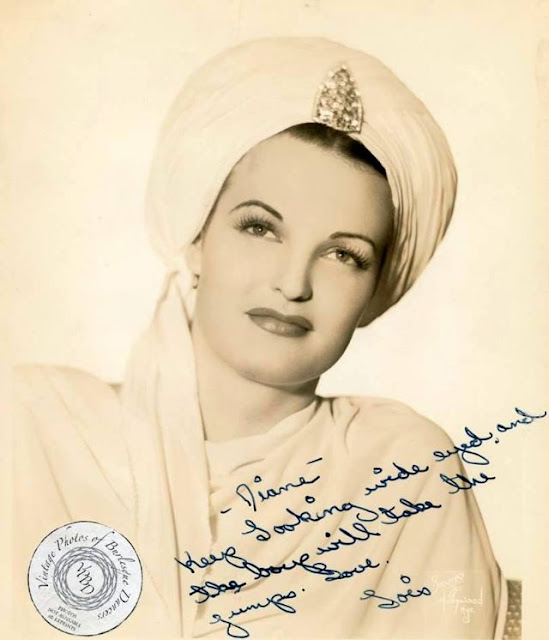 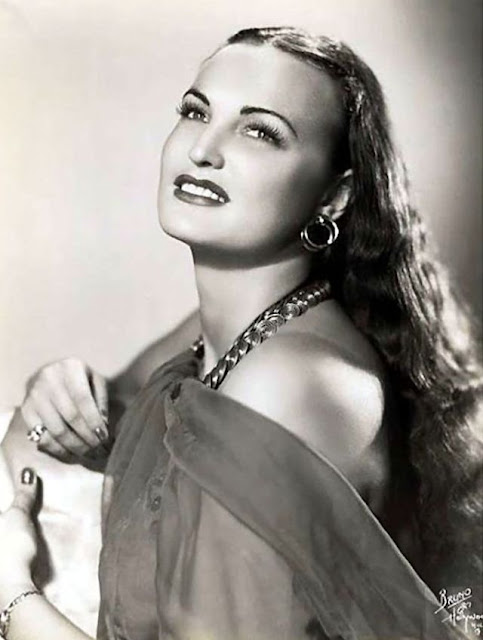 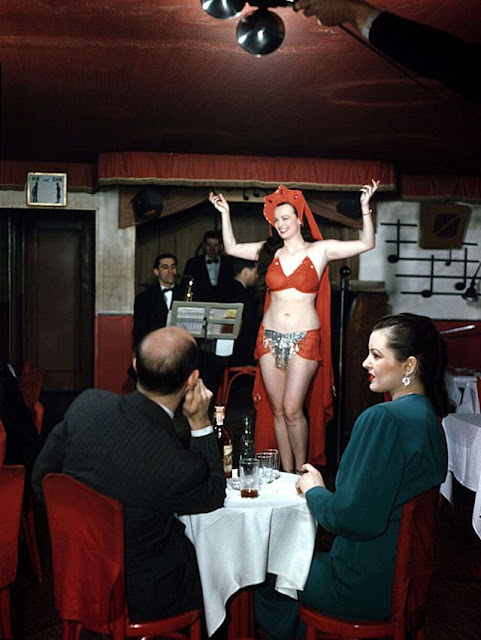 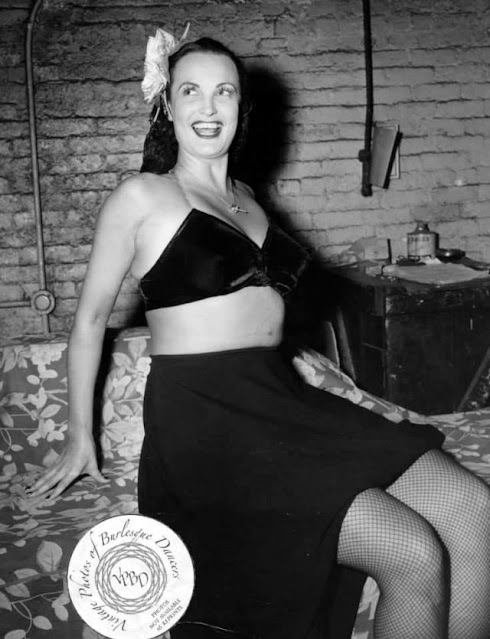 Posted by Yesterday Today at 12:03 PM