Rolled Stockings: The Style of the 1920s, And How They Became So Trendy

During the early 1920s, some women began rolling down their thigh high stockings - sometimes to mid-thigh height, and sometimes lower - to just below the knee. The look was especially popular in warm weather, and rolled stockings were even worn with bathing suits.

Most women in the 1920s typically wore thigh high stockings with garter straps, which attached to a long corset-like girdle that covered the hips. And up until the 1920s, women were completely covered.

Showing the knees was considered to be "the epitome of immoral dress." The rolled stocking trend caught on anyway.

Rolled stockings were especially popular among young women 'rebelling' against wearing garter straps with corsets or girdles. And fashion was changing - dress styles were becoming shorter and less form-fitting. Rolling down your stockings must've felt so "freeing."

The trend was so popular by the late 1920s that there was even a movie, Rolled Stockings. It was a silent film made in 1927 that starred Louise Brooks. 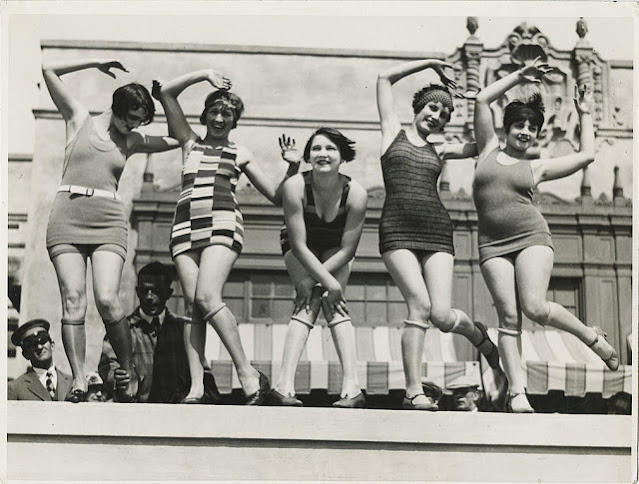 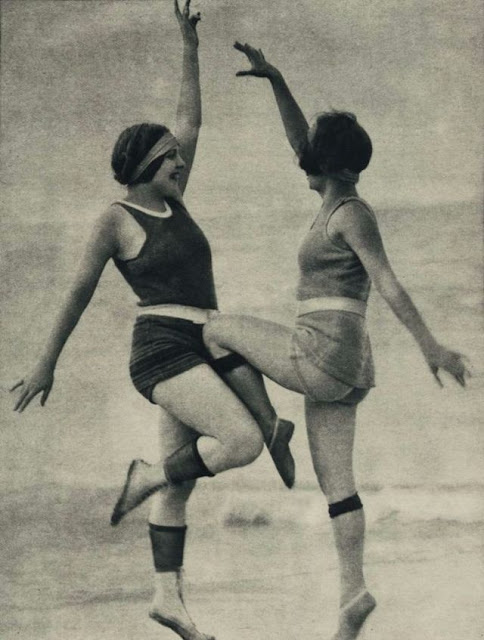 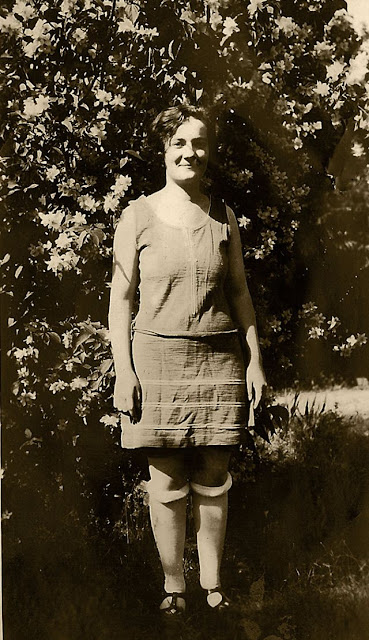 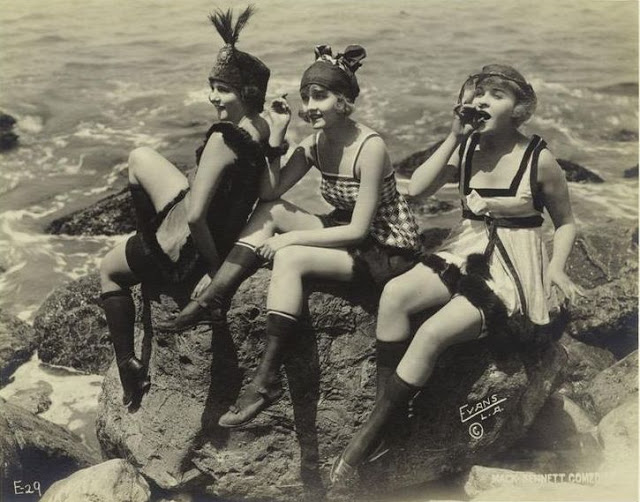 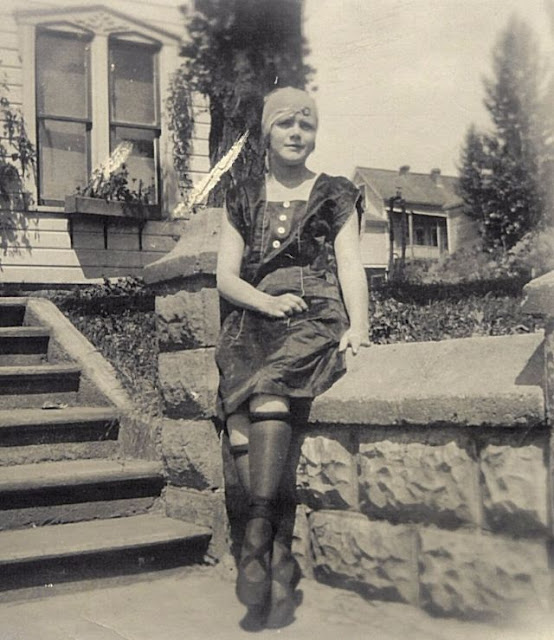 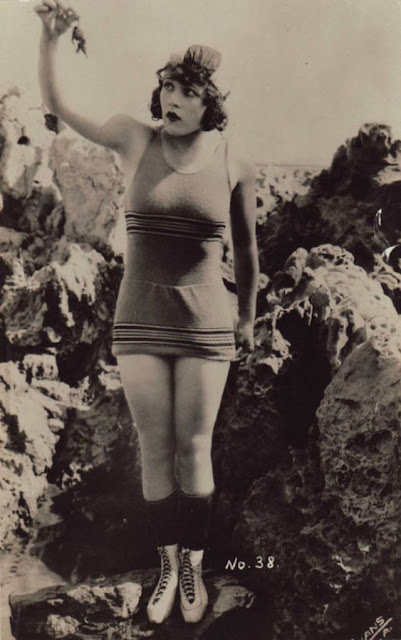 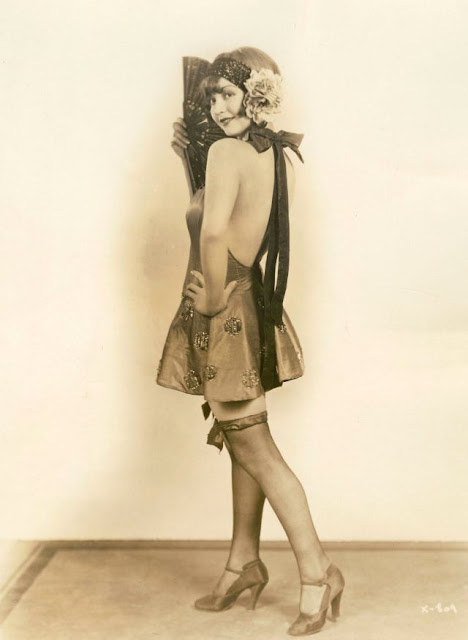 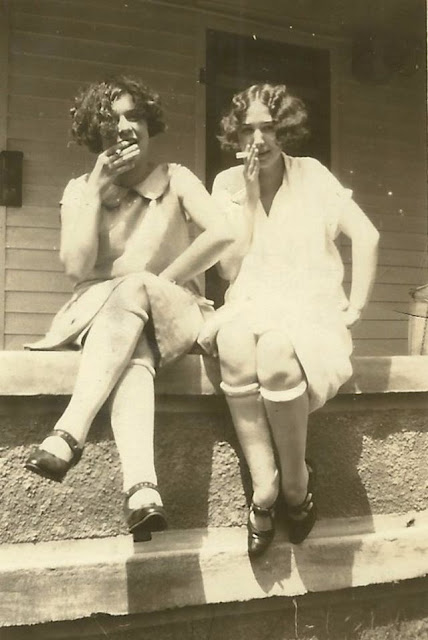 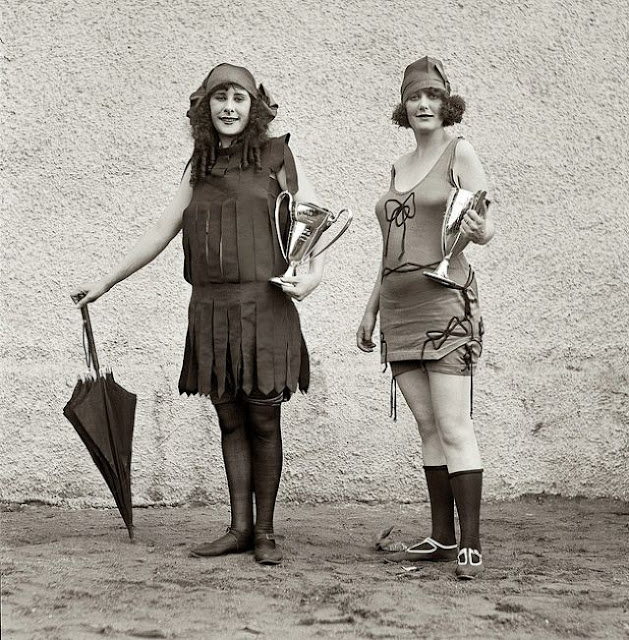 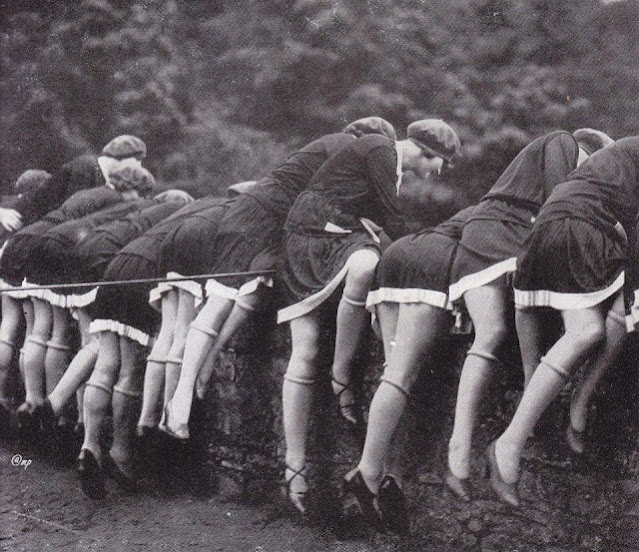 Posted by Yesterday Today at 3:21 PM