Sabrina, Britain's Answer to Marilyn Monroe: 23 Black and White Portraits of Norma Ann Sykes in the 1950s and 1960s

When 19-year-old Norma Ann Sykes shimmied on to the BBC’s stage in 1955 as Arthur Askey’s sidekick on the hit TV show Before Your Very Eyes she and her pneumatic 41-inch bust were catapulted to stardom overnight.

Before long she was receiving 1,000 fan letters a week and was dubbed Britain’s answer to Marilyn Monroe – but minus the performing talent. She hung out with Elvis Presley, Frank Sinatra and Dick Van Dyke and once insured her breasts for £100,000.

Producers on Askey’s show renamed her Sabrina after the 1954 film of the same name starring Humphrey Bogart and Audrey Hepburn and Askey later recalled that she had “a lovely face and figure but could not act, sing, dance or even walk properly”.

But the fact that she did little more than simper and giggle at Askey’s smutty jokes didn’t matter to the audiences who gawped at the first woman to show her cleavage on UK television in ever tighter, more low-cut evening gowns.

“I’m using my bust as a jumping-off place to bigger and better things,” she once said in an early interview.

Below is a collection of 25 sexy black and white portrait photos of Sabrina from between the mid-1950s to the 1960s. 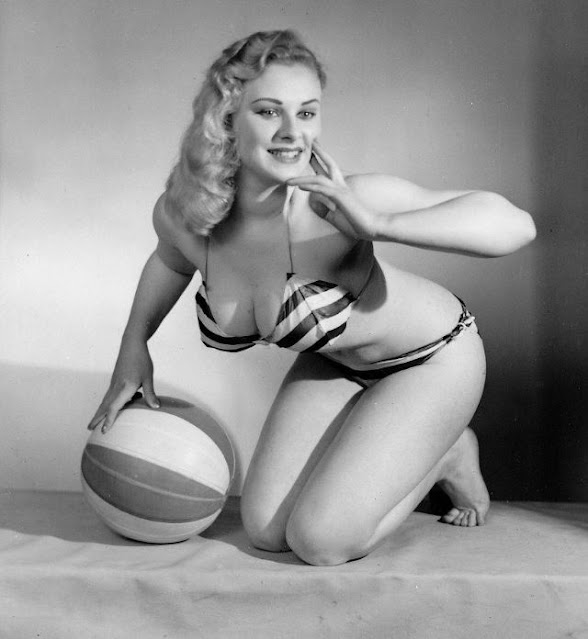 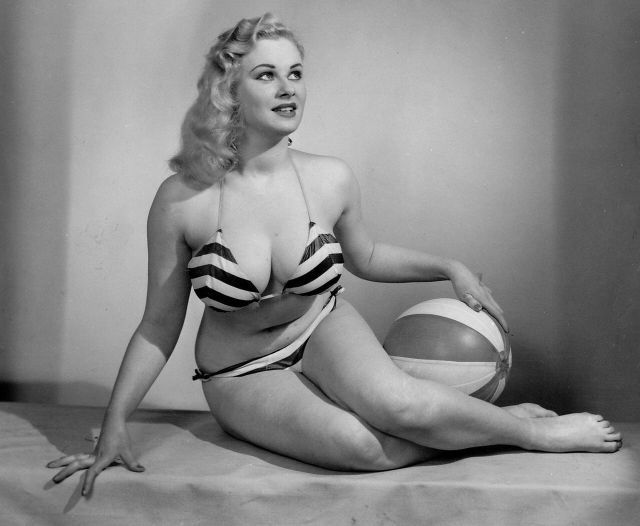 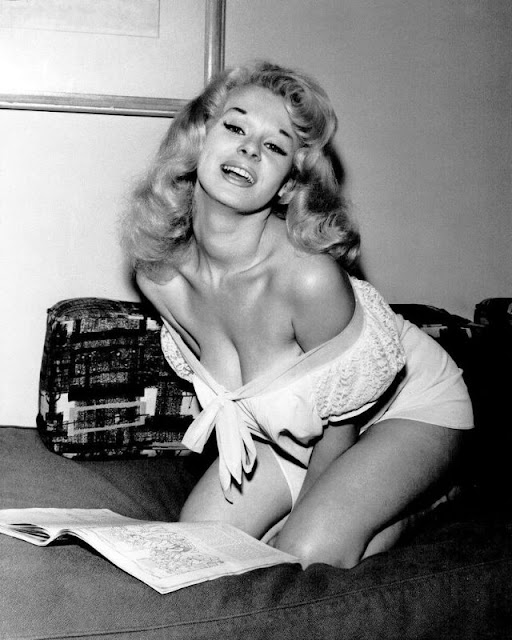 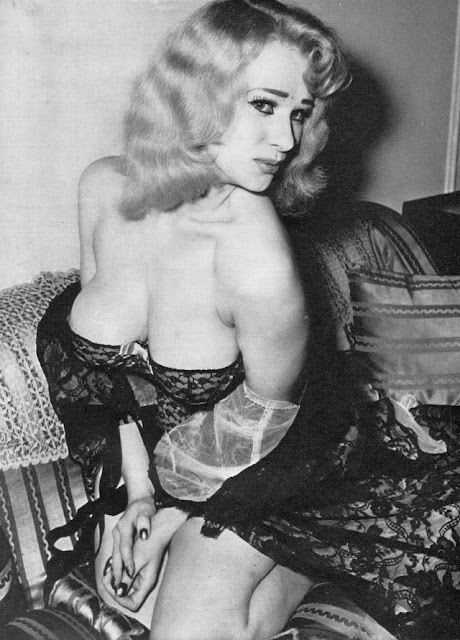 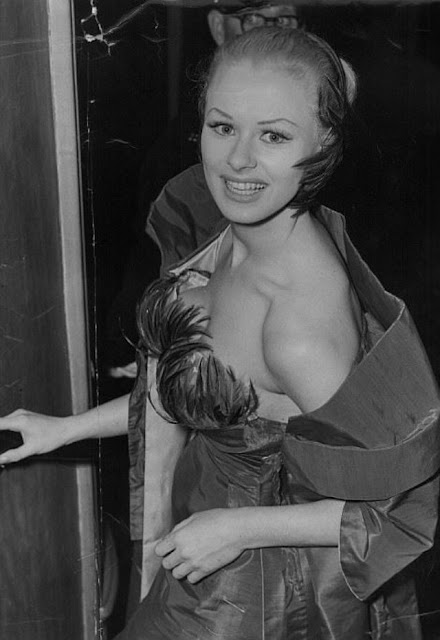 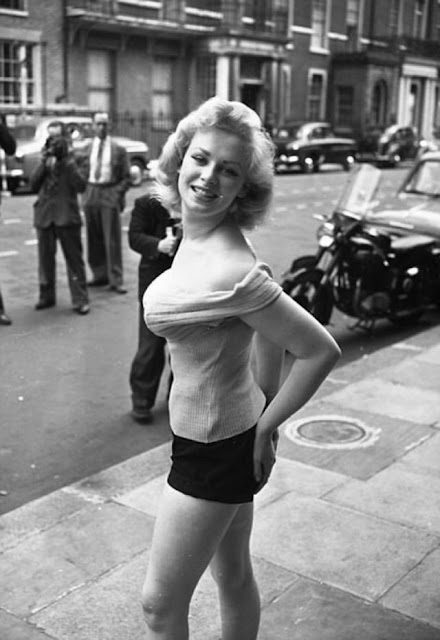 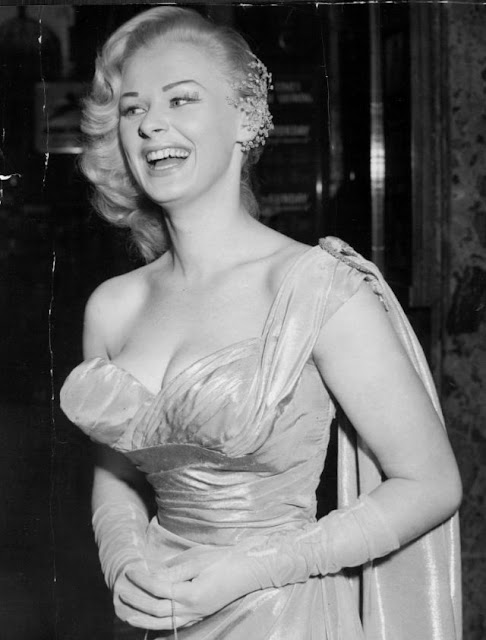 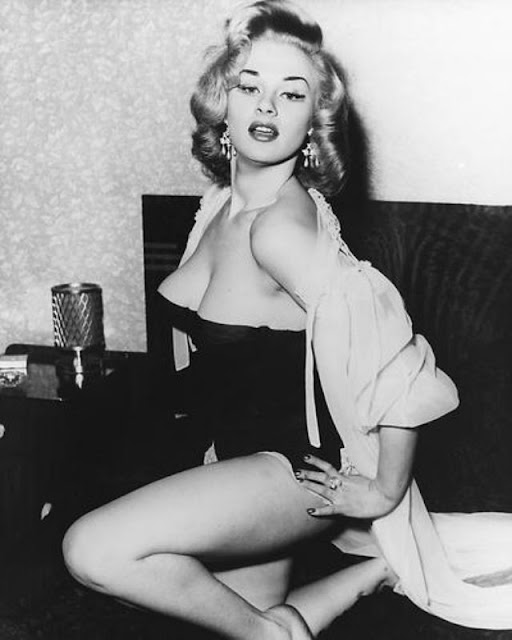 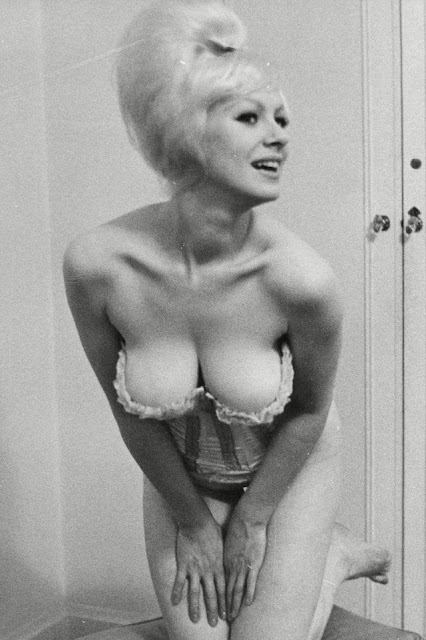 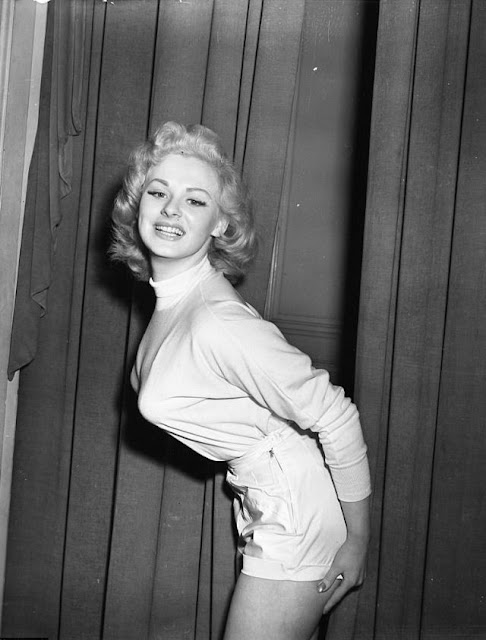 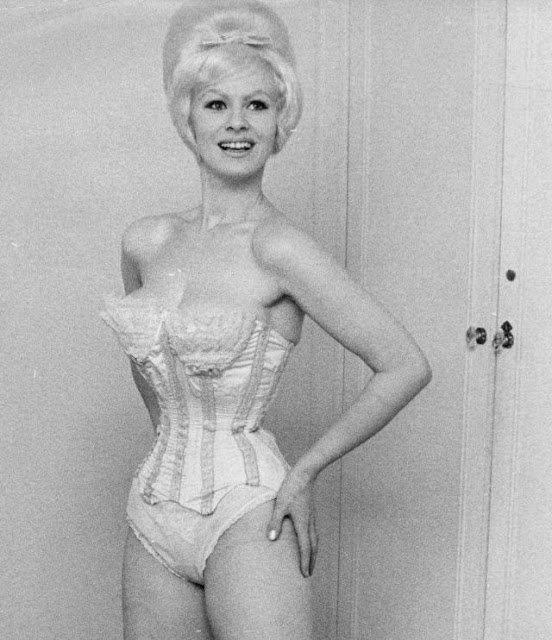 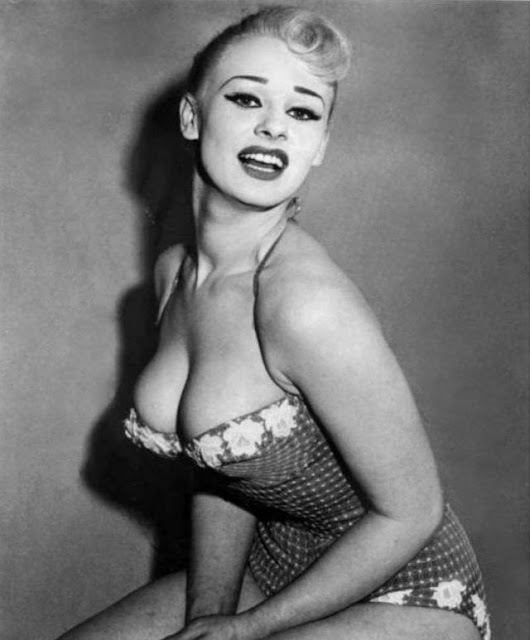 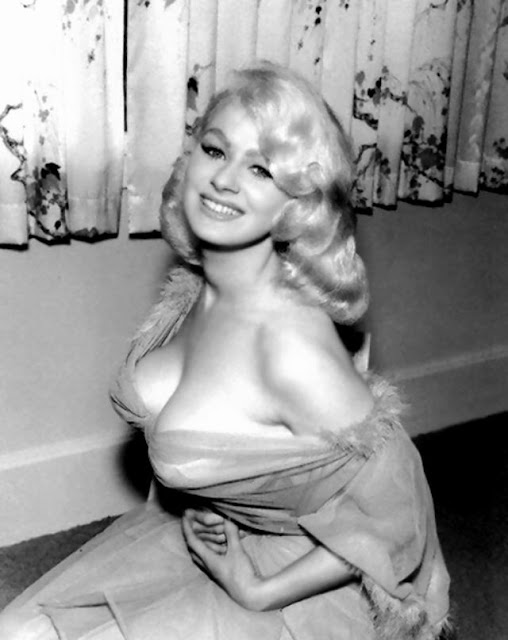 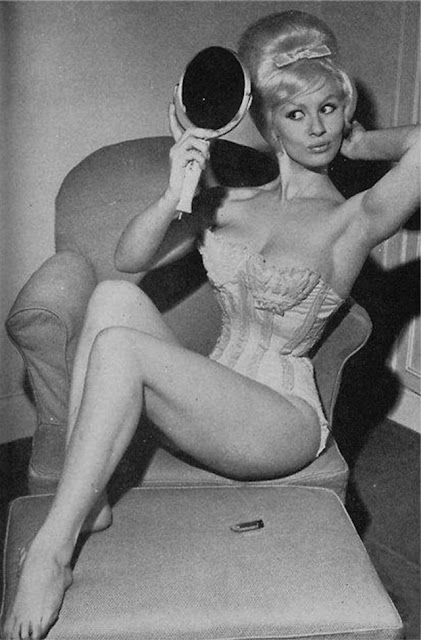 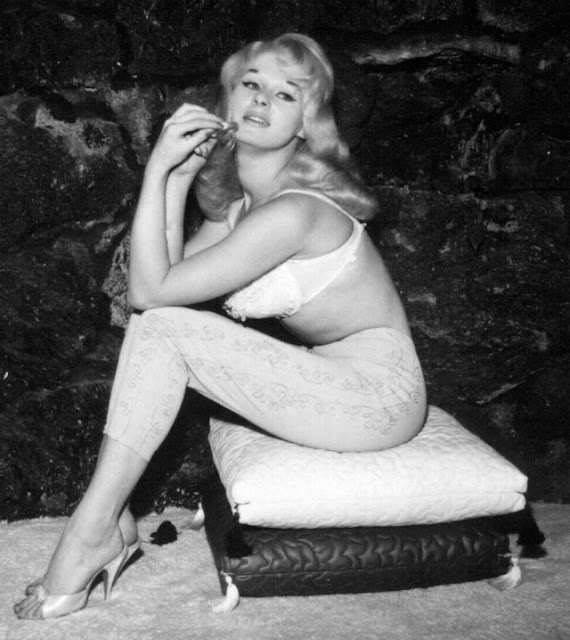 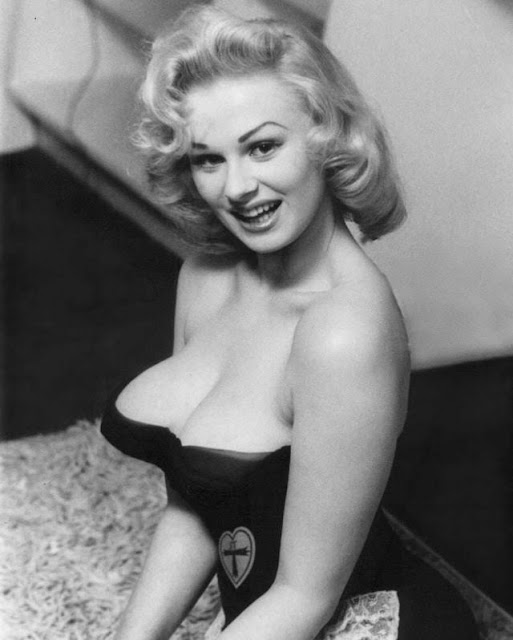 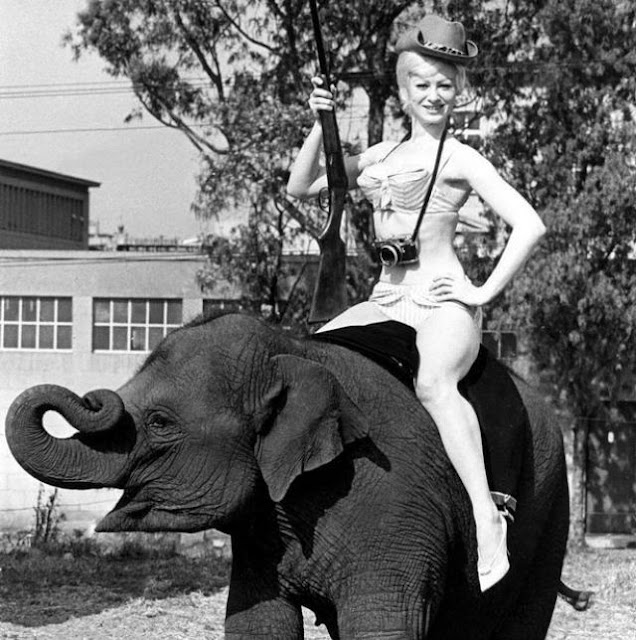 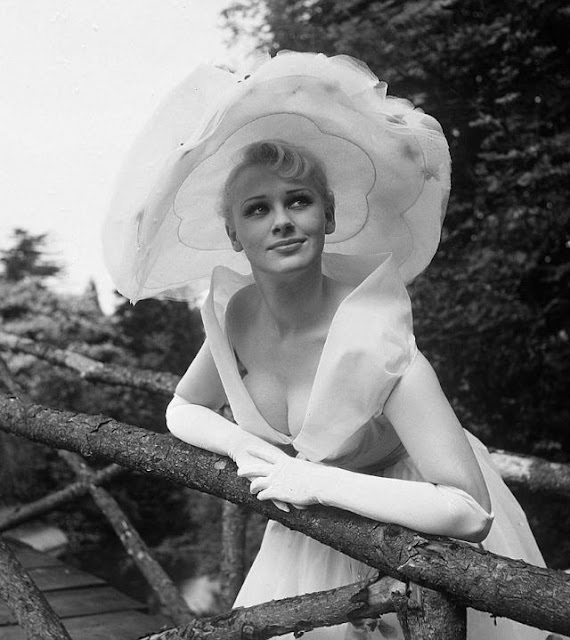 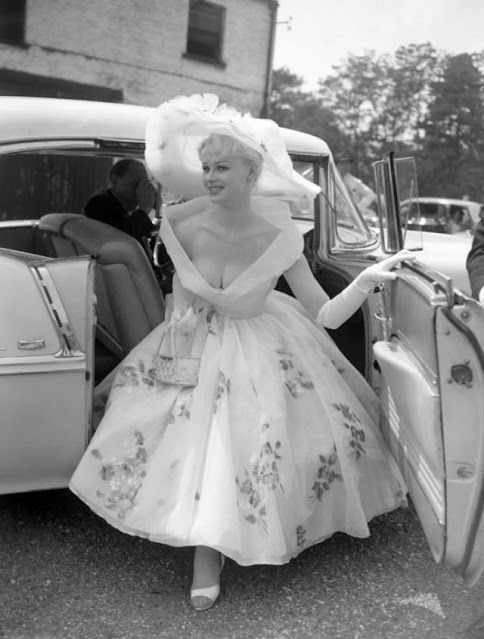 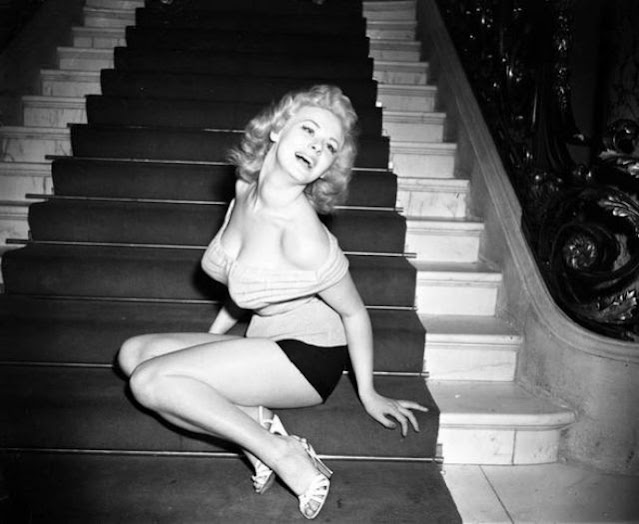 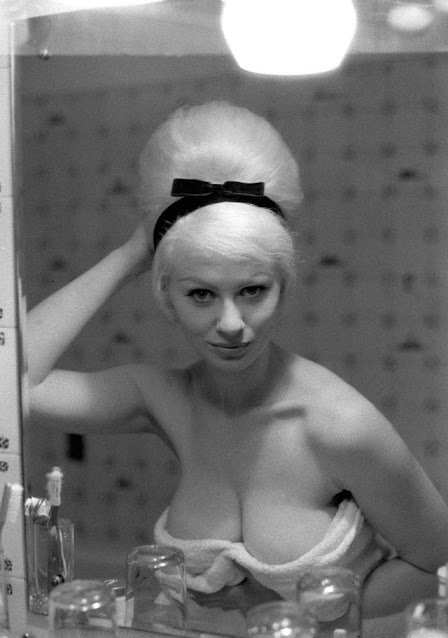 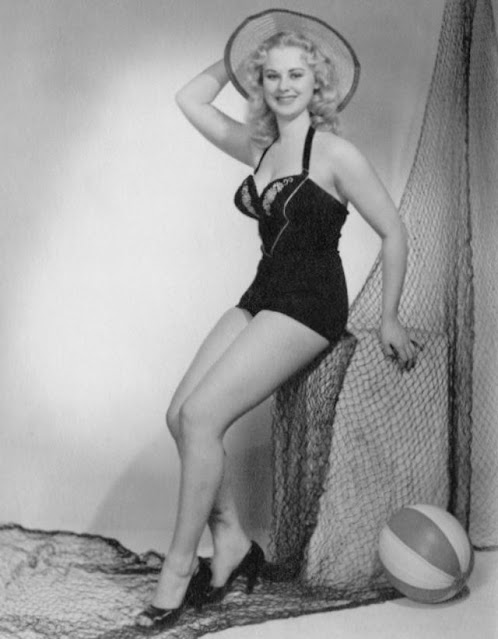 Posted by Yesterday Today at 10:33 AM