Retired gym teacher Dale Irby posed for his first yearbook photo back in 1973 at Prestonwood Elementary school in Dallas, Texas. The next year, completely by accident, Irby wore the exact same outfit. 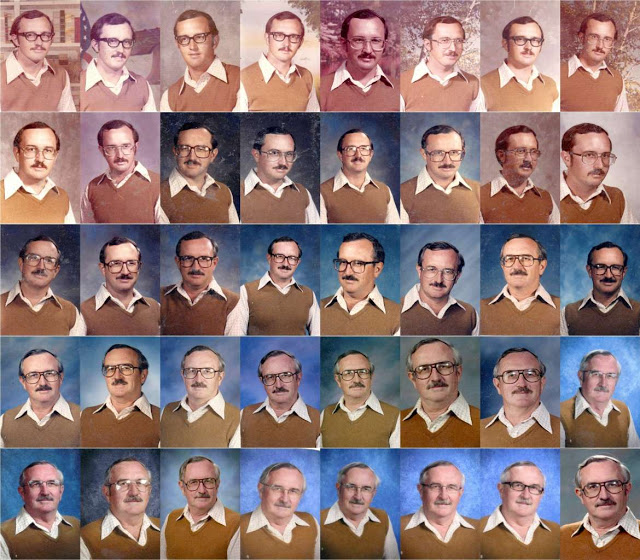 “I was so embarrassed when I got the school pictures back that second year and realized I had worn the very same thing as the first year,” Dale told Dallas Morning News.

At first he was horrified to discover the faux pas, but then his wife Cathy dared him to do it a third year. Then Dale thought five would be funny. “After five pictures,” he said, “it was like: ‘Why stop?’”

So he just never did, right on through this, his final year as every kid’s favorite physical education teacher at Prestonwood Elementary in the Richardson school district.

What started as a mistake, turned into a dare, and then ultimately into a 40-year tradition that ended in 2013 when Irby chose to retire. From 1973 until 2013, you can pick up any of Prestonwood Elementary’s yearbooks and find an aging Irby wearing the same exact outfit.

Posted by Yesterday Today at 1:26 PM