In 1971 Burt Glinn documented street prostitutes for New York Magazine. At the time, prostitutes had been getting more mention in the press due to a series of incidents in which streetwalkers had attacked clients.

Many thought that prostitutes were beginning to make more money through violence than "rendered services", this at a time when the New York Times claimed that there were more prostitutes, gangsters and hoodlums in Times Square than ever before.

Prostitution was able to exist at such a scale since laws at the time made it practically impossible to get a conviction and even when one was attained, the fine was usually as low as $50-$100; a trifle since a streetwalker could earn her money back in less than an hour. 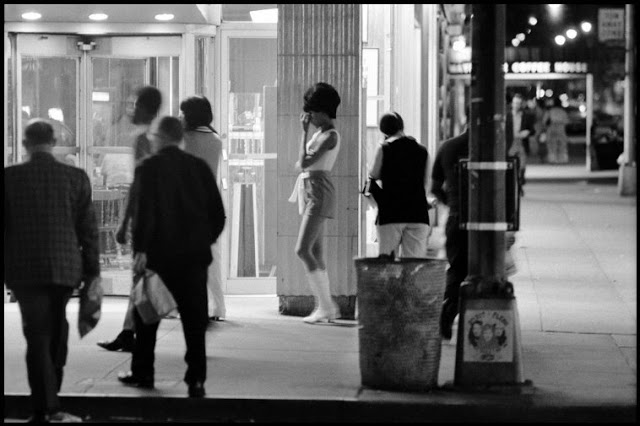 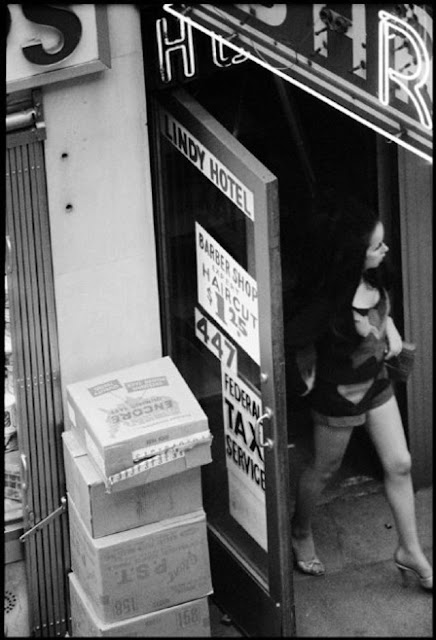 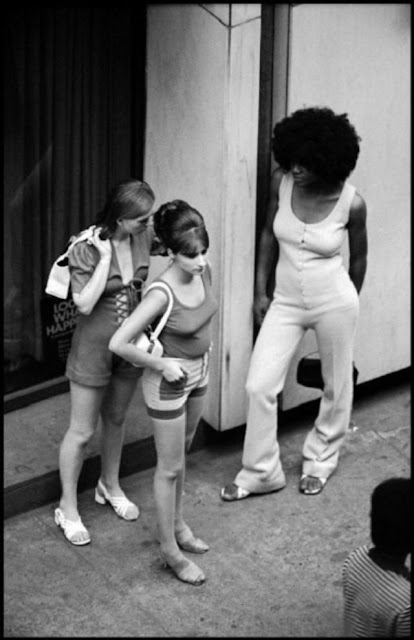 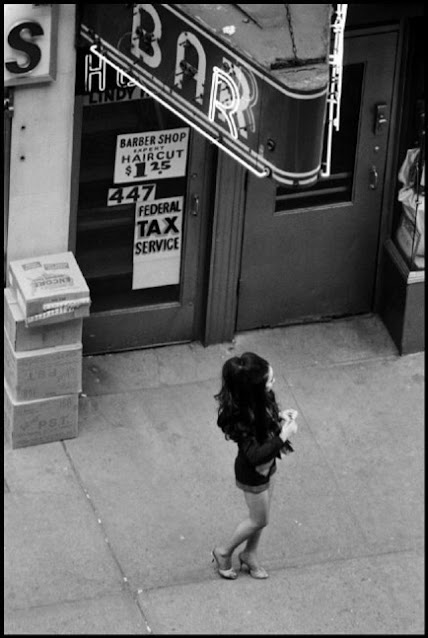 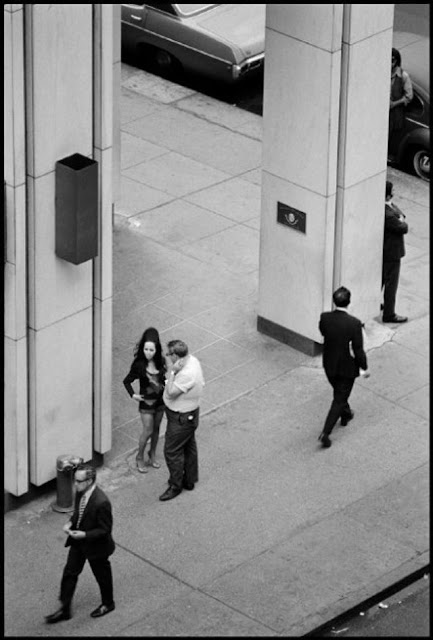 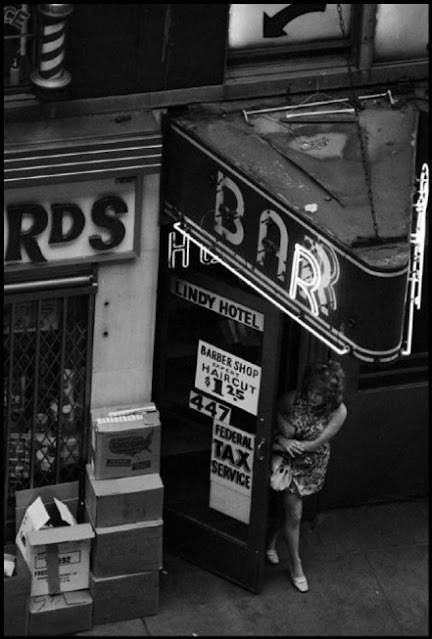 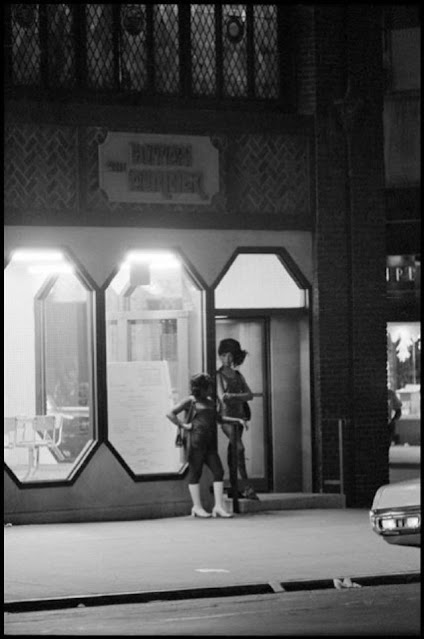 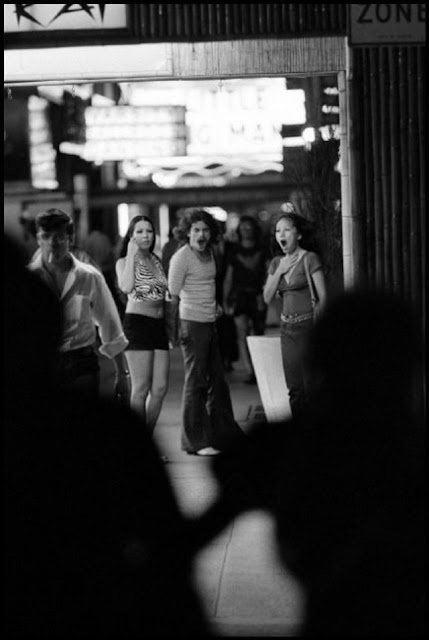 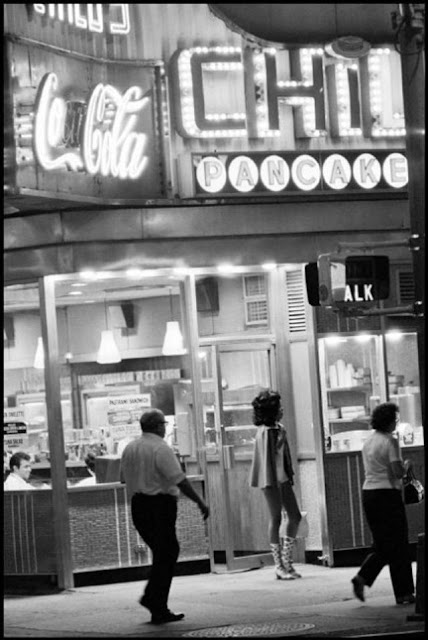 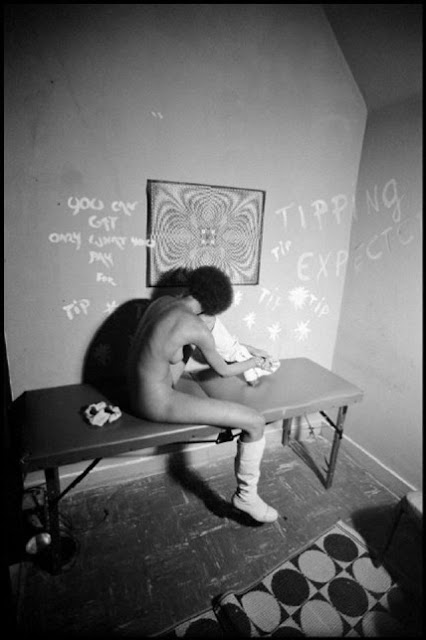 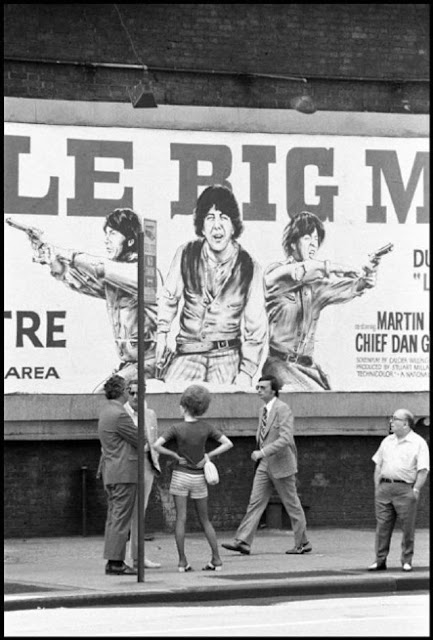 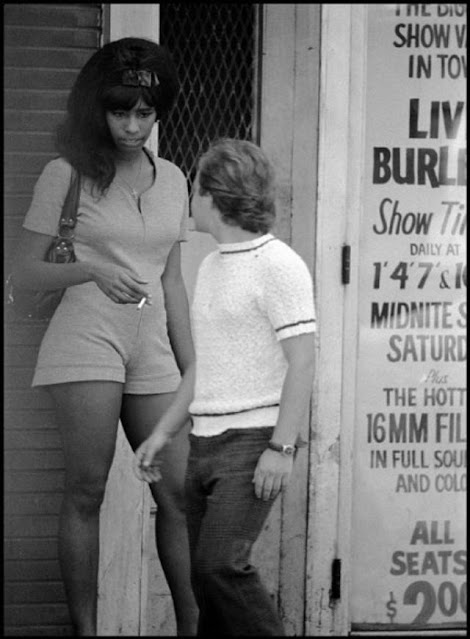 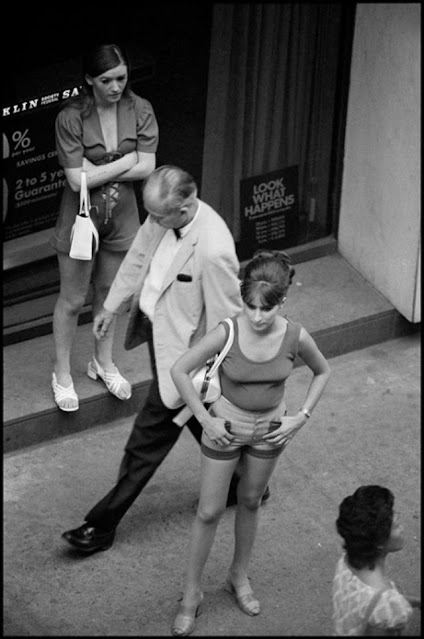 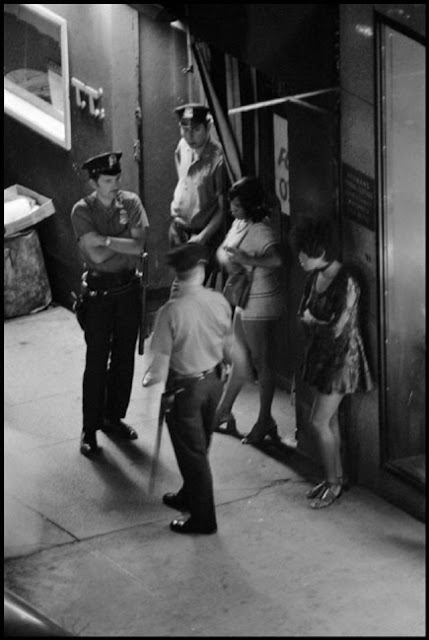 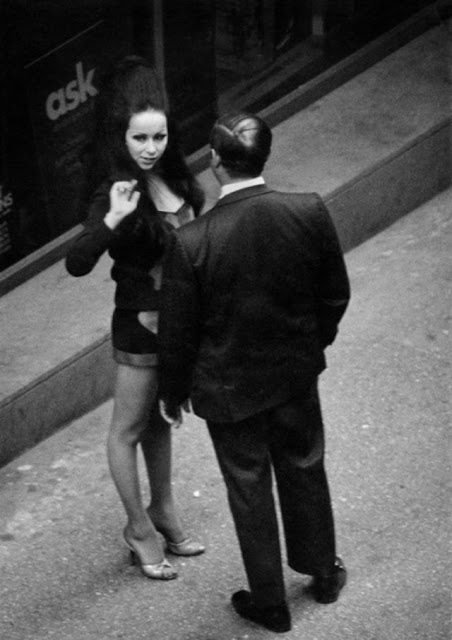