Wide Seats and Plenty of Legroom: These Old Pan Am Photos Show How Much Airline Travel Has Changed

Pan American World Airways, commonly known as Pan Am, was the largest international air carrier based in the U.S. from 1927 until 1991. The airline has always had a place in popular culture as a kind of standard bearer for luxury and excellence.

Flying back in the era before the Airline Deregulation Act of 1978 — in coach — wasn’t a whole lot different than today. Sure, the seats were a bit wider, you had some more leg room, meals were gratis, but then again the air in the cabin was a toxic stew of cigarette smoke. Flying in first class – even domestically – was a different matter.

Today domestic first class means free drinks, free (perhaps edible) food, and a seat that might not leave you with a chronic back condition. While deregulation played a large role in driving down quality and prices, this ‘golden age’ of luxe airborne lounging was largely brought to an end by the Arab embargo induced oil crises of the 1970s. In an ironic twist, if you’re looking to have a drink in a 1970s style airborne lounge today, the Middle Eastern carriers Etihad and Emirates are your best options.

Back in the early 1970s it wasn’t just absolutely over-the-top Middle Eastern carriers who offered this sort of lounge experience (with all the smoke in the air, showers no doubt would have been appreciated). When the first Boeing 747 took to the skies in 1970, its iconic upper deck presented airlines with an interesting conundrum: initially the space wasn’t certified by the FAA to carry passengers during takeoff and landing. While certification came quickly enough, in this era, competing for passengers meant providing unique amenities. Therefore many airlines decided to convert the space into lounges, typically, but not always for premium fare passengers. Here are some photos of the glamorous flying lounges from between the late 1960s and early 1970s. 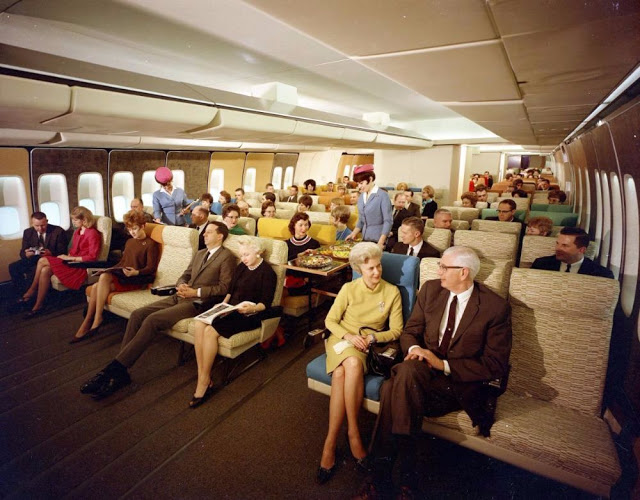 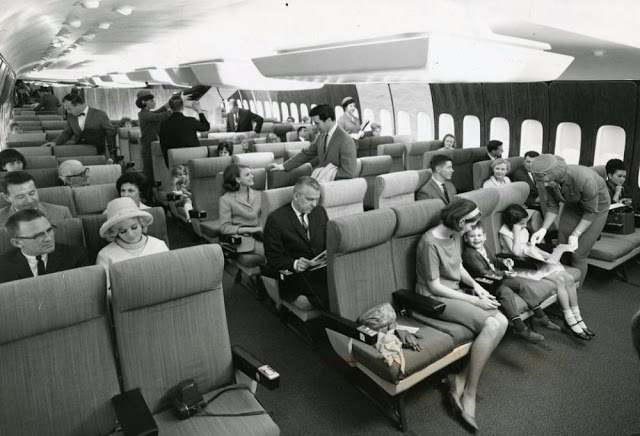 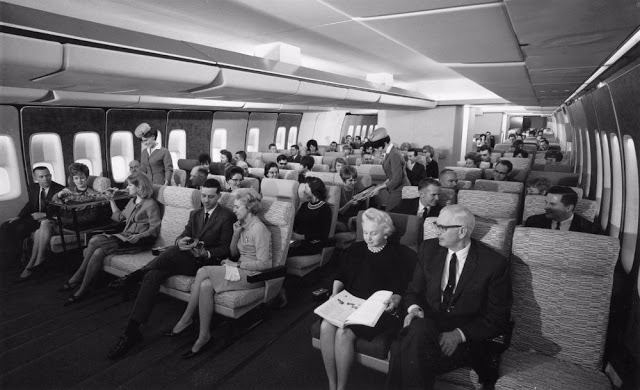 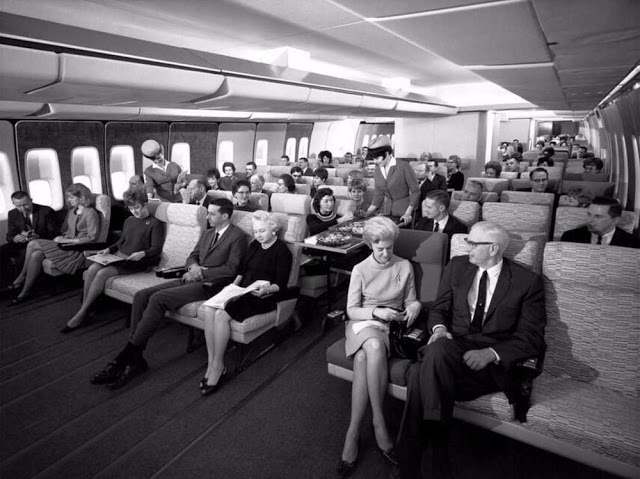