24 Incredible Mugshots of Women Criminals From the 1920s

These mugshots show women criminals from the 1920s. They mostly came from Australia and New Zealand. 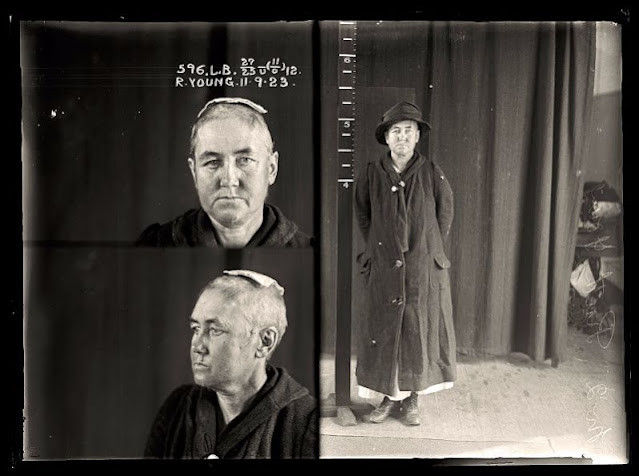 Ruth Young (1923. Aged: 43). She had a problem with alcohol and was often homeless. She had multiple convictions for drunkenness, vagrancy and petty theft. 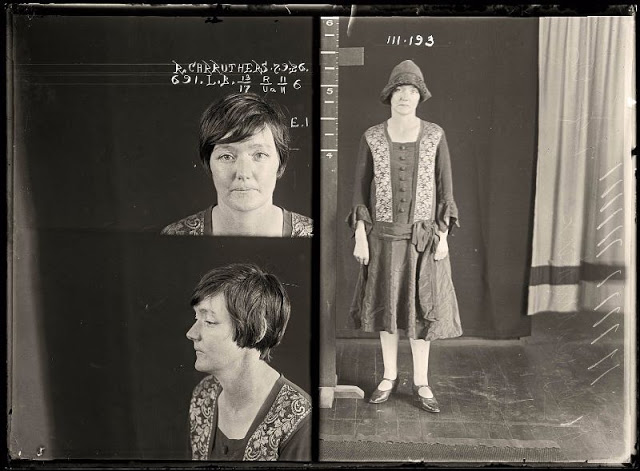 Convicted of false pretenses. Ruth Carruthers went on a criminal spree in 1926, using the art of persuasion to obtain goods and money from hapless shopkeepers. She was eventually convicted on four charges of false pretenses and sentenced to six months at Long Bay. 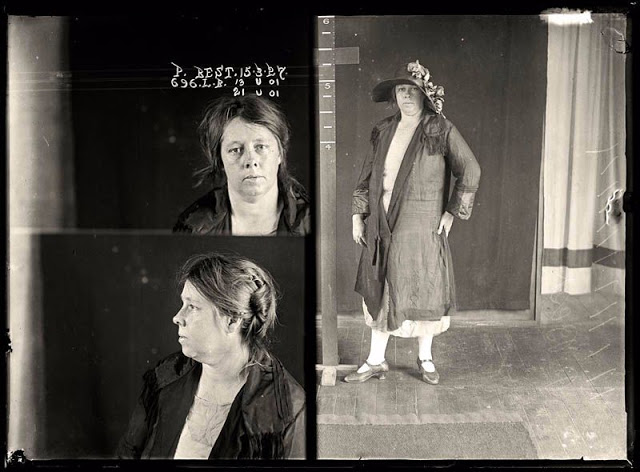 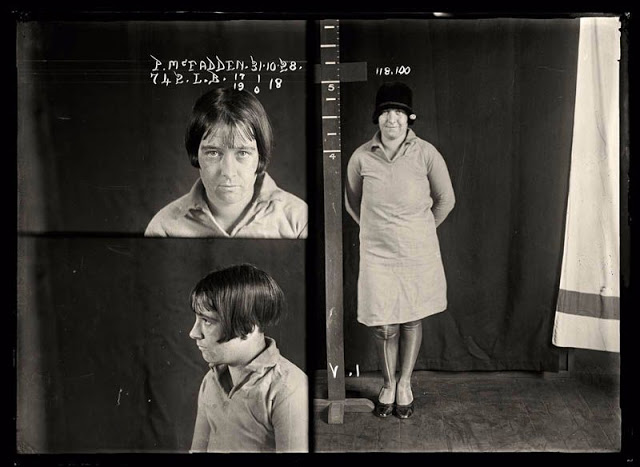 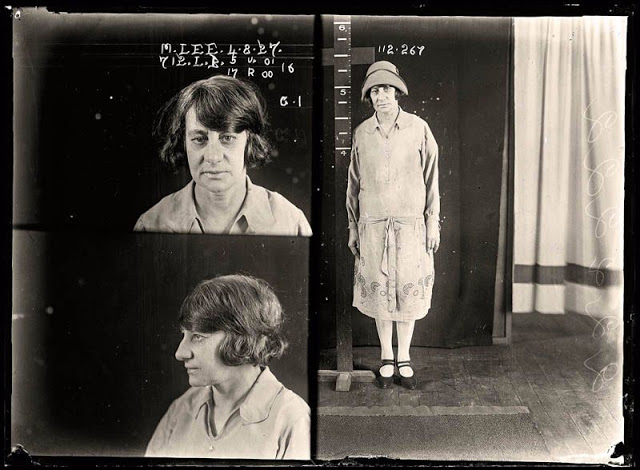 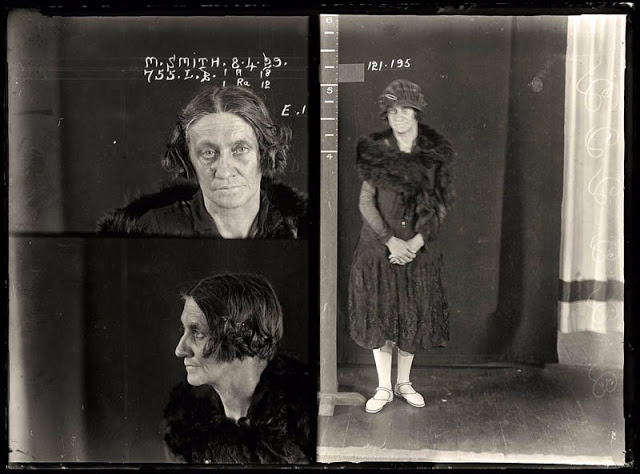 May Smith (1929. Aged: 49). May Smith, alias 'Botany May', was an infamous drug dealer. She once chased policewoman Lillian Armfield with a red-hot iron to avoid arrest. Smith was sentenced to 10 months with hard labor. 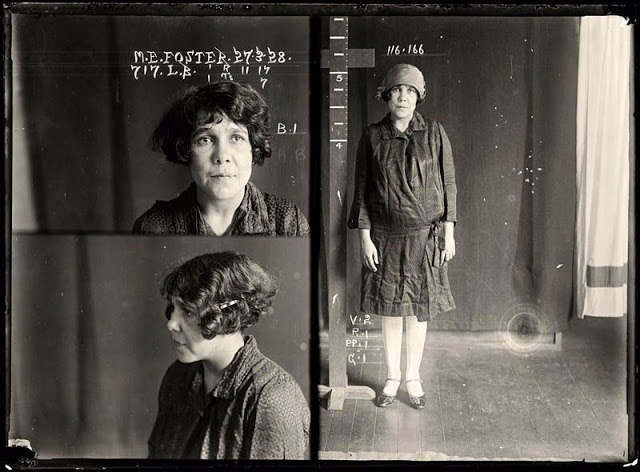 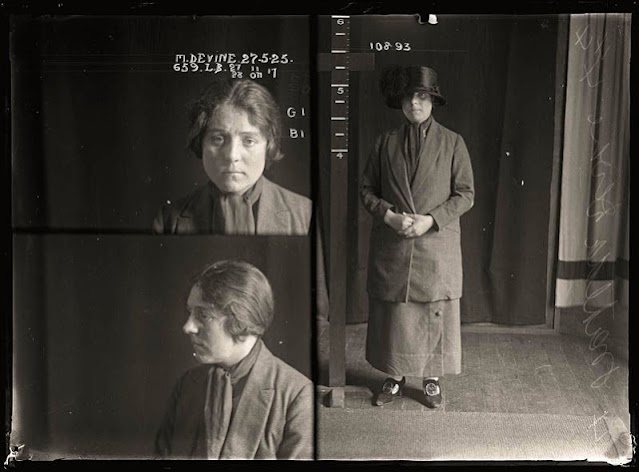 Matilda Devine (1925. Aged: 25).Matilda 'Tilly' Devine used a razor to slash a man's face in a barber's shop and was sentenced to two years gaol. She was Sydney's best-known brothel madam and her public quarrels with sly-grog queen Kate Leigh provided the media with an abundance of material. 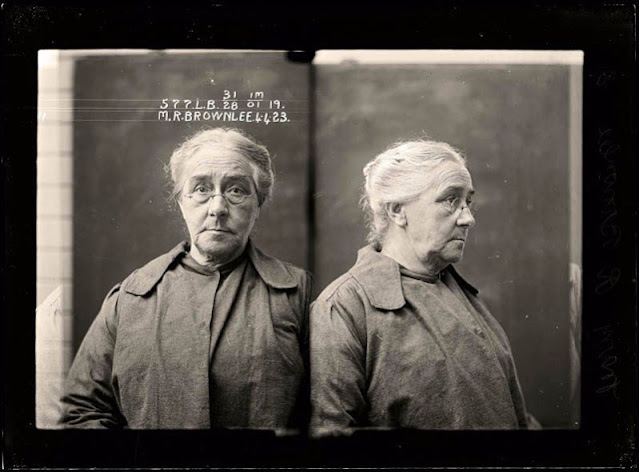 Mary Rubina Brownlee (1923. Aged: 64). Convicted of unlawfully using an instrument to procure a miscarriage. Mary Brownlee was a backyard abortionist who was caught during an extensive police investigation. She was sentenced to 12 months light labor, but her male accomplice was acquitted. 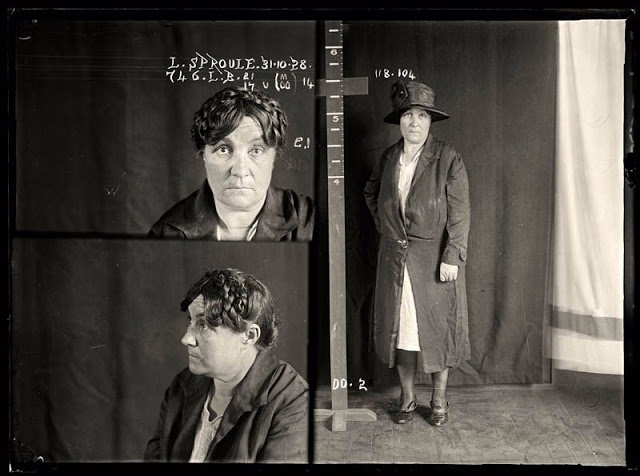 Tasmanian Lillian Sproule (1928. Aged: 50). Became involved in Sydney’s cocaine trade. She was labeled a 'parasite in skirts' by the newspapers and had multiple convictions relating to drug dealing. She was sentenced to six months in prison. 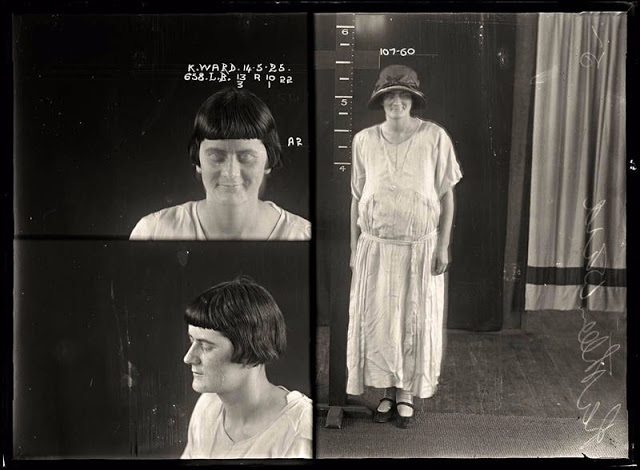 Kathleen Ward (1925. Aged: 21). Had convictions for drunkenness, indecent language and theft. She obviously enjoyed thumbing her nose at the authorities. 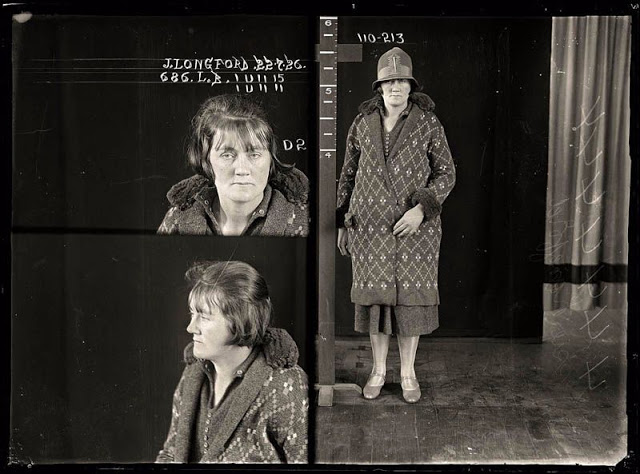 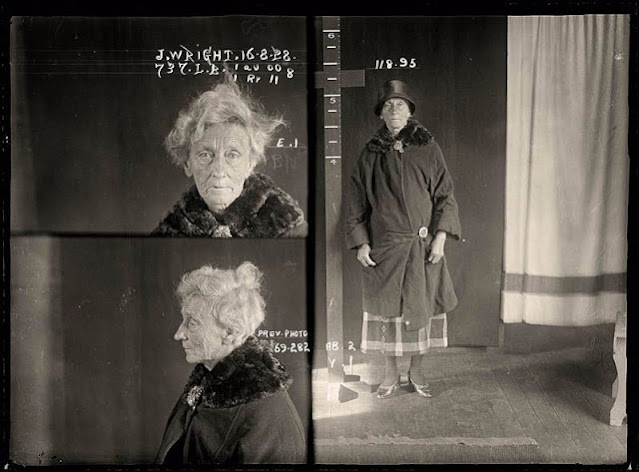 Janet Wright (1922. Aged: 68). Convicted of using an instrument to procure a miscarriage. Janet Wright was a former nurse who performed illegal abortions from her house in Kippax Street, Surry Hills. One of her teenage patients almost died after a procedure and Wright was prosecuted and sentenced to 12 months hard labor. 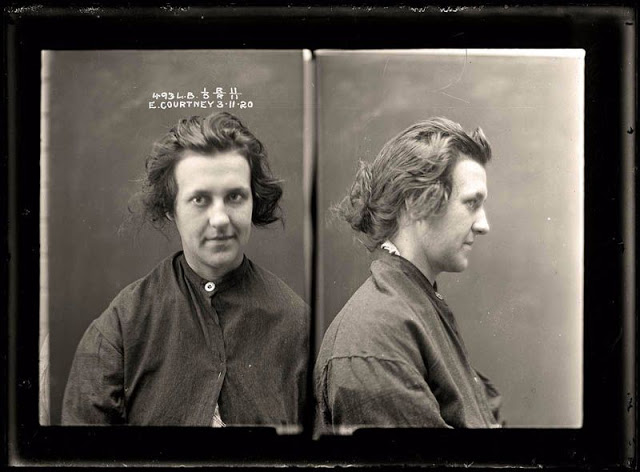 Evelyn Courtney (1920. Aged: 19). Stole a remarkable array of items, ranging from an umbrella to Irish linen napkins. She was a suspect in at least seven different robberies during 1920. 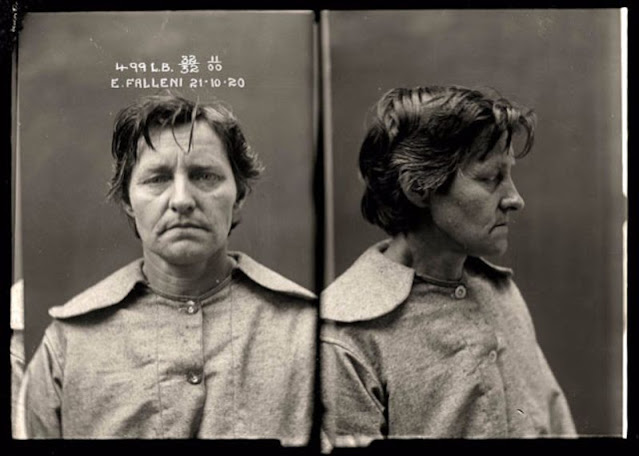 Eugenia Falleni (1920. Aged: 43). Eugenia Falleni spent most of her life masquerading as a man (Harry Crawford).  In 1913 Falleni married a widow, Annie Birkett, whom she later murdered. Convicted of murder in 1928, the case whipped the public into a frenzy as they clamored for details of the 'man-woman' murderer. 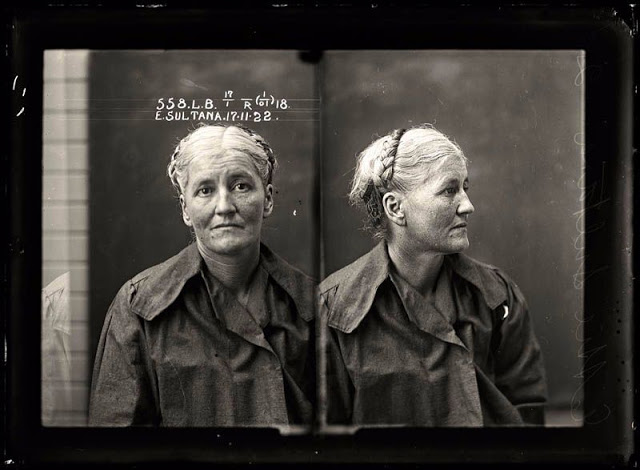 Ettie Sultana (1922. Aged: 37). Worked in northern New South Wales and in the Queensland cities of Brisbane and Toowoomba for most of her career. She had multiple convictions for prostitution, theft, drunkenness, swearing and vagrancy. She was sentenced to six months with hard labor. 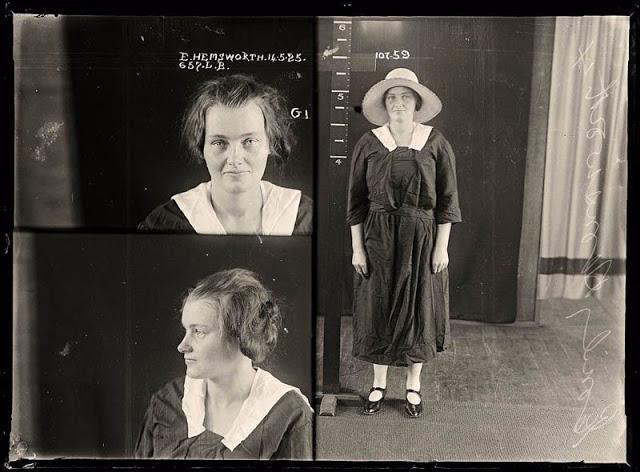 Emily Gertrude Hemsworth (1925. Aged: 24). Killed her three-week-old son but could not remember any details of the murder. She was found not guilty due to insanity. Hemsworth was to be detained in custody until judged fit to return to society – it is unknown if she was ever released. 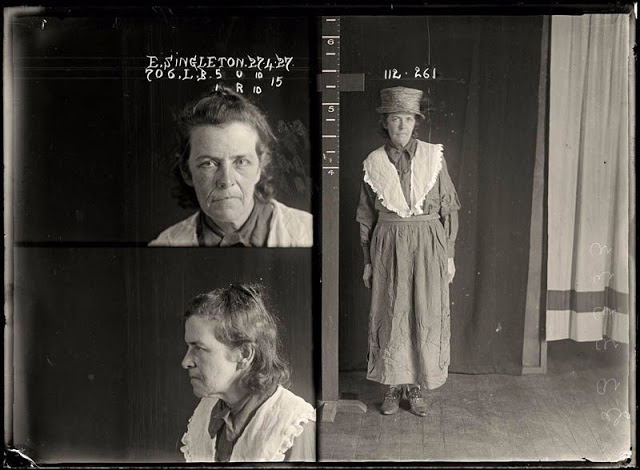 Elizabeth Singleton (1927. Aged: 22).Had multiple convictions for soliciting and was described in police records as a 'common prostitute'. She was imprisoned at Long Bay but the details of her sentence have been lost. 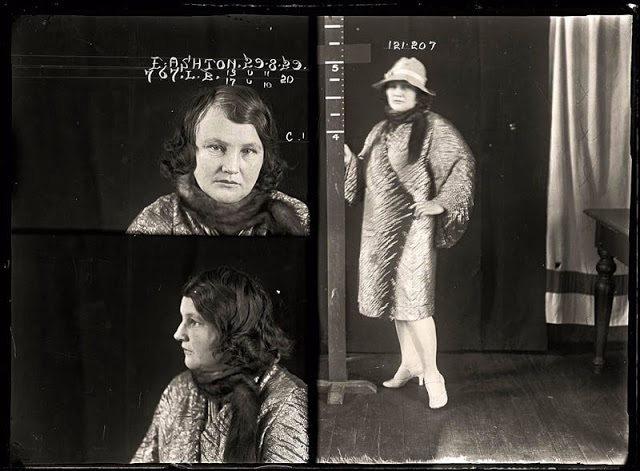 Edith Florence Ashton (1929. Aged: 37). Was a backyard abortionist who also dabbled in theft and fencing stolen goods. Described in the media as a ‘social somebody’ and an 'equestrienne' she was, however, not adept at performing abortions and was suspected of contributing to the deaths of at least two women. 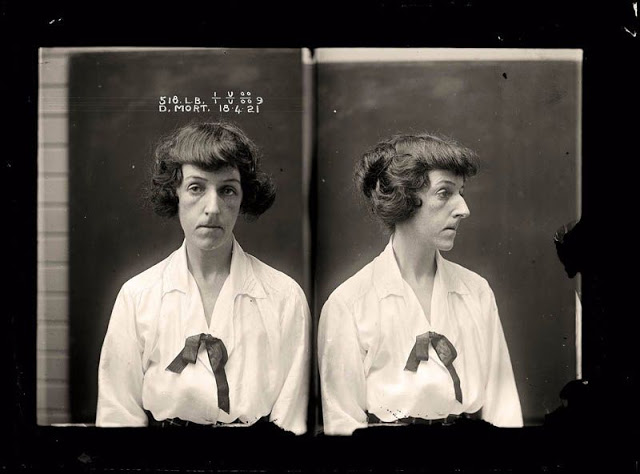 Dorothy Mort (1921. Aged: 32). Convicted of murder. Mrs. Dorothy Mort was having an affair with dashing young doctor Claude Tozer. On 21 December 1920, Tozer visited her home with the intention of breaking off the relationship. Mort shot him dead before she attempted suicide. 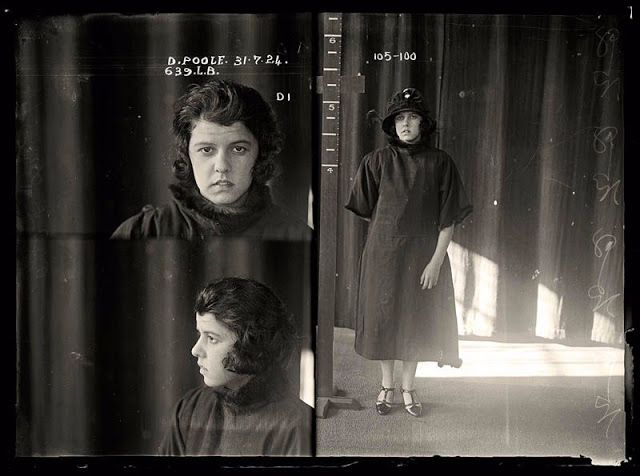 Doris Winifred Poole (1924. Aged: 21). Appeared before the Newtown Police Court charged with stealing jewelry and clothing. She had previously been convicted on a similar charge in North Sydney and so received a six-month sentence with light labor. 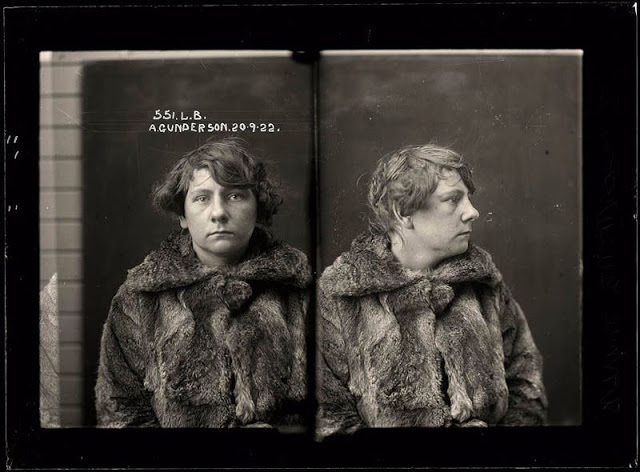 Annie Gunderson (1922. Aged: 19). Teenager Annie Gunderson was charged with stealing a fur coat from a Sydney department store called Winn's Limited, in 1922. Police records do not indicate whether the fur she is wearing is the stolen item. 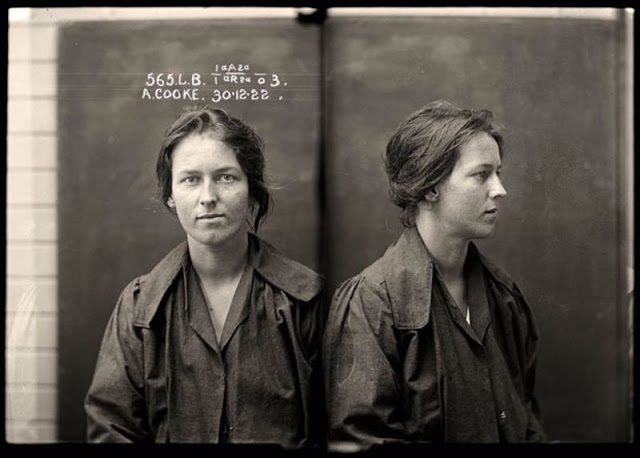 Alice Adeline Cooke (1922. Aged: 24). Was convicted of bigamy and theft. By the age of 24 she had amassed an impressive number of aliases and at least two husbands. She was described by police as 'rather good looking'. 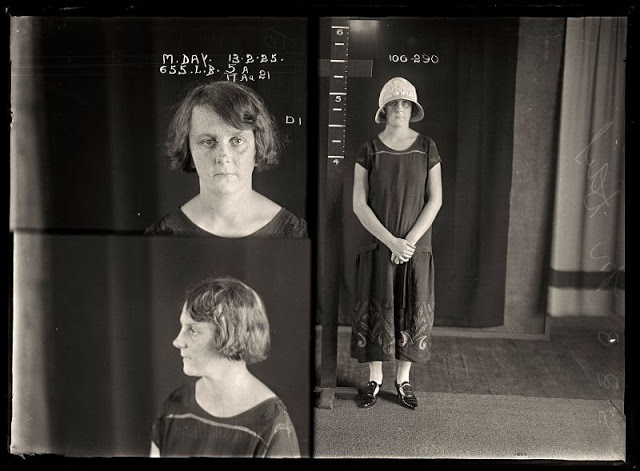 Marjorie Day (alias Elma Walton) (1925. Aged: 20). Marjorie Day convinced a shopkeeper to let her take two dresses home to show her mother. She promised to return promptly but instead sold the clothes at a second-hand clothing shop. A repeat offender, Day was sentenced to six months prison.
Posted by Yesterday Today at 12:47 PM