From Chemical Engineer to Action Star: Pictures of Dolph Lundgren and His Girlfriend Grace Jones From the Early 1980s

Dolph Lundgren was a brilliant Swedish student/athlete headed for graduate study in chemical engineering as a Fulbright Scholar at MIT when he met Jamaican singer/actress Grace Jones in 1983. For four years they were lovers. With Jones’ help, Lundgren landed a small role in A View to a Kill, a James Bond film. That movie led to his costarring opposite Sylvester Stallone in Rocky IV, the movie that won him international stardom.

"The professors are waiting for the star student from Sweden," Lundgren says, "and then they see me ride past outside the window with Grace Jones in the back, all decked out in leather. They probably didn't know what was going on."

After his exposure to show business and the arts, it took only a few weeks for Lundgren to rethink his academic goals, quit the program and return to New York.

"I just knew it wasn't right," he says. Instead of studying engineering, he started studying acting. 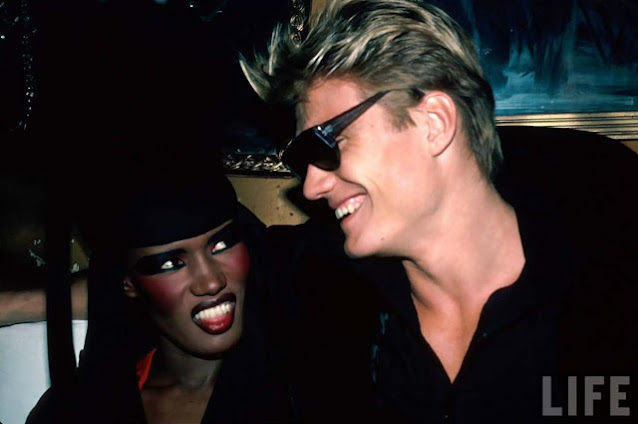 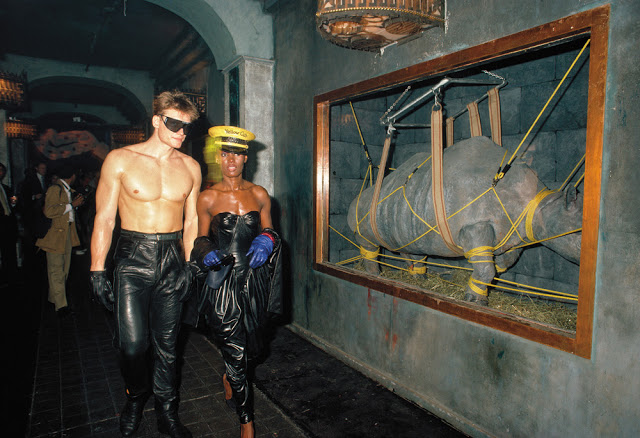 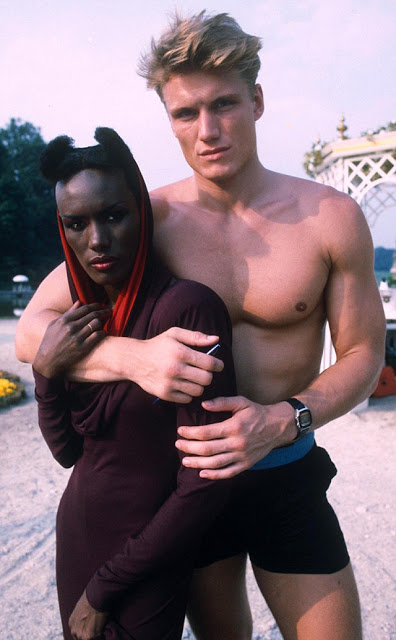 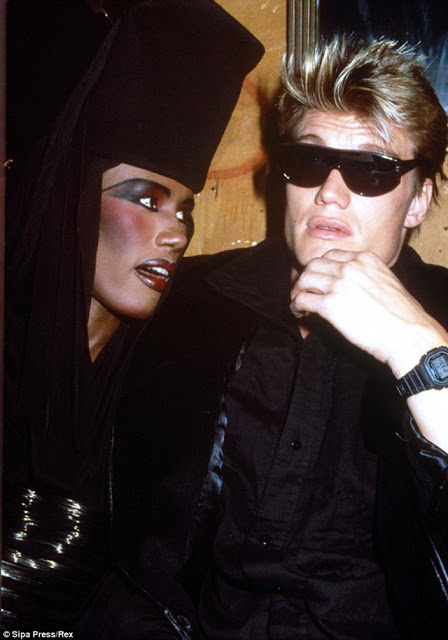 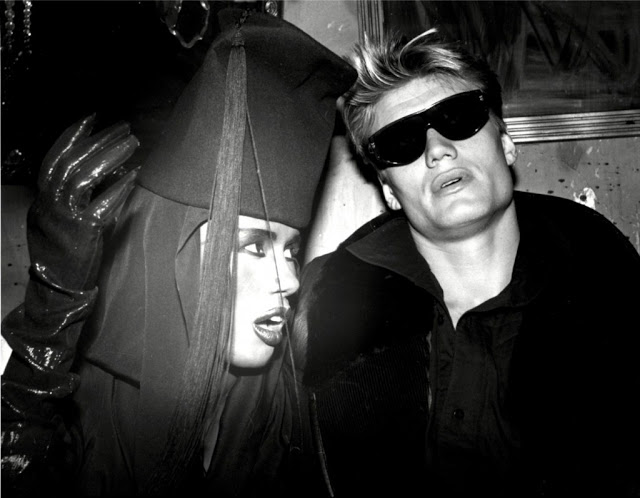 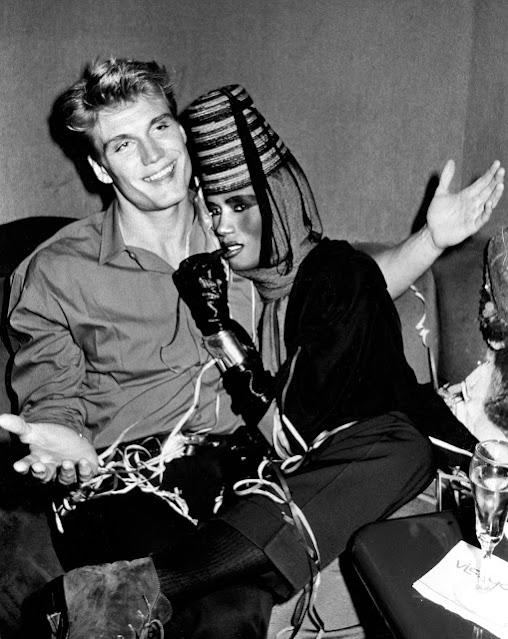 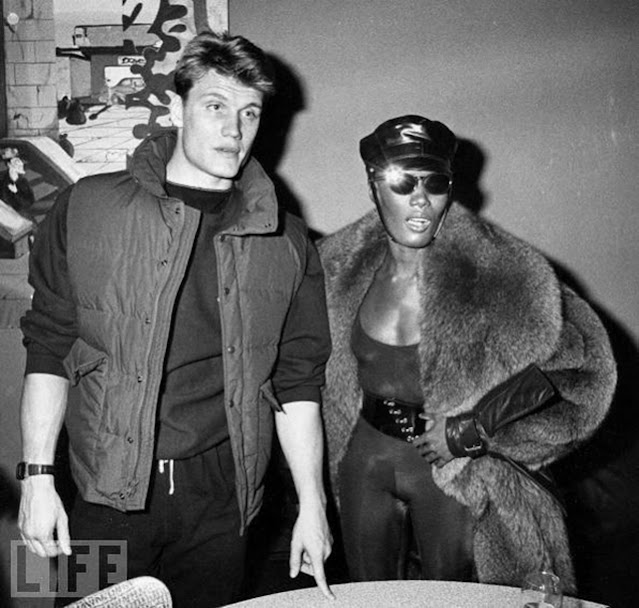 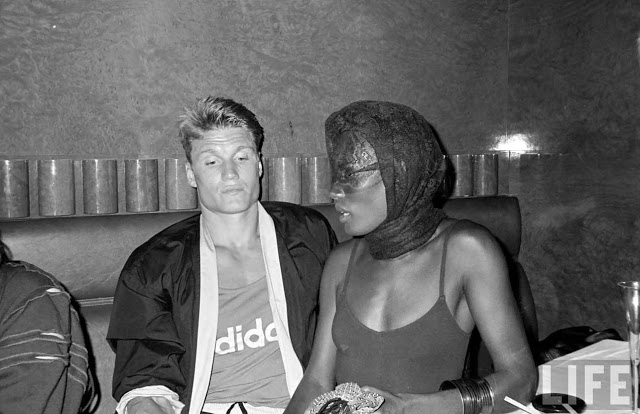 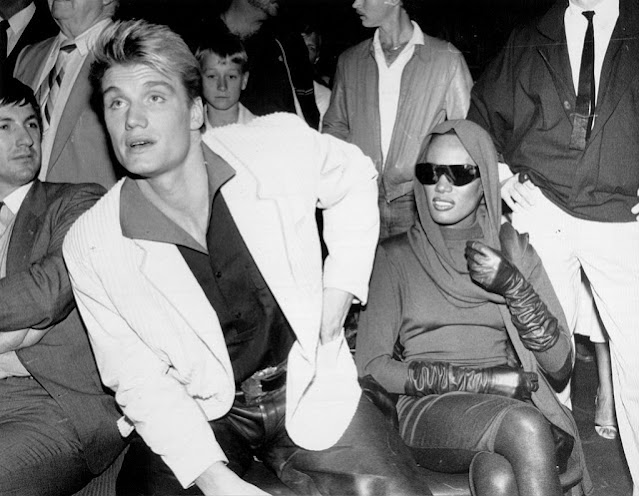 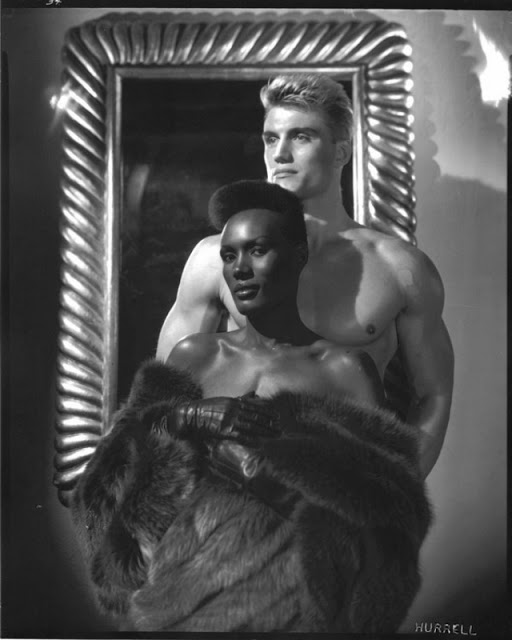 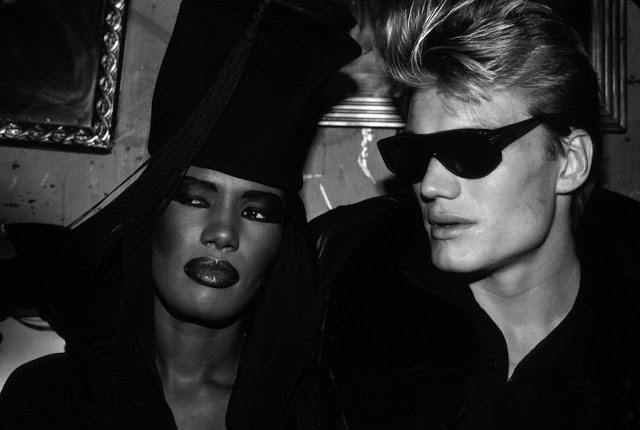 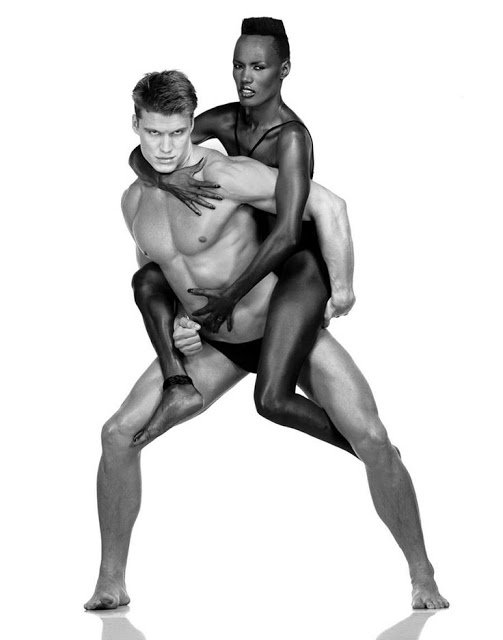 Posted by Yesterday Today at 12:31 PM