These are the last photos ever taken of John Lennon and Paul McCartney together. They were taken in the spring of 1974. It would be 6 more years before Lennon was killed in New York. The two would meet for the last and final time in New York City in April 1976, but there are no pictures to document that visit. 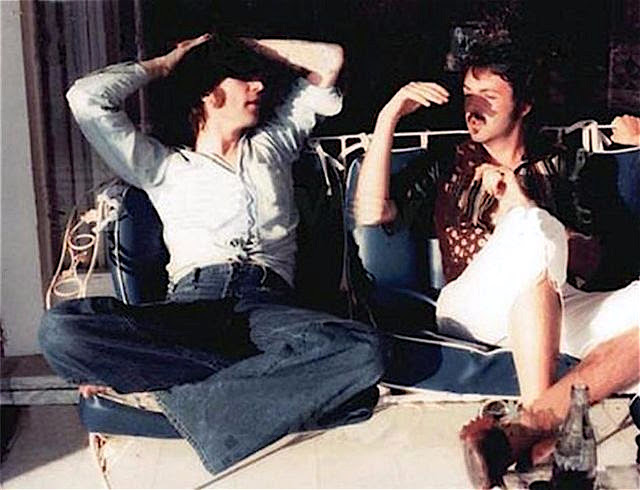 This first one, above, is of John and Paul at the pool of the home in Santa Monica; which was owned by RCA and loaned to Harry Nilsson as part of a recording contract. It had formerly been owned by Peter Lawford and was the house where JFK had his trysts with Marilyn Monroe. The photo was included in Pang’s book of photographs, Instamatic Karma, which was published in 2008.
Nilsson was letting John use the house during his time away from New York with Yoko's assistant, May Pang. Keith Moon and Ringo Starr, both recently divorced, were also living there at the time of Paul and Linda McCartney’s visit in the spring of 1974.
The photo is taken the morning after Paul shows up as a complete surprise at the studio in Los Angeles and jams with John, Stevie Wonder and sundry others (bootlegged on ‘A Toot and A Snore in 74’), the first time Lennon and McCartney have seen each other for several years amid bitter fallings-out which have now faded.
Paul has just received his US Visa finally after several years of being denied because of his erstwhile pot-busts in Europe and the UK. 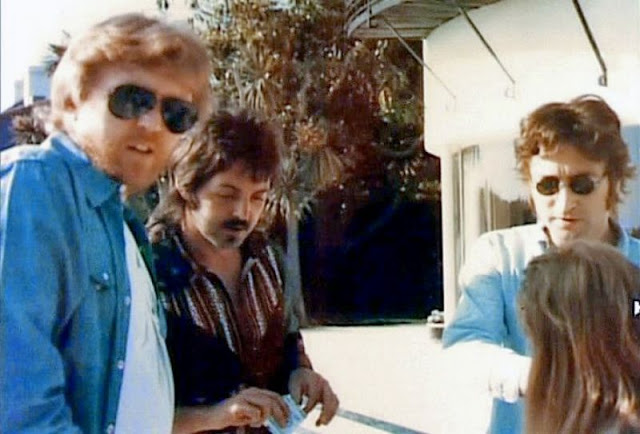 This next photo is of Harry Nilsson and Paul with John; back of Linda’s head. This was the same month in which John and Nilsson had their famous brawl with the bouncers at the Troubadour. Also, during this meeting, Nilsson offered Paul some PCP which he declined on the basis that when he asked Nilsson if I was any fun the singer said, “No, it’s not.” To which Paul replied, “Well, you know what? I won’t have any.” (page 108 of “Man On the Run” by Tom Doyle - 2014) 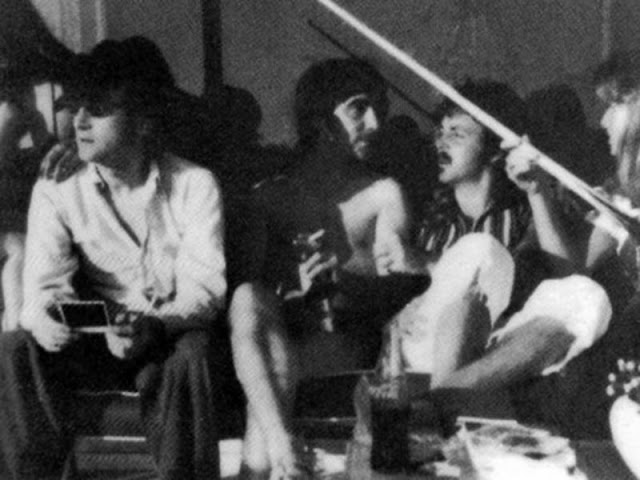 And this black and white of John with Keith Moon and Paul and Linda was taken by Peter Butler. These 3 photos are the only surviving photos from that day. They were mostly Polaroid’s and time has had its way with them. Note that in this shot John is holding one of the photos.
Pang answered some questions about the meeting…
How did the final Lennon-McCartney photo come about?
“It was during the Harry Nilsson sessions. He had popped in (the studio) the night before... The next day, Paul came over with Linda and kids in tow. Everybody’s just hanging out at the Santa Monica beach house. Everyone’s just talking, just relaxing.”
Were you at that studio jam the night before?
“I was playing tambourine with Mal Evans... All of a sudden I looked up and said, “Paul?” John turned around and said, “Oh, hello, Paul.” It was like they’d seen each other just the night before. John hadn’t seen him in a couple of years at that point. Then Paul’s heading to the drums; he just went to Ringo’s drum kit and started to jam. Stevie Wonder happened to drop by. Stevie’s on the electric piano, Linda’son the Hammond B3... Everybody was just hanging out and jamming.” 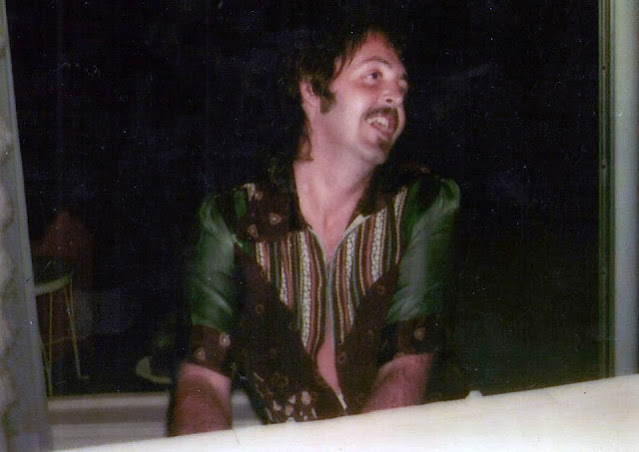 Another photo of Paul hanging out in Santa Monica in 1974. 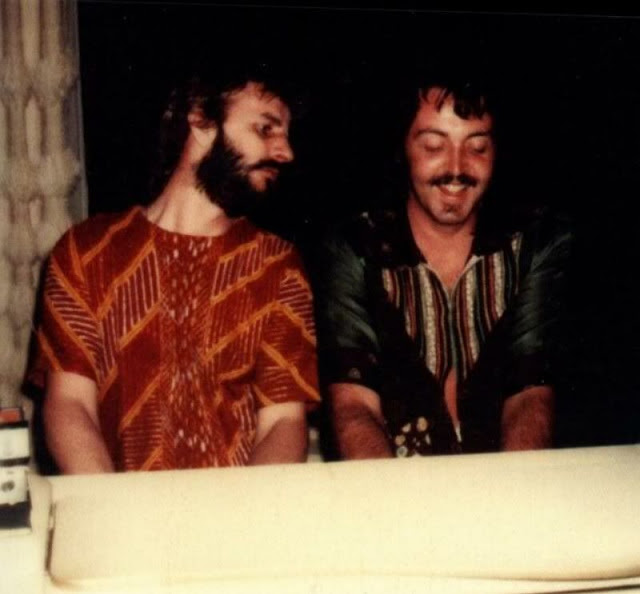