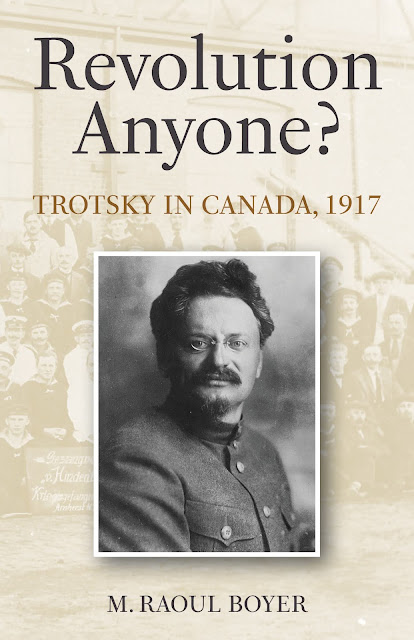 In March 1917 Russian Socialist Revolutionary Leon Trotsky left New York for Russia and the upcoming Russian Revolution. His goal upon arrival in his homeland, was to create a new communist country based on long-espoused ideals. During his previous ten weeks in New York he had been under constant surveillance by British and American intelligence. Through all of it Trotsky would continue to write, to speak, and to generally agitate for the socialist cause.

On the trip back to Russia, Trotsky’s ship went into the port of Halifax, Nova Scotia, Canada for a routine inspection. Little did he know that an order had been given for his arrest. This precipitated a month-long saga which would initially find Trotsky imprisoned in the historic Halifax Citadel. Then he and his compatriots would be shuttled inland to the internment camp in Amherst, Nova Scotia for most of the month of April, 1917. His wife and two children would remain under house-arrest in Halifax.

Revolution Anyone? Trotsky in Canada 1917 recounts fascinating stories of intrigue as well as a snapshot of interned life in a German POW camp, in this little-known event in the history of World War One.

Available Now in paperback and ebook from Amazon at  https://amzn.to/2QZmiGr

or an ebook from Kobo at  https://www.kobo.com/ca/en/ebook/revolution-anyone-trotsky-in-canada-1917-1

Posted by Yesterday Today at 2:27 PM