Stairway to Hell: The Story of Jimmy Page With Lori Maddox, His 14-Year-Old Lover, in the 1970s

Lori Mattox was born in Los Angeles in 1958, and when she was around 13 made her entry into the rock n roll scene with Sable Starr. They were regulars at the Rainbow Bar & Grill, Rodney's English Disco, the Continental Hyatt House (the notorious “Riot House"), and the Whisky A Go Go.

She became a teen model and was included in several editorials in Creem and in Star magazine, the local bible of the scene. Her petite frame, large brown eyes and masses of chestnut curls drew her many admirers, and it has been reported that she lost her virginity to David and Angie Bowie at thirteen. Around the same time a photo of her was shown to Jimmy Page, who quickly became infatuated with her. He was still dating Miss Pamela of the GTO’s (later Pamela Des Barres) but when he was in LA in 1972 on the Zeppelin tour he went after Lori. 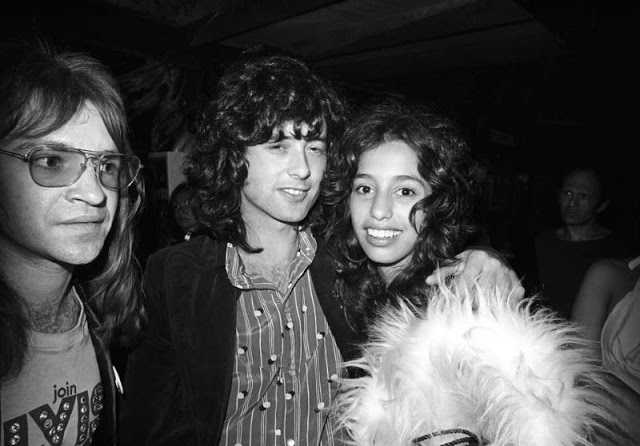 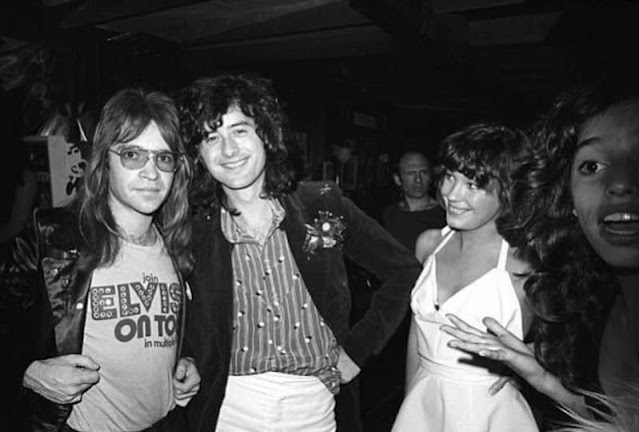 Lori avoided his advances several times, later stating that she was frightened of him; finally Led Zeppelin’s tour manager “kidnapped” her and brought her to the Hyatt and to Jimmy’s room. Interviewed in Hammer of the Gods, a biography of Led Zeppelin, Lori said that the room “was dimly lit by candles... and Jimmy was just sitting there in a corner, wearing this hat slouched over his eyes and holding a cane. It was really mysterious and weird... He looked just like a gangster. It was magnificent.” They started an affair that night, which was kept secret since she was only 14 and he was still dating Pamela. His relationship with Pamela ended dramatically when he took her to a party for the band but left with Lori.
By all accounts, Jimmy and Lori were very in love and for the next year and a half she traveled often with the band. When she was 16 he left her for Bebe Buell, the Playmate who had recently been living with Todd Rundgren. Bebe was Jimmy’s date for the Swan Song soiree, which Lori found incredibly upsetting since she was still in love with him. Out of her mind on Quaaludes, she stumbled around the party, bloodying her nose and soaking her white gown in blood. When Bebe and Jimmy were leaving the party, she cornered them, screaming at Jimmy, “Why are you doing this to me?” but he ignored her and went to the Rainbow Room where he had a huge fight with Bebe over his cruelty to Lori. 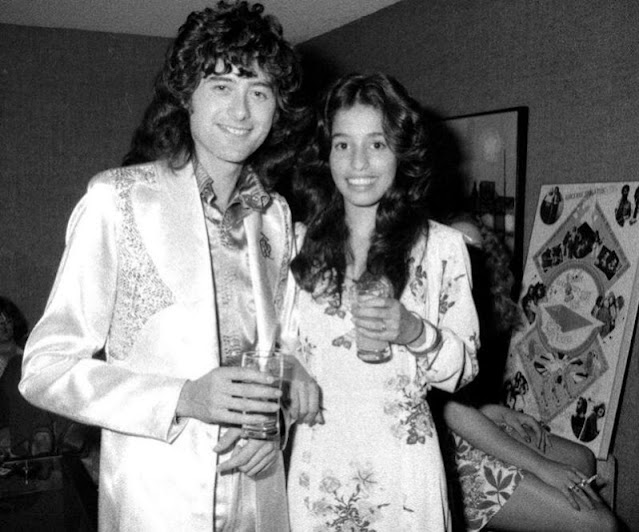 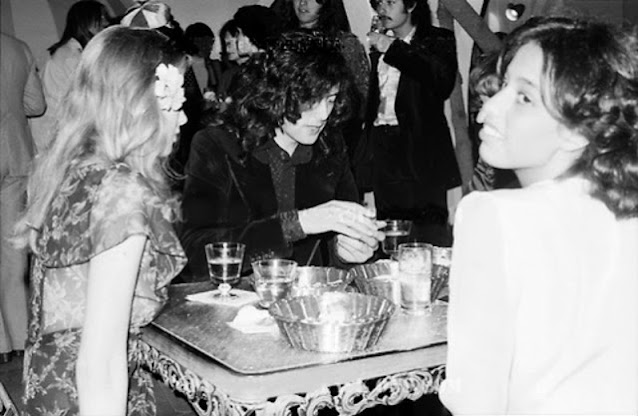 The next day Lori went to the Hyatt where she found Jimmy and Bebe in bed together. She fled but came back later and knocked on the door. When Bebe opened the door with the chain on it, Lori reached through, grabbing Bebe’s hair and trying to drag her out. Jimmy watched his former and current girlfriends fight it out from the safety of his room, laughing hysterically. Lori drifted out of the groupie scene and briefly got back together with Jimmy in the early 80s; she supposedly never got over the pain of their first breakup but has gone on to a stable career as a buyer in LA and has a son.
Just like Sable, Lori’s style was an amalgamation of trash and full-on glamour. Often wearing hot pants with halter tops made from long, thin scarves that barely covered her pre-pubescent breasts, Lori was just as likely to wear a vintage 40s satin gown with a mink stole. Even in her trashiest outfits, her huge smile lights up the snapshots and she never appears as cheap as Sable sometimes did. More openly romantic than her good friend, it isn’t hard to see how she was so deeply affected by the events of her teenage years. 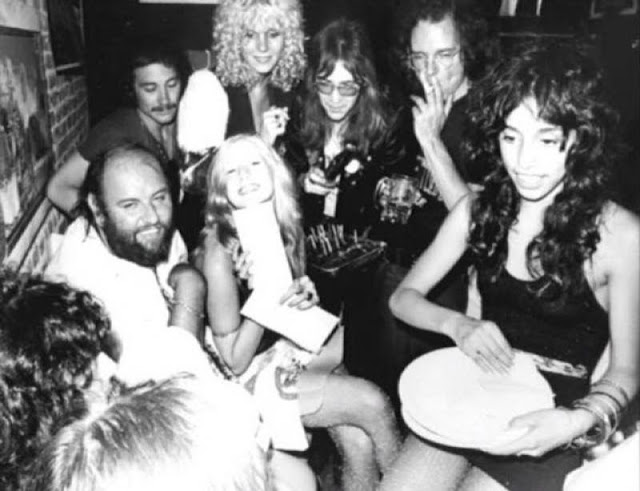 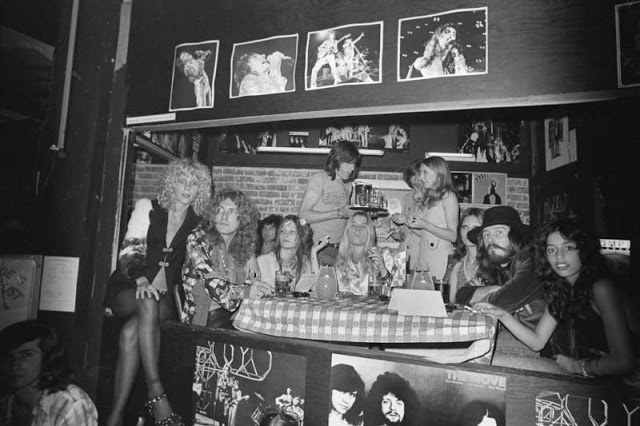 After drifting out of the groupie scene, Lori held a series of jobs. She currently works as a buyer and manager at a fashion boutique in Los Angeles. Lori occasionally gives interviews where she talks about her groupie days (especially her relationship with Jimmy Page).

Posted by Yesterday Today at 12:07 PM