The Civil War comes alive as never before in this extraordinary collection of colorized photographs from the era. Not only does it feature portraits of famous leaders and ordinary soldiers but also vignettes of American life during the conflict: scenes from urban and plantation life; destroyed cities; contested battlefields.

Here, TIME commissioned Sanna Dullaway, a photo editor based in Sweden, to colorize some of the most iconic images of the Civil War. The end result, which can take up to three hours to achieve per picture, offers a novel and contemporary perspective to history. 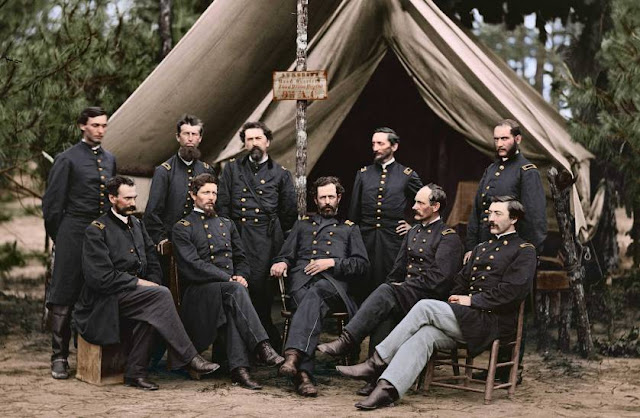 Surgeons of the 3rd Division before hospital tent in Petersburg, Va., Aug. 1864. 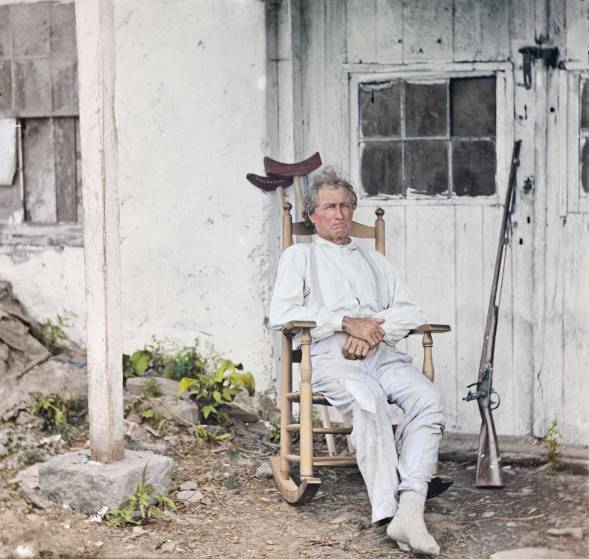 John L. Burns, the "old hero of Gettysburg," with gun and crutches in Gettysburg, Penn., July, 1863. 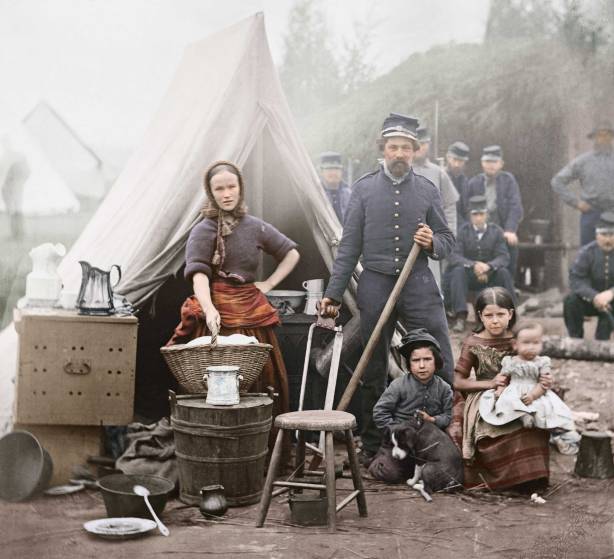 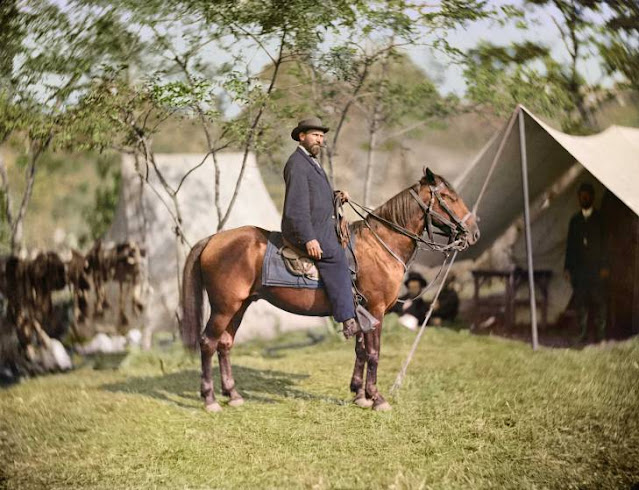 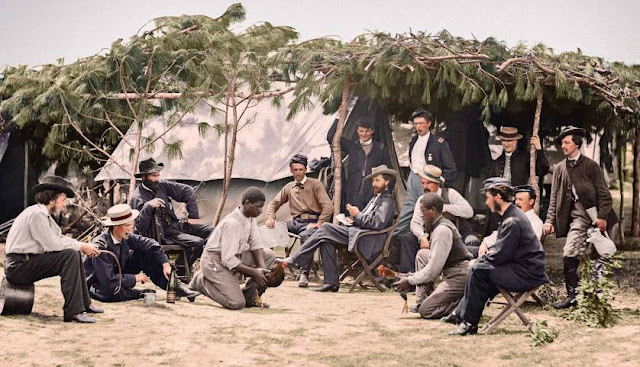 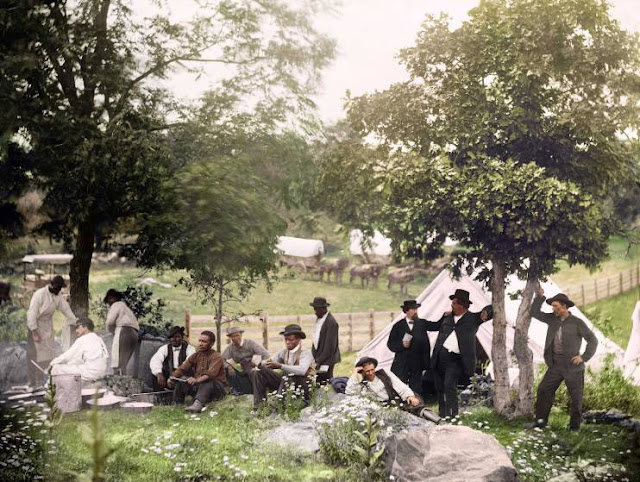 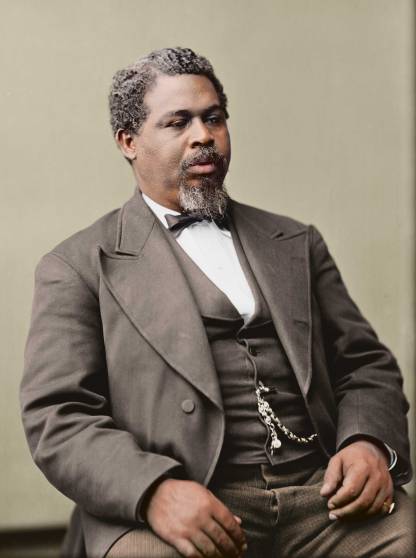 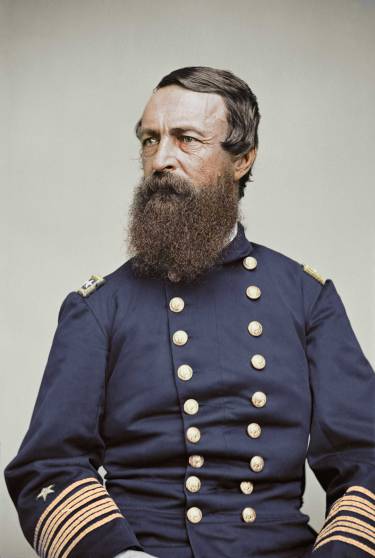 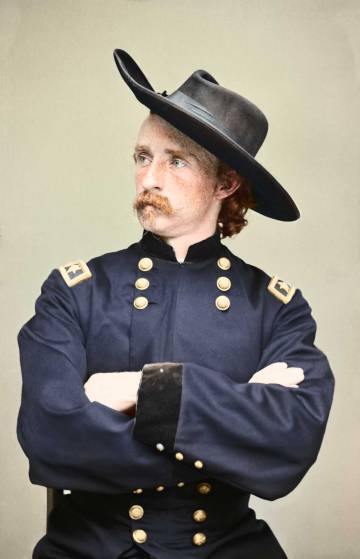 Portrait of Maj. Gen. George A. Custer, officer of the Federal Army, 1865. 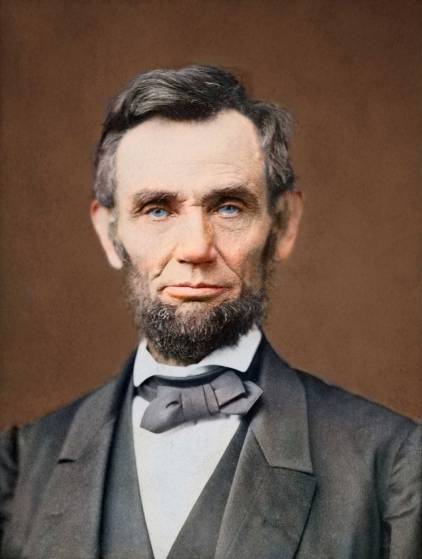 President Lincoln on the battlefield 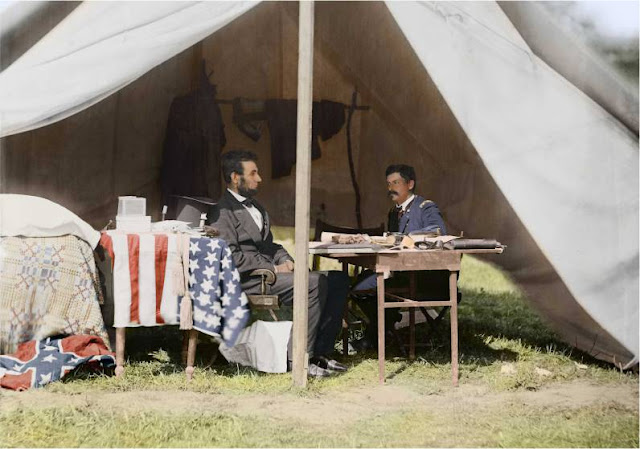 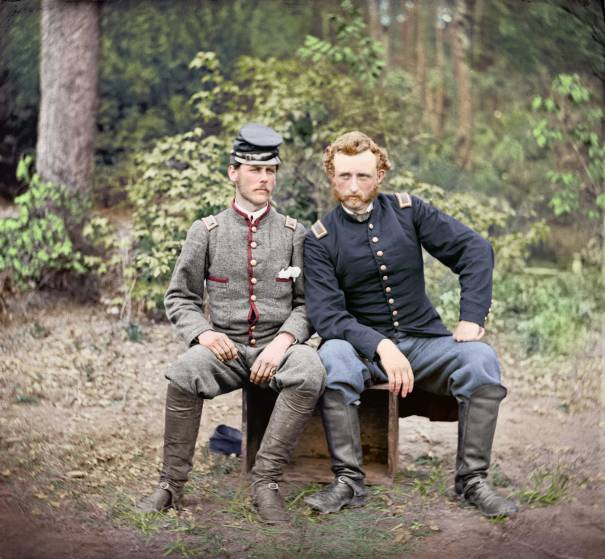 Capt. Custer of the 5th Cavalry is seen with Lt. Washington, a prisoner and former classmate. 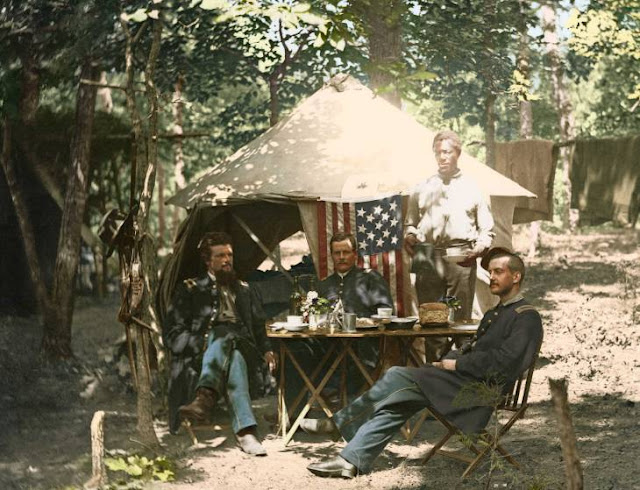 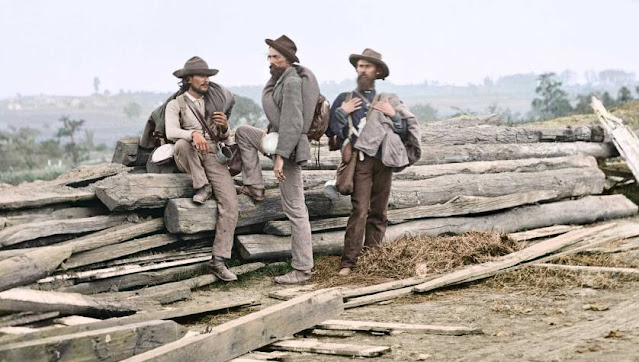 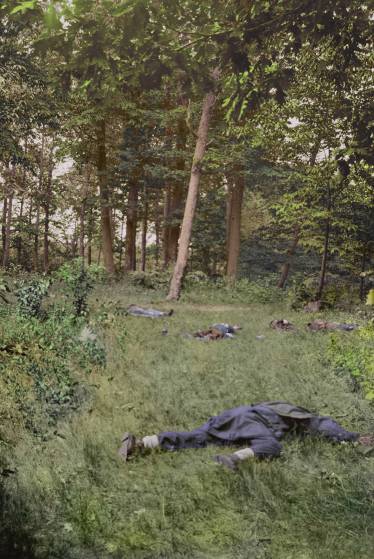 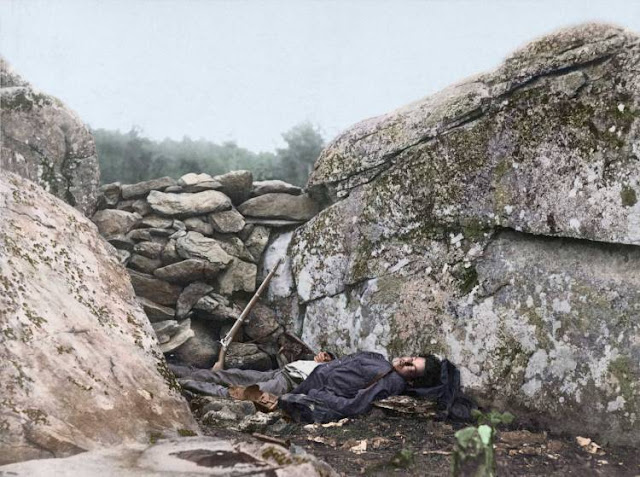 Dead Confederate sharpshooter at foot of Little Round Top on the battlefield at Gettysburg, July, 1863 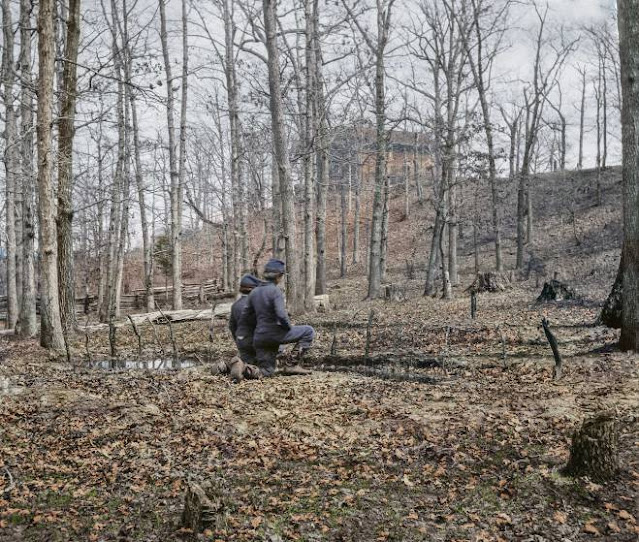 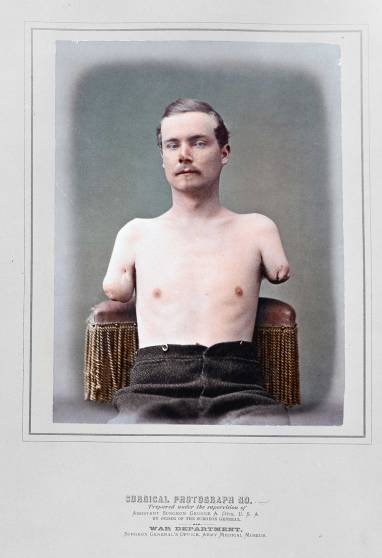 A surgical photo from the Surgeon General's War Department shows an injured soldier with both arms amputated. 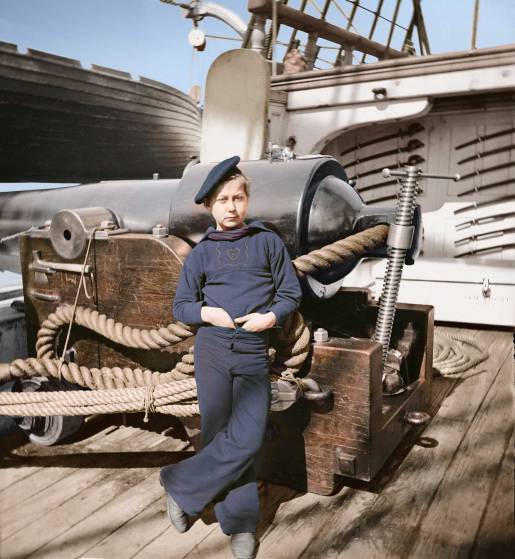 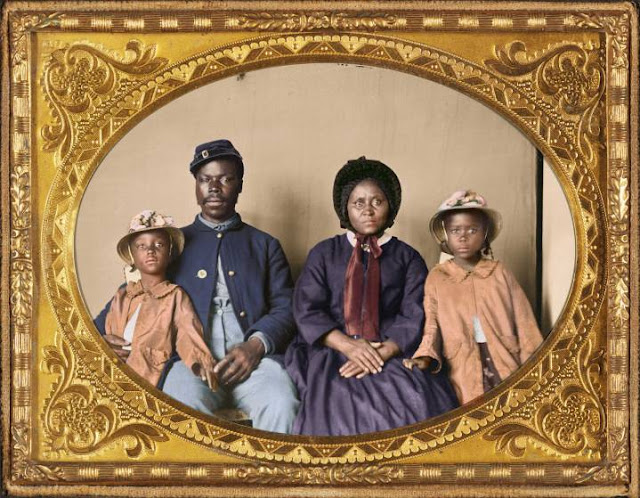 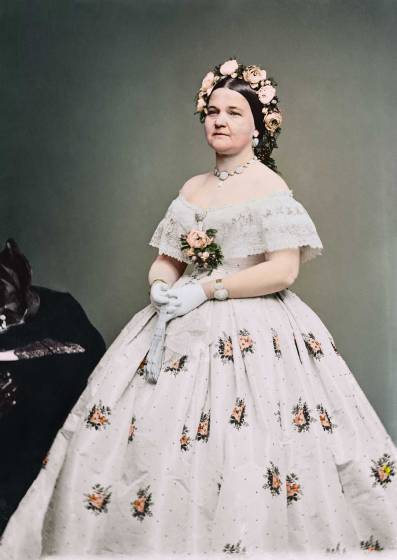 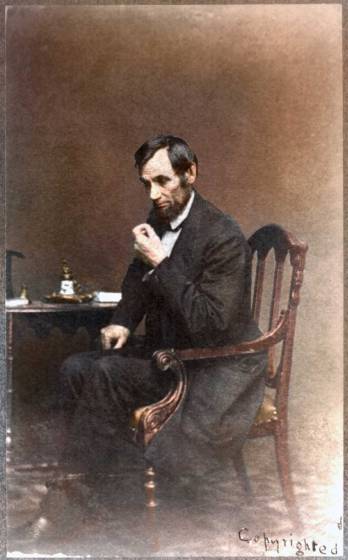 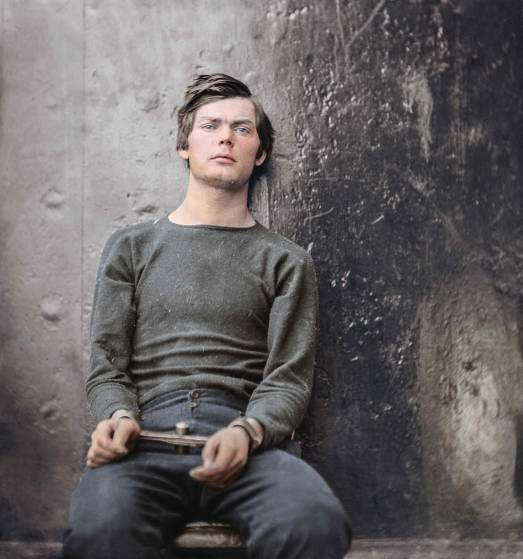 Lewis Payne, a conspirator in the assassination of President Lincoln, in the Washington Navy Yard, April-July 1865. 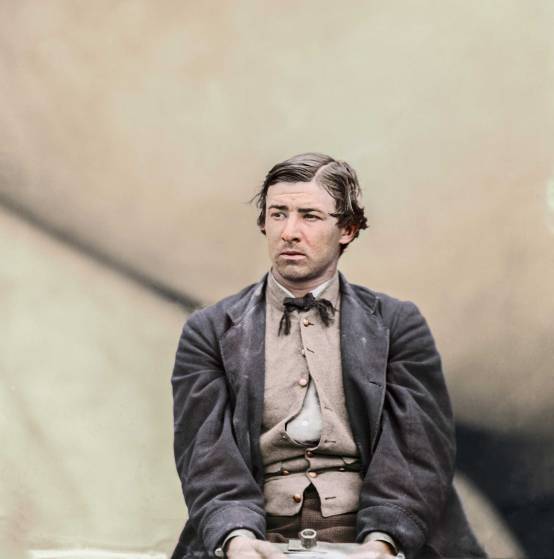 David E. Herold, a conspirator in the assassination of President Lincoln, in the Washington Navy Yard, April-July 1865. 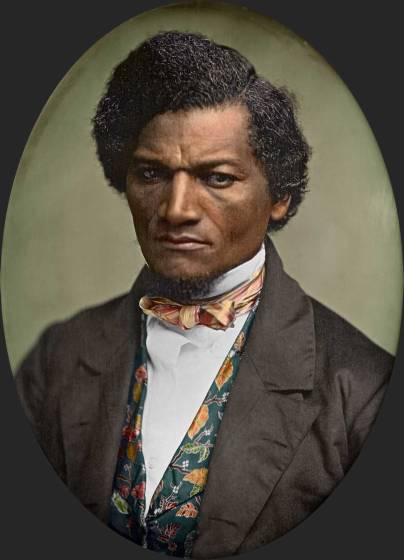 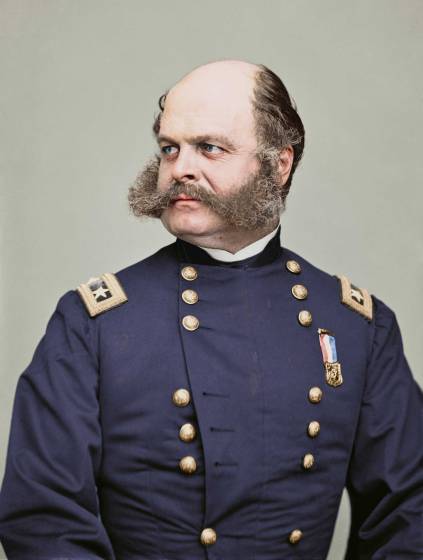 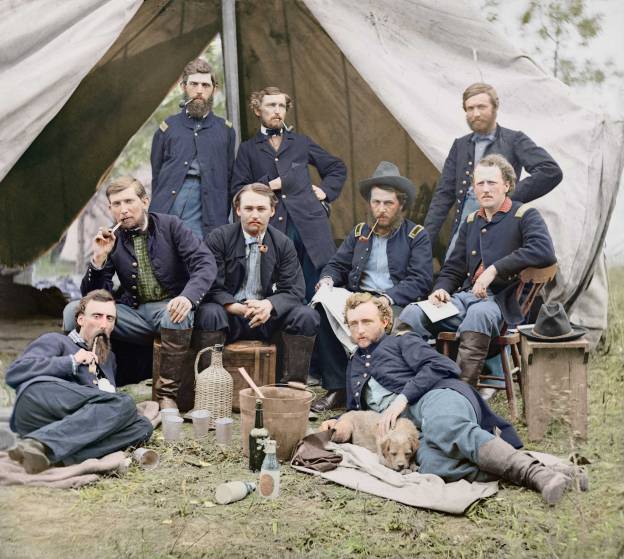 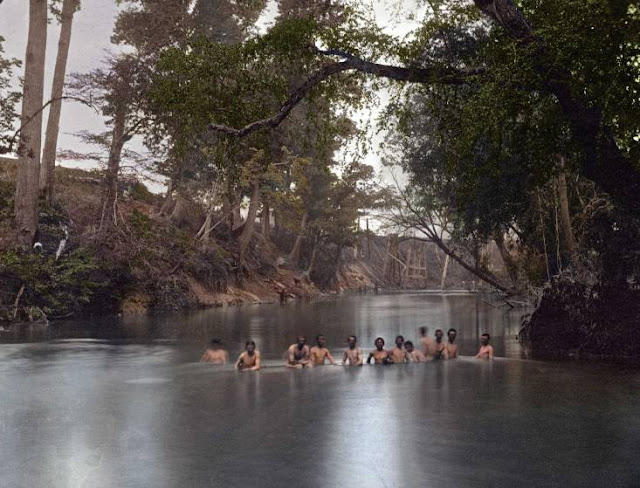 Soldiers bathing near the ruins of a railroad bridge, North Anna River, Va, May, 1864. 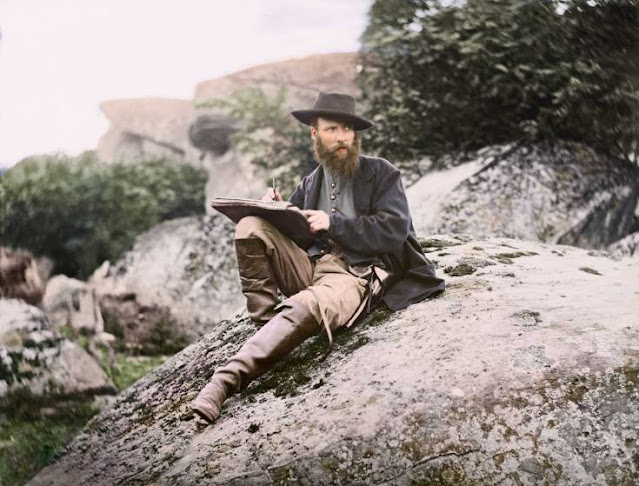 Posted by Yesterday Today at 3:06 PM