In November 1993, about five months before Cobain died, Jesse Frohman, who has photographed countless celebrities and artists, was commissioned by Sunday Observer magazine of London to shoot Nirvana. They were going to be in New York performing at the Roseland Ballroom. The shoot was scheduled to take five hours. Frohman and his assistants quickly put together a makeshift studio in a small room at the New York hotel where the group was staying. Their manager had nixed the original plan to shoot outdoors.

Band members Dave Grohl and Krist Novocelic arrived promptly at 11:00 a.m., when the shoot was to begin, but lead singer Kurt Cobain was a nowhere to be found. Three hours later, Cobain showed up in a pair of large, white Jackie O sunglasses. In a whisper, he asked for a bucket.

Frohman asked, “Sure, but what for?”

Frohman’s insightful portrait of an idol transcends the nature of celebrity photography. The pictures are as humanizing as they are glorifying. Cobain appears as a goofily provocative iconoclast, while revealing a more depressing side of the life of a great artist dependent on drugs. These photographs, captured not long before the time of his death, provide a fascinating insight into the end of the life of a rock star. 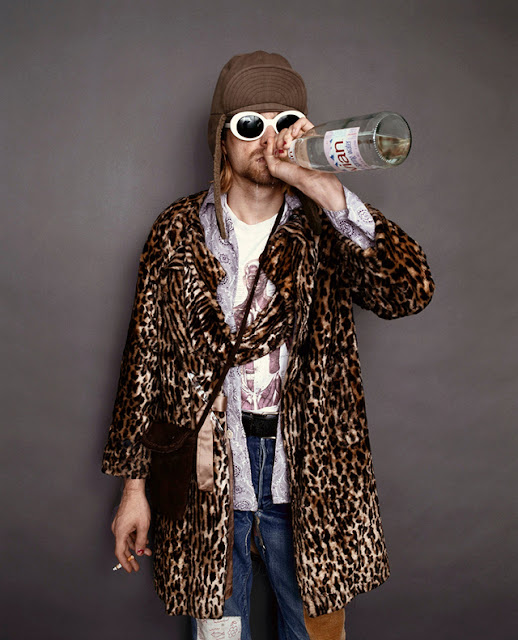 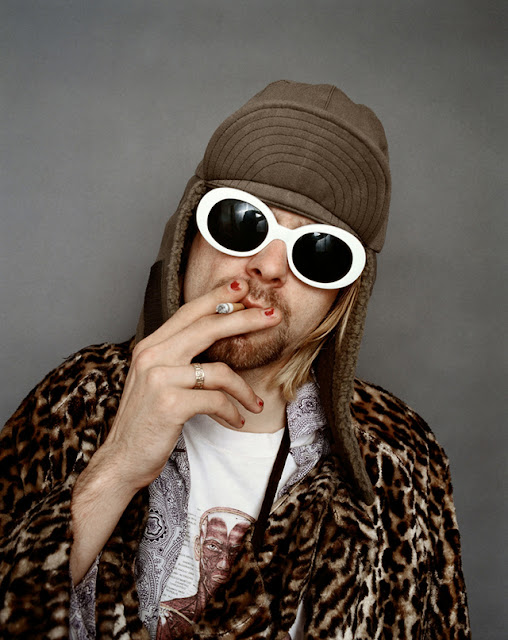 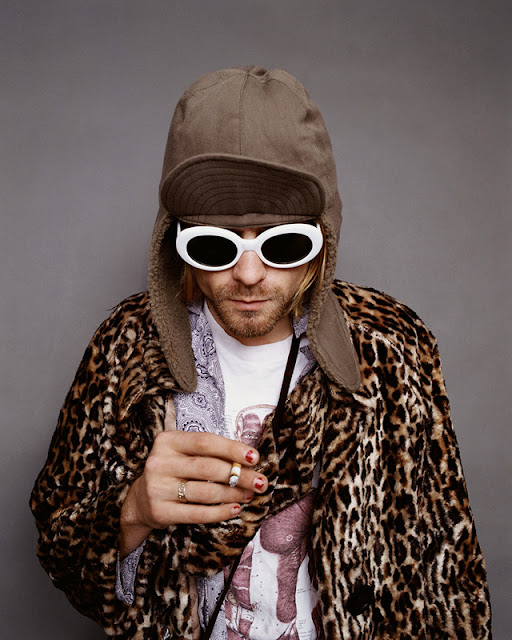 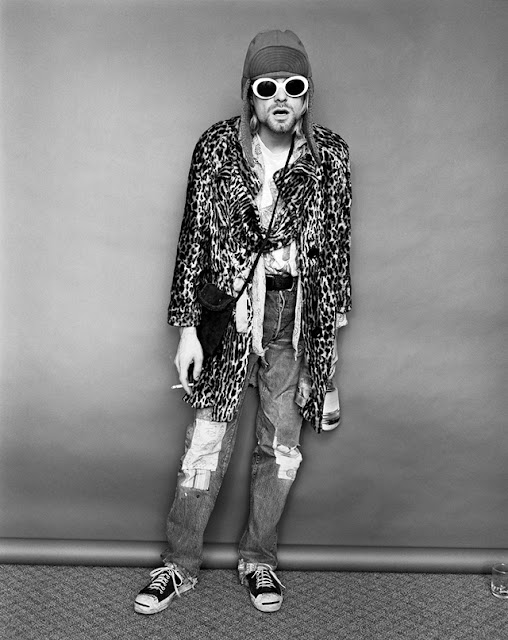 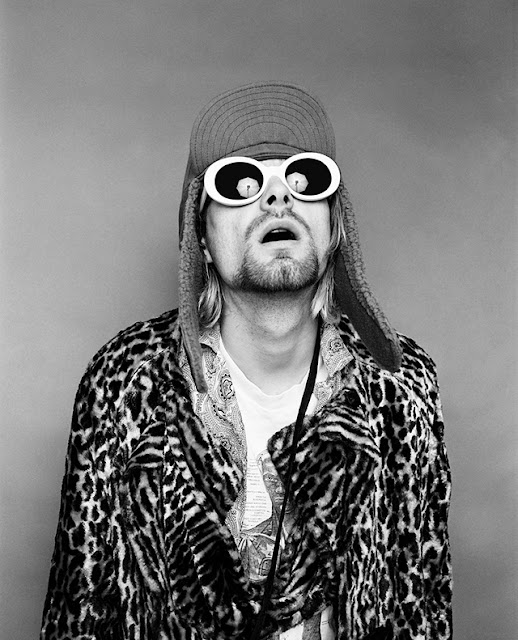 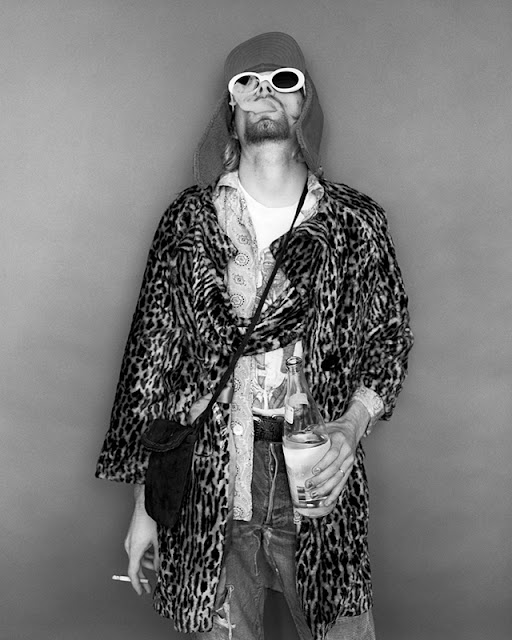 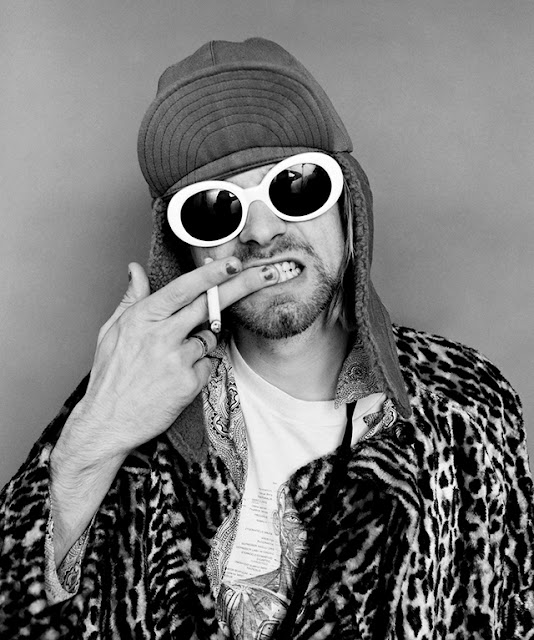 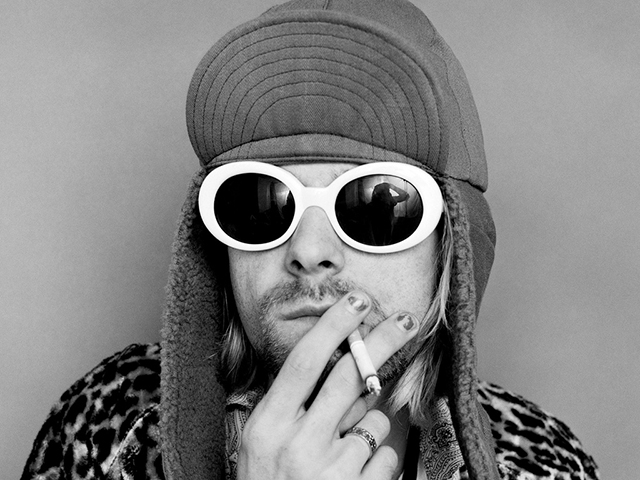 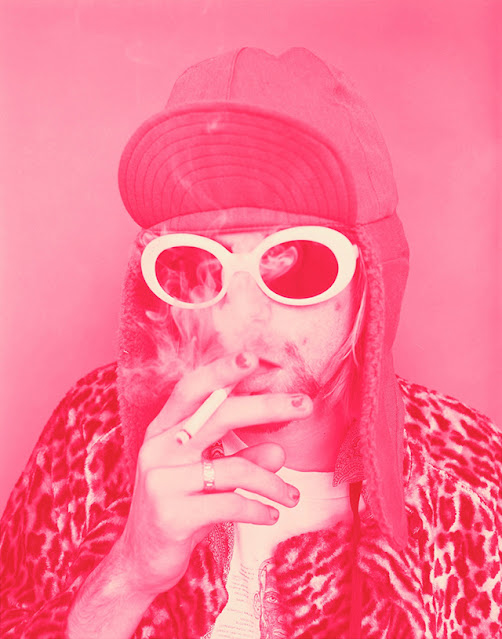 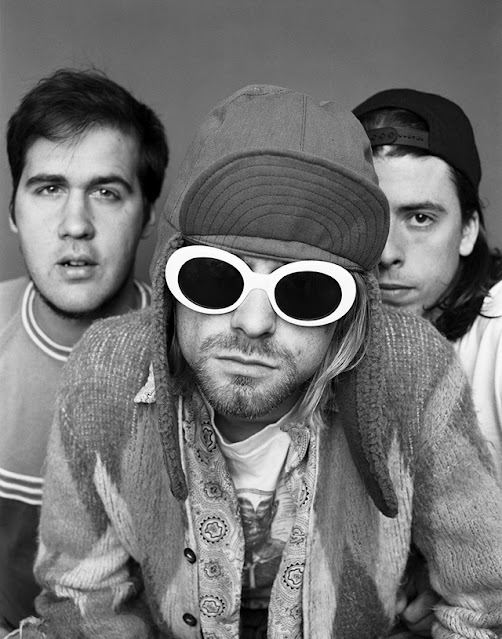 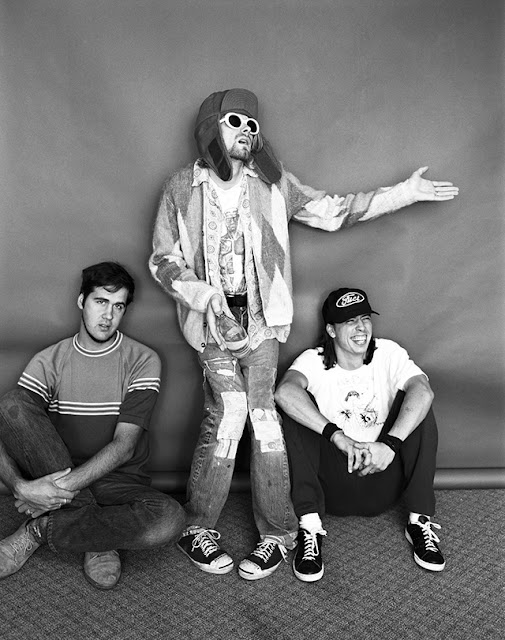 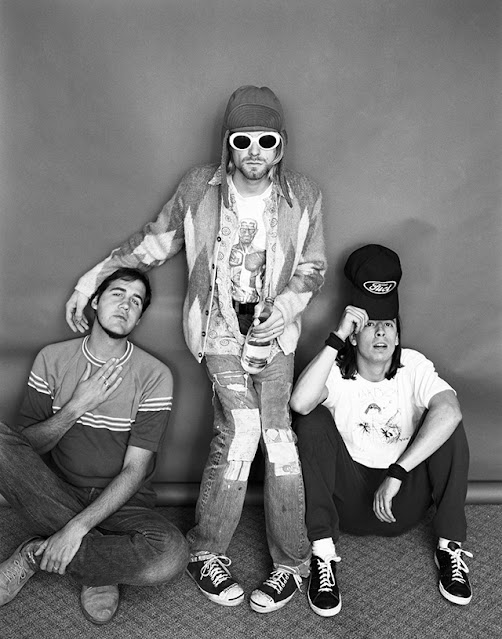 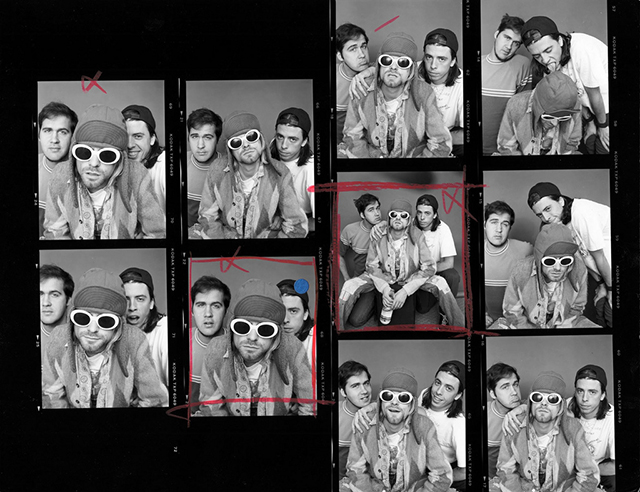 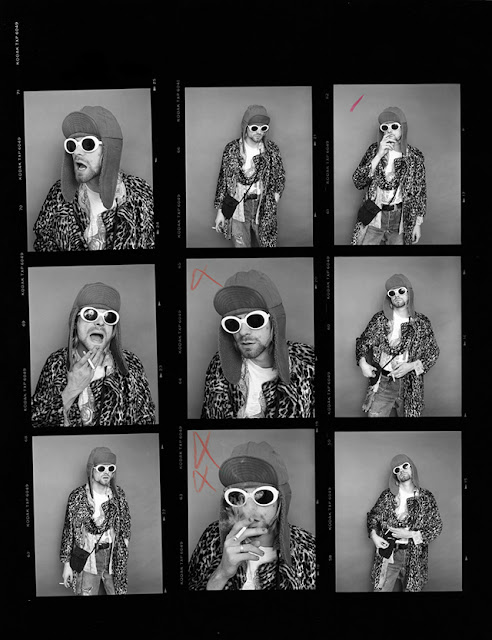 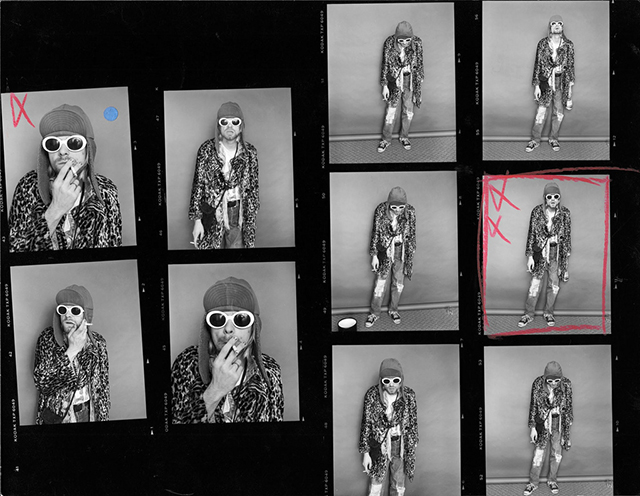 Posted by Yesterday Today at 3:18 PM