The McDonald’s restaurant concept was introduced in San Bernardino, California by Dick and Mac McDonald of Manchester, New Hampshire. It was modified and expanded by their business partner, Ray Kroc, of Oak Park, Illinois, who later bought out the business interests of the McDonald brothers in the concept and went on to found McDonald’s Corporation.

In 1937, Patrick McDonald opened “The Airdrome”, an octagonal food stand, on Huntington Drive (Route 66) near the Monrovia Airport in Monrovia, California. Hamburgers were ten cents, and all-you-can-drink orange juice was five cents.

In October 1948, after the McDonald brothers realized that most of their profits came from selling hamburgers, they closed down their successful carhop drive-in to establish a streamlined system with a simple menu of just hamburgers, cheeseburgers, french fries, shakes, soft drinks, and apple pie. The carhops were eliminated to make McDonald’s a self-serve operation. Mac and Dick McDonald had taken great care in setting up their kitchen like an assembly line to ensure maximum efficiency. The restaurant’s name was again changed, this time to simply “McDonald’s,” and reopened its doors on December 12, 1948. 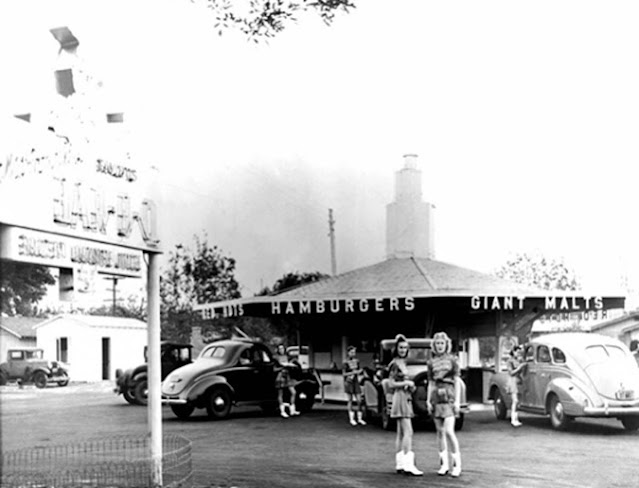 The first McDonald’s opened by Richard and Maurice McDonald on May 15, 1940, at West 14th St. and 1398 North E St. in San Bernardino, California. Female carhops in majorette boots and short skirts served customers. 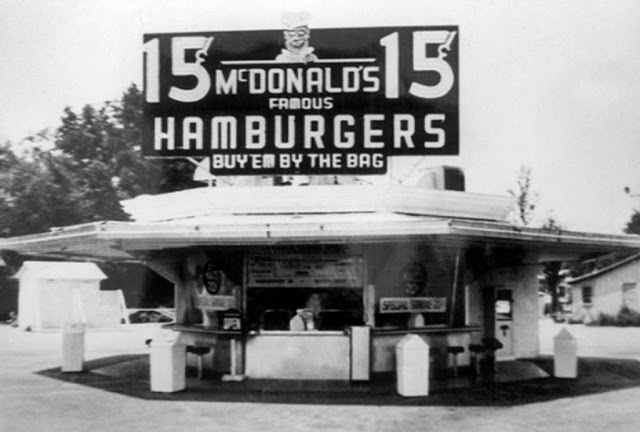 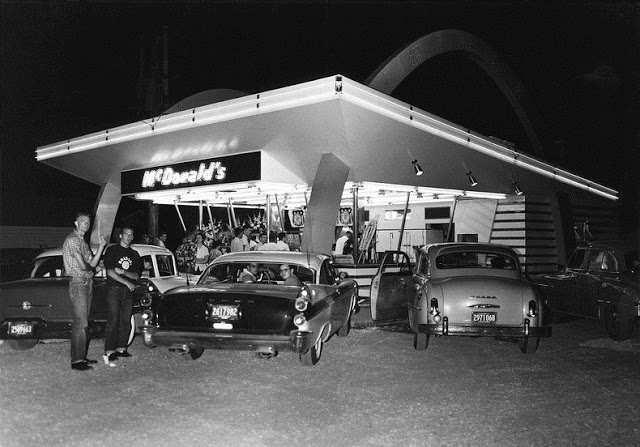 Customers at a McDonald’s restaurant. 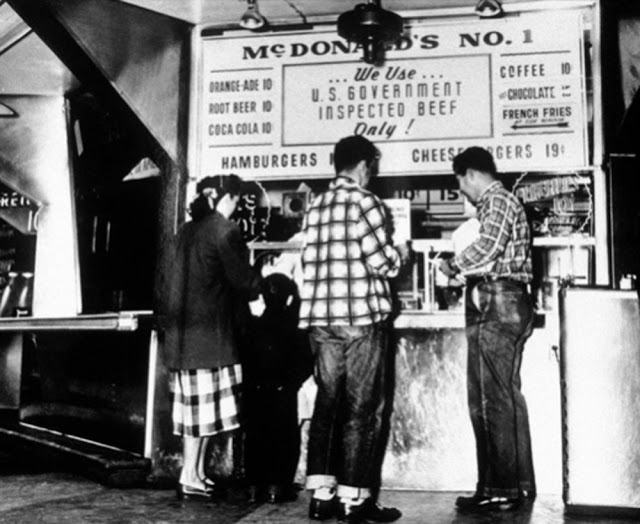 McDonald’s reopened in December 1948 as a self-service drive-in restaurant. 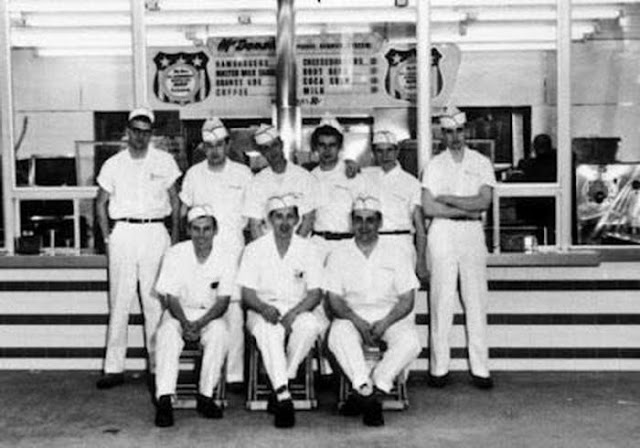 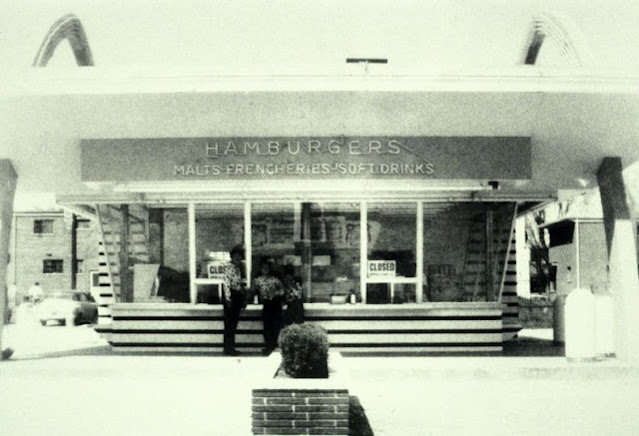 Exterior shot of the first store in Des Plaines, Illinois. 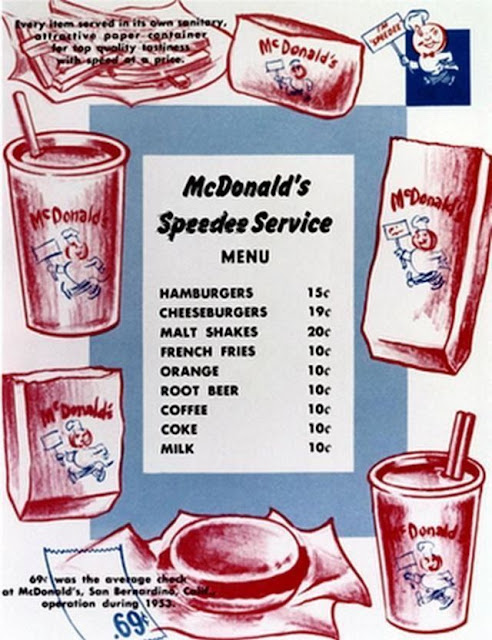 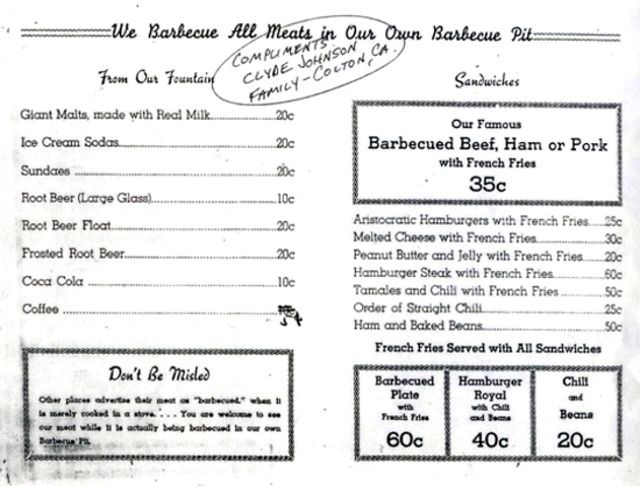 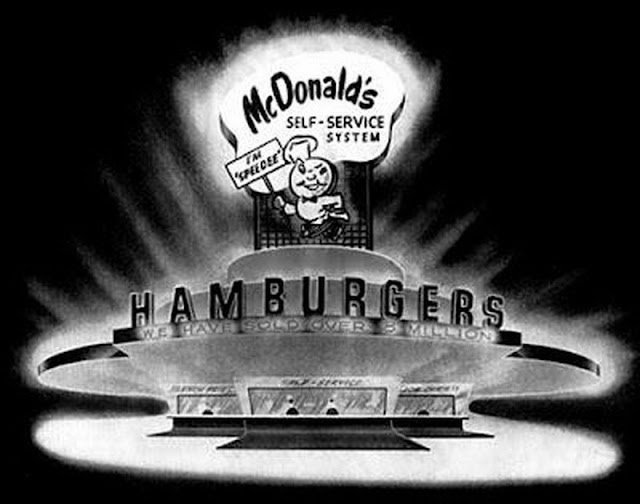 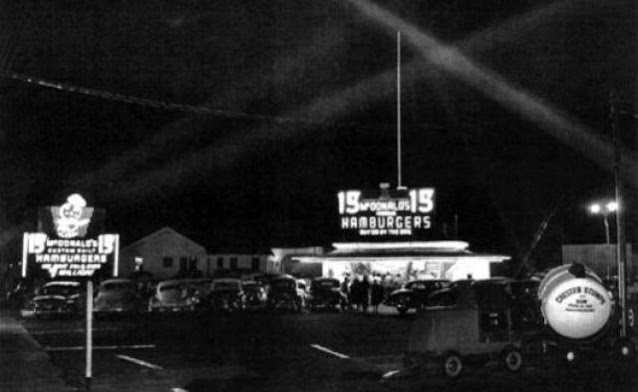 Posted by Yesterday Today at 1:04 PM