Though a lot of people associate men's heels exclusively with the disco era, they had actually gained popularity with the mainstream long before John Travolta ever set a hustling foot on a lighted floor. In fact, the heels of Tony Manero's boogie shoes were actually low compared to some of the men's styles that came earlier in the 1970s.

Recording and performing artists of glam, rock and soul, like David Bowie, Marc Bolan, Peter Frampton, and members of The Jackson 5 were just a few of the male celebrities that helped popularize the men's "high heel" trend in the early part of the 1970s.

In those earlier years, very high, block or chunky heels were usually paired with extremely thick platform soles. Later in the decade, however, the height of the heels came down, while the platform soles were thinner, or completely eliminated.

Shoes with sky-high platforms, like chopines, date back to at least the 15th century. And, even modern platform shoes, like the styles we see today, had been in fashion in both the 1930s and the 1960s, before completely taking over in the 1970s. 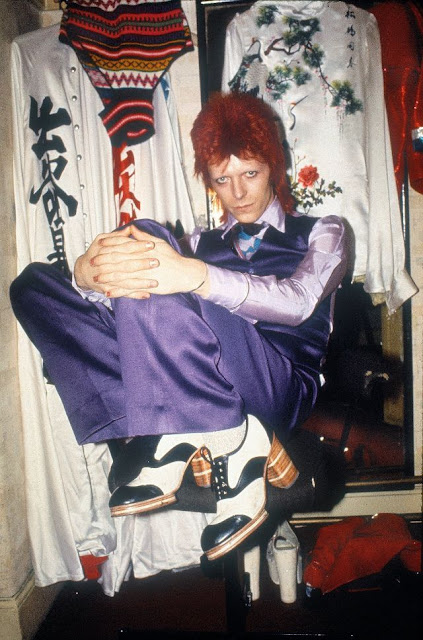 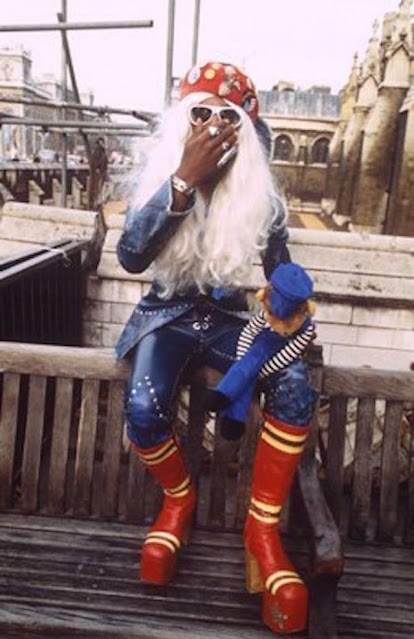 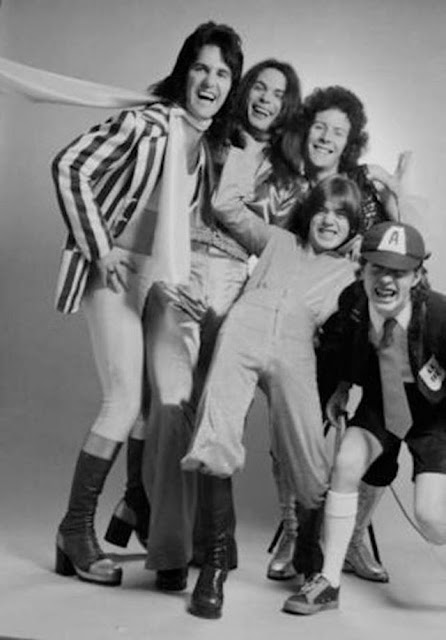 An early version of AC/DC with vocalist Dave Evans looking very glam (far left) with Angus (the only one not wearing heels) and Malcolm Young. 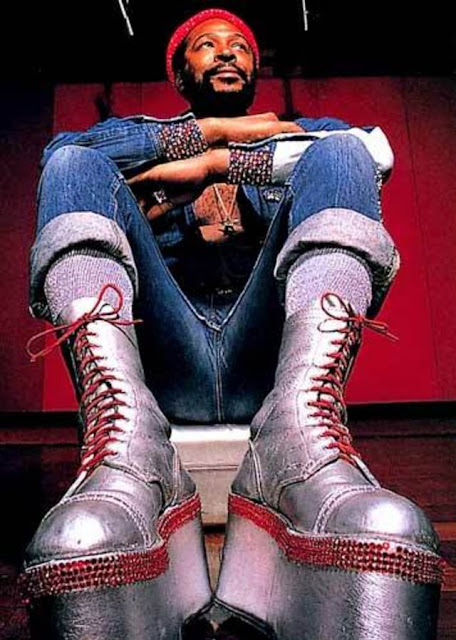 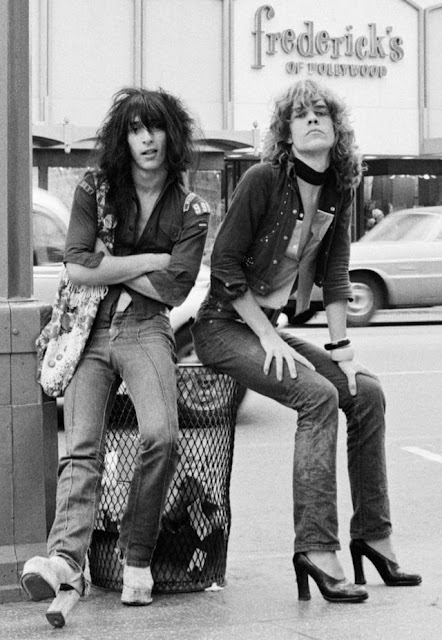 Johnny Thunders and David Johansen of the New York Dolls, 1973. 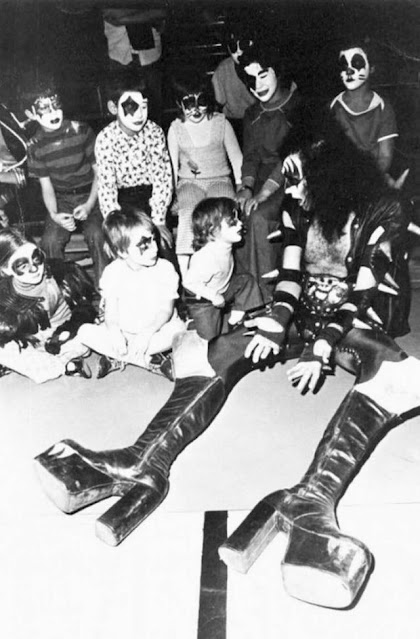 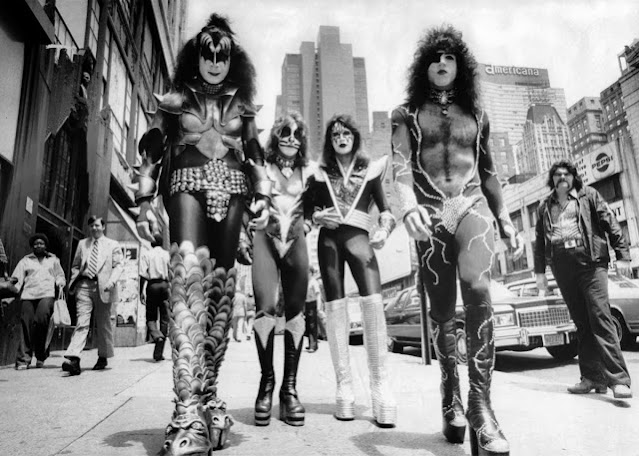 KISS walking on the street of New York City, 1976. 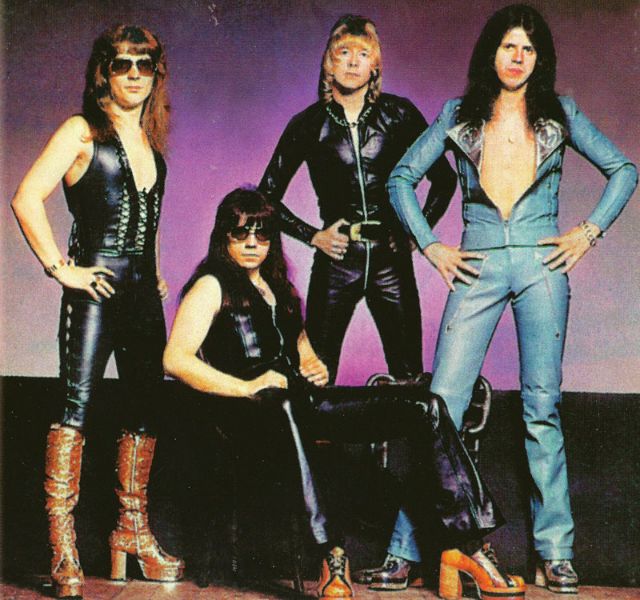 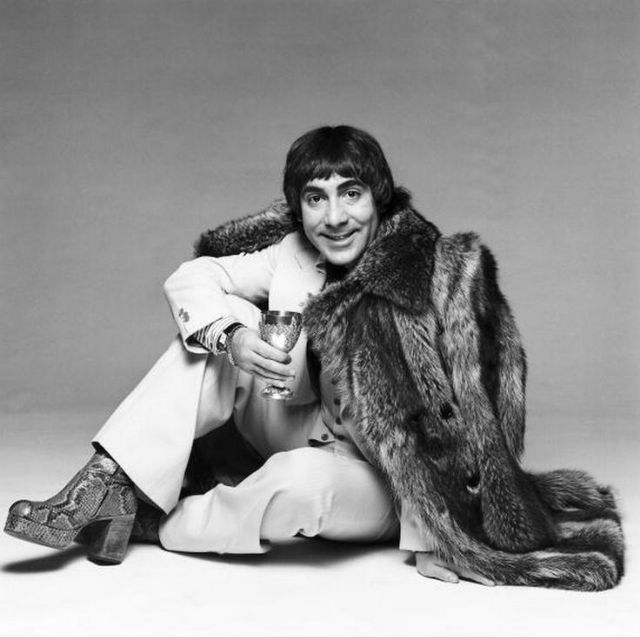 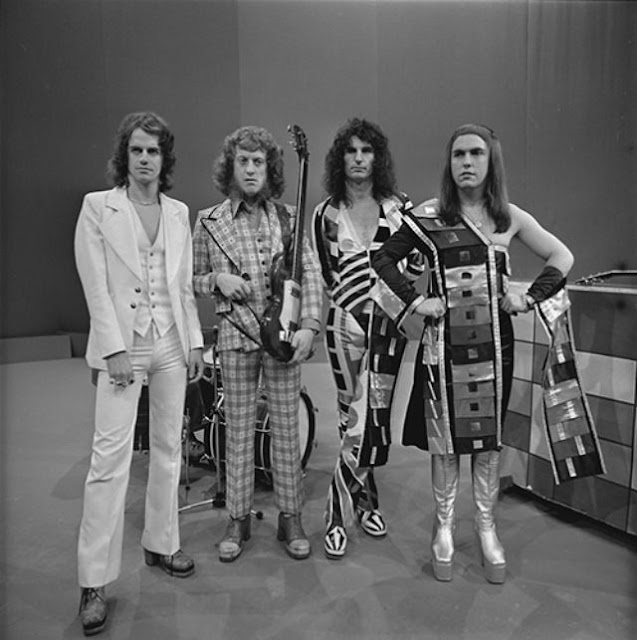 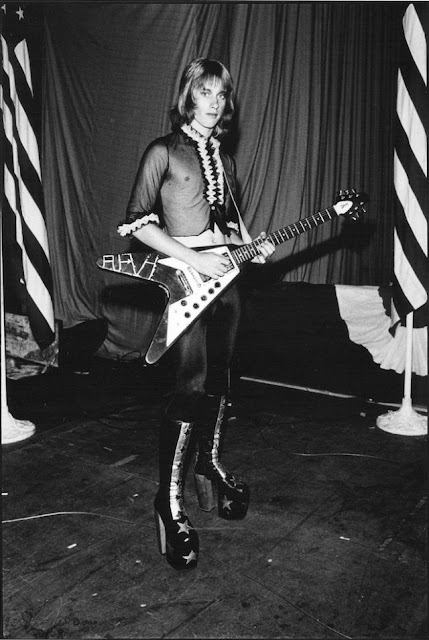 Posted by Yesterday Today at 12:56 PM